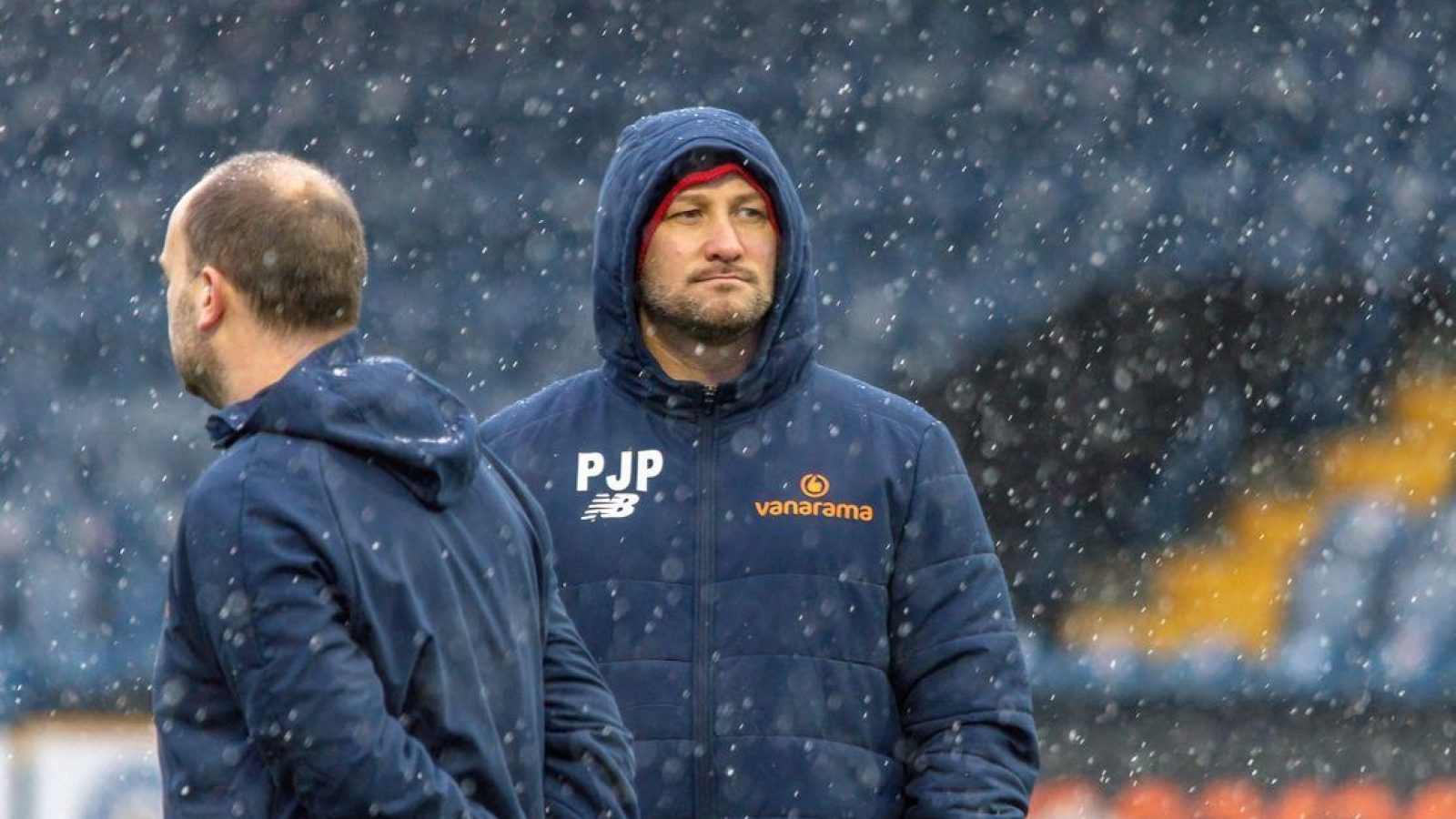 *We go again ... Phil Parkinson will be hoping for a repeat of the belief and resilience that stunned Stockport and brought a deserved point at a snowy Edgeley Park last Saturday. Picture by Michael Ripley.

Sutton United are providing live coverage of tomorrow's Vanarama National League fixture with Altrincham after it was switched from The J.Davidson Stadium to the South London club's artificial pitch.

The change of venue was agreed between the two clubs, with the full backing of the league, to avoid another postponement after snow and freezing temperatures in the Altrincham area rendered the Robins' pitch unplayable.

The return fixture on Saturday, April 17th, originally an away game for Alty, will now be staged at The J.Davidson Stadium.

It is sure to be another stern test for Phil Parkinson's in-form side, against opponents who sit third in the table with games in hand on both teams above them, and you can follow their progress by clicking on the link below to order Sutton's live stream, at a cost of £9.50.

Sutton have also given permission for Radio Robins to broadcast live from Gander Green Lane, and our intrepid broadcast team will be on air from 2.45pm, 15 minutes prior to kick-off.

Laurence Howarth and Brian Flynn will be sharing commentary duties, and, as ever, Radio Robins would like to express their gratitude for the invaluable support of main sponsor Ashley Mowers Garden Machinery and match sponsor The Non-League Lounge.