On the whistle: Altrincham 3 - 2 Chesterfield 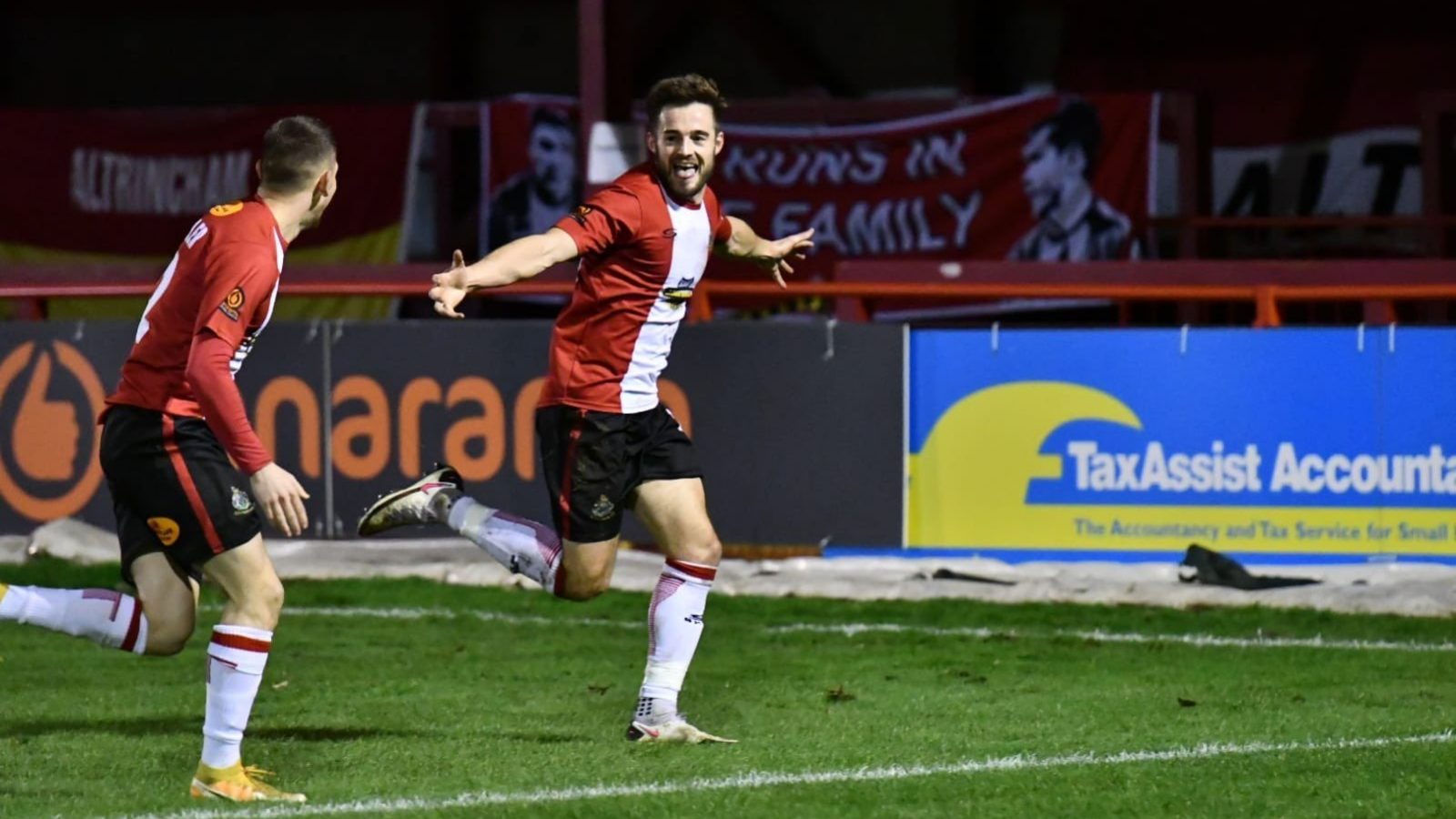 Altrincham welcomed Chesterfield to J. Davidson stadium for an action packed thriller under the floodlights ending 3-2.

Straight out of the gate Chesterfield were the more threatening side, creating early chances down the right side. Chesterfield made their early dominance count, finding the net in the form of a close range header at the back post after 13 minutes. Cropper's shot deflected and found Jonathan Smith who headed the ball back across the goal mouth to Boden for the finish.

Altrincham responded well, beginning to create openings with promising forward interplay. Their creativity paid off in the 29th minute when Matty Kosylo latched onto a long ball from Thompson, threading it through to Adarabioyo in front of goal. The Altrincham striker kept calm and composed, taking a touch before an excellent finish past Addai.

The remainder of the half was spent with both teams battling it out to try and find their second goal of the evening. Sass-Davies and Thompson helped keep the scoreline even with a header off the line and a tip over the bar respectively. Altrincham were not without their chances however. Dales came close to scoring but was ruled offside in a promising position and Sass-Davies had a headed effort from a corner sail wide of the goal.

The second half began with a couple of chances for Chesterfield, most notably another goal line clearance. This time Josh Hancock came to the rescue after a Jonathan Smith header.

It was inevitable that more goals would come and the first of the second half came after Alistair Smith was brought down in the box. A penalty was awarded and Hancock converted it, drilling his effort into the bottom left corner after 62 minutes.

Chesterfield responded instantly with a tremendous strike by Cropper from a wide angle just outside the box finding the net, hardly giving Altrincham a minute to settle down after taking the lead.

Tony Thompson was kept busy this evening making two impressive saves in the second half to deny Chesterfield a third goal.

It was in the 89th minute when the winning goal was taken expertly by Josh Hancock. It was a splendid move by Altrincham with Shaun Densmore's driven ball dummied through the legs of Matty Kosylo. Hancock picked it up on the edge of the box and finished past Addai with a powerful shot.

Altrincham defended their lead in the final few minutes of the game and fought well to get their first home win of the season.