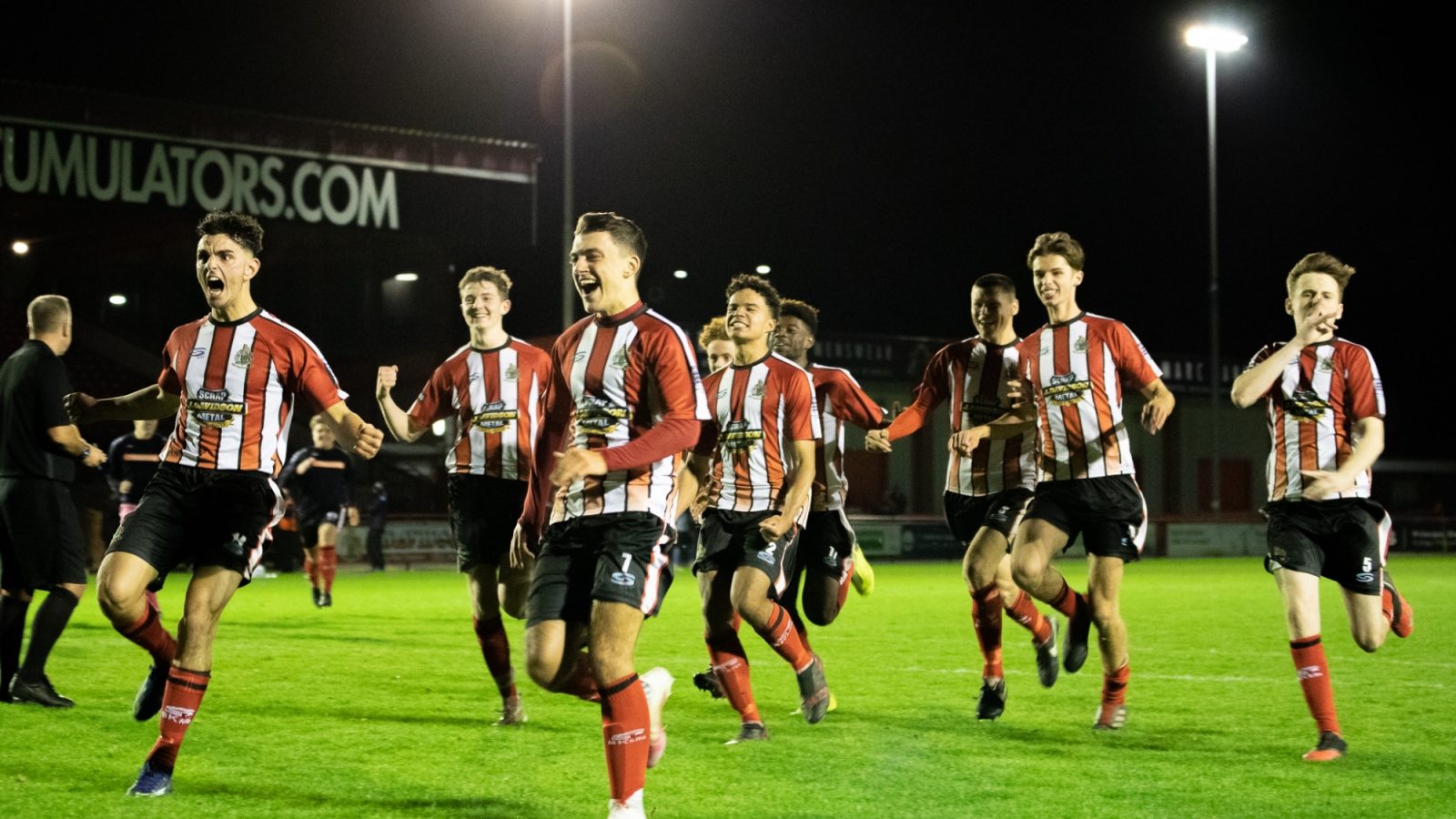 Altrincham take on Peterborough United in the Second Round of the FA Youth Cup tonight and whilst the game is being played behind closed doors, Alty TV Live will be offering the opportunity to experience this important tie in full - streamed live from The J.Davidson Stadium.

There's an opportunity to reach the Third Round of the FA Youth Cup for the first time in the Club's history, with the winner of tonight's tie due to face Doncaster Rovers at home. Doncaster beat Hull City 3-2 last night.

Looking ahead to the game, Rob Esteva commented:

The lads have done extremely well to reach this stage of the FA Youth Cup and they have another great challenge ahead of them. We have already seen how the team have managed to win against full-time opponents and I have no doubt they will compete well against Peterborough.

It is a real shame that fans cannot come to watch and support the lads, but they are well aware of the swell of support they have in and around the club. We have seen Curtis Miller come through the youth ranks and making regular appearances with the first team and there is no reason why some of this current youth team cannot step up and progress through the reserves and into the first team squad

Here's a breakdown of Alty's road to the Second Round.

In heavy rain, second half goals from Matt Sumner and Lewis Billingsly were enough to ease Alty through to the next round.

An early Matt Sumner penalty was cancelled out by two second half South Shields goals - but a late rescuer from substitute Alex Goulden sent the game to penalties, and the Robins edged it out 4-2.

Two goals from Alex Goulden and a Luigi Mongan free-kick were enough for the U18s to equal their best ever run in the FA Youth Cup, with the prize being tonight's tie.

"We have had a great run, and this group has equalled Alty's best ever run in the FA Youth Cup. We have been extremely well supported by the Juniors' Committee and the club Board of Directors. With their help we have managed to convert what would have been 2 months of training (1 hour per week) into a 2-week period (4 hours per week) since the win at Eccleshill United in the last round."

"This has obviously been a shock to the squad of players we work with but hopefully it will result in a good display of their individual ability and positive mentality to drive as a group. I think it's important for supporters to understand the pathway we have striven to develop for players at Alty, initially with the work with Altrincham FC Juniors, but also with the recent introduction of the Academy."

"Tonight we have 5 players who have enjoyed and experienced their football journey with Altrincham from as young as 6. Sam and I are really looking forward to this special game, it has been described to me as a ‘David v Goliath’ tie and we all relish that challenge."

"This club has a great reputation in cup competitions, and we will see what the evening brings. We are as prepared as we can be, we wish Peterborough a safe journey, and we look forward to hosting them this evening."

“The lads are really looking forward to the game as I am. Regardless of the leagues that the two clubs are in, I am confident that we will put in a good performance that everyone at the club will be proud of. We have got a fantastic group of players, and it is going to be interesting to see them up against a full-time professional academy.”

Alty TV Live will be offering the opportunity to experience this important tie in full - streamed live from The J.Davidson Stadium.

You can listen to live commentary of today's game on Radio Robins, sponsored by Ashley Mowers Garden Machinery, and the broadcast starts at 6.20pm. The match commentary sponsor is 'The Non-League Lounge.' The commentary team is  John Edwards & Niall Finnegan.