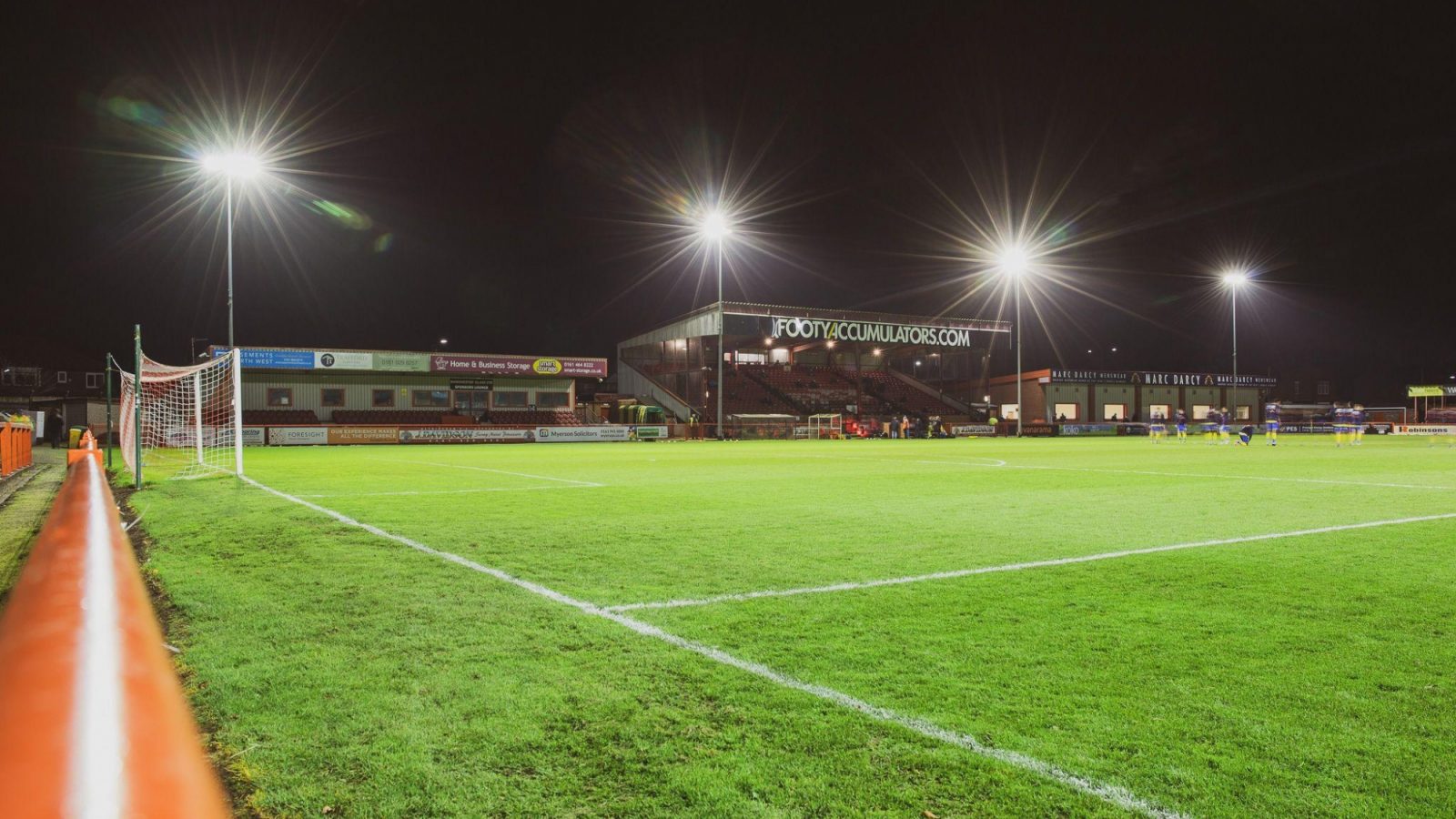 Alty are looking to bounce back from successive defeats this evening with the visit of Chesterfield to The J. Davidson Stadium.

This past Saturday, Alty players trooped off shaking their heads in frustration after laying siege to Aldershot's goal in a one-sided second half but finishing empty-handed for the second time in four days.

The game featured three debutants in loanees Andy Dales and Alistair Smith, alongside Jamie McDonald - all three of which joined the club the day before. Dales particularly grew into the game late on, smashing the crossbar just after the hour mark. Smith and McDonald appeared from the bench in the latter stages of the game.

The result put Altrincham 21st on goal difference, albeit in a very tight bottom half of the National League which sees just four points separate 12th from 23rd. Obviously it is too early to start talking about must-win encounters, but three points from tonight's meeting with the 19th placed 'Spireites' could change our position substantially and give Robins fans a revived perspective on the start of the season.

Taken from a piece with Tony Thompson in this evening's digital match programme.

Additionally, Brian Flynn spoke to full back Connor Hampson after Saturday's game. Despite Altrincham's poor fortunes and mixed start to life back at National League level, one consistent has been the strong performances of Alty's number three.

Alty fans will no doubt welcome the news that Ritchie Sutton and Andy White are nearing a return to full fitness and could be in contention this evening. It goes a small way towards restrengthening a Robins squad that has been decimated by injuries in recent weeks.

Chesterfield will still be without striker Nathan Tyson for Tuesday night’s trip to Altrincham. The striker is also likely to be out for Saturday’s clash against Notts County. Midfielder Liam Mandeville is back training after self-isolating. Defender Josef Yarney is available for selection after completing his three-match ban.

And from the same piece, some words from Chesterfield boss, John Pemberton:

"Altrincham last season were arguably, in the National League North, I think were the best footballing team in the division,” Blues boss John Pemberton said.

“They have found it difficult to adapt to the level, which some people do, but they play a certain way and they have an identity how they play and if you don’t defend properly they will cause you problems."

“Like us, their confidence is probably a little bit low at the moment regards of their results, but I am sure they will be looking at this game thinking we might be a possibility that they could turn their season around so they are all problem games unless we attack it in the right manner.”

You can listen to live commentary of today's game on Radio Robins, sponsored by Ashley Mowers Garden Machinery, and the broadcast starts at 7.30pm. The match commentary sponsor is 'The Non-League Lounge.' The commentary team is Paul Salt & Andy Ainsworth