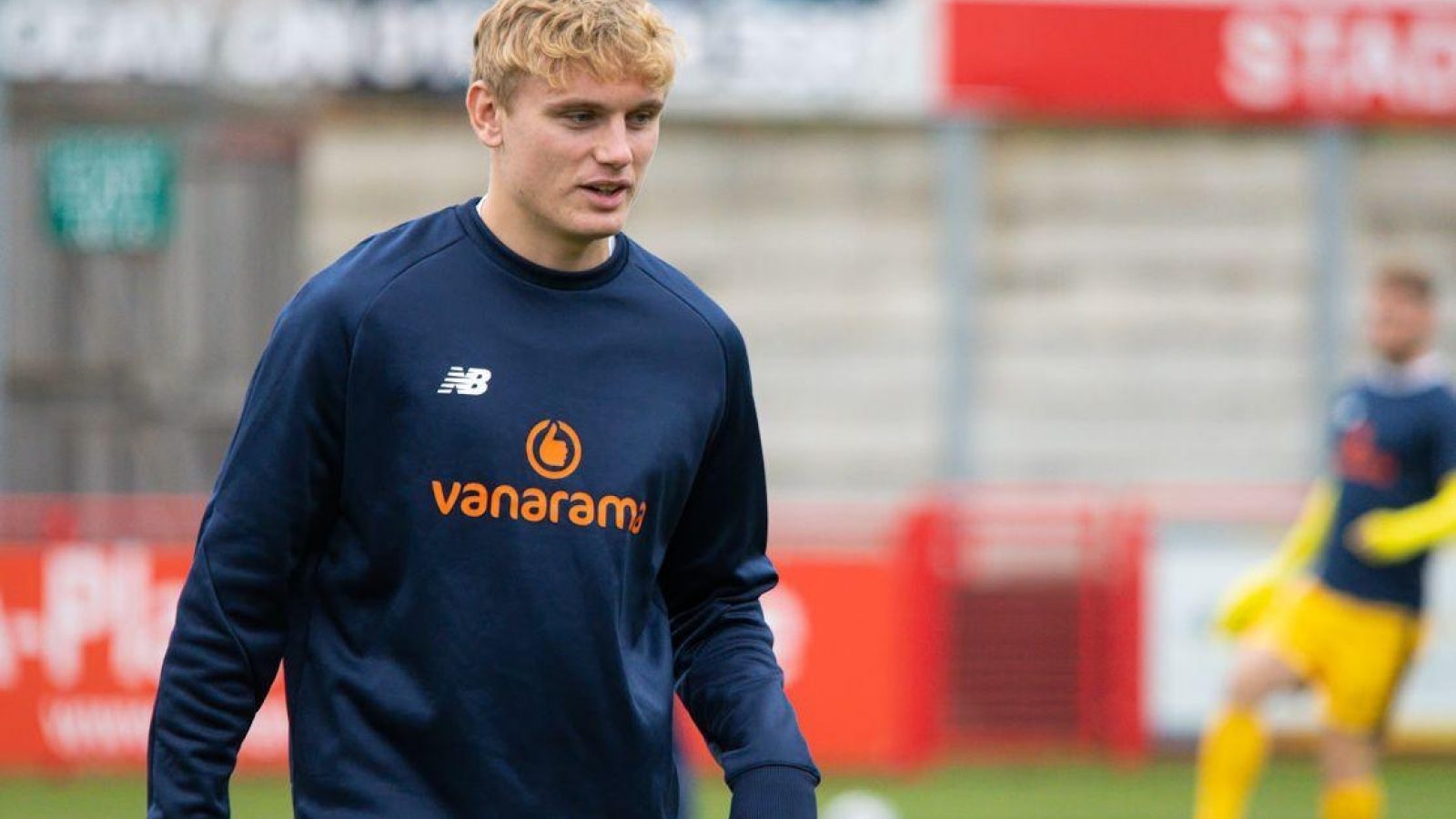 Billy Sass-Davies' loan spell with Altrincham has been cut short after he was recalled by his parent club, Crewe Alexandra.

The powerfully-built centre-back was recruited for a second loan spell with the Robins by manager Phil Parkinson on November 6th after an injury to Toby Mullarkey left Alty low on numbers at the back.

It proved a timely move, with Ritchie Sutton joining a lengthening casualty list in only the 18th minute of Alty's 1-0 defeat at Wealdstone the following day and Sass-Davies going on as substitute just 24 hours after joining up.

Now, ironically, it is a mounting injury crisis at Crewe that has forced them to notify Alty that the defender is wanted back at the League One club with immediate effect.

The 20-year old returns to Gresty Road with the best wishes of everyone at The J.Davidson Stadium after he followed up his substitute appearance at Wealdstone by reeling off starts against Solihull Moors, Aldershot, Chesterfield, Boreham Wood and Bromley and signing off by helping protect the Robins' 1-0 lead as a late sub at Wrexham on Tuesday night.

Midfielder Joe Robbins is also heading back to Crewe after his loan spell expired. Joe made a favourable impression during and after his debut in Alty's 1-0 win at Dover Athletic on October 31st, and everyone at the club thanks him for his contribution.