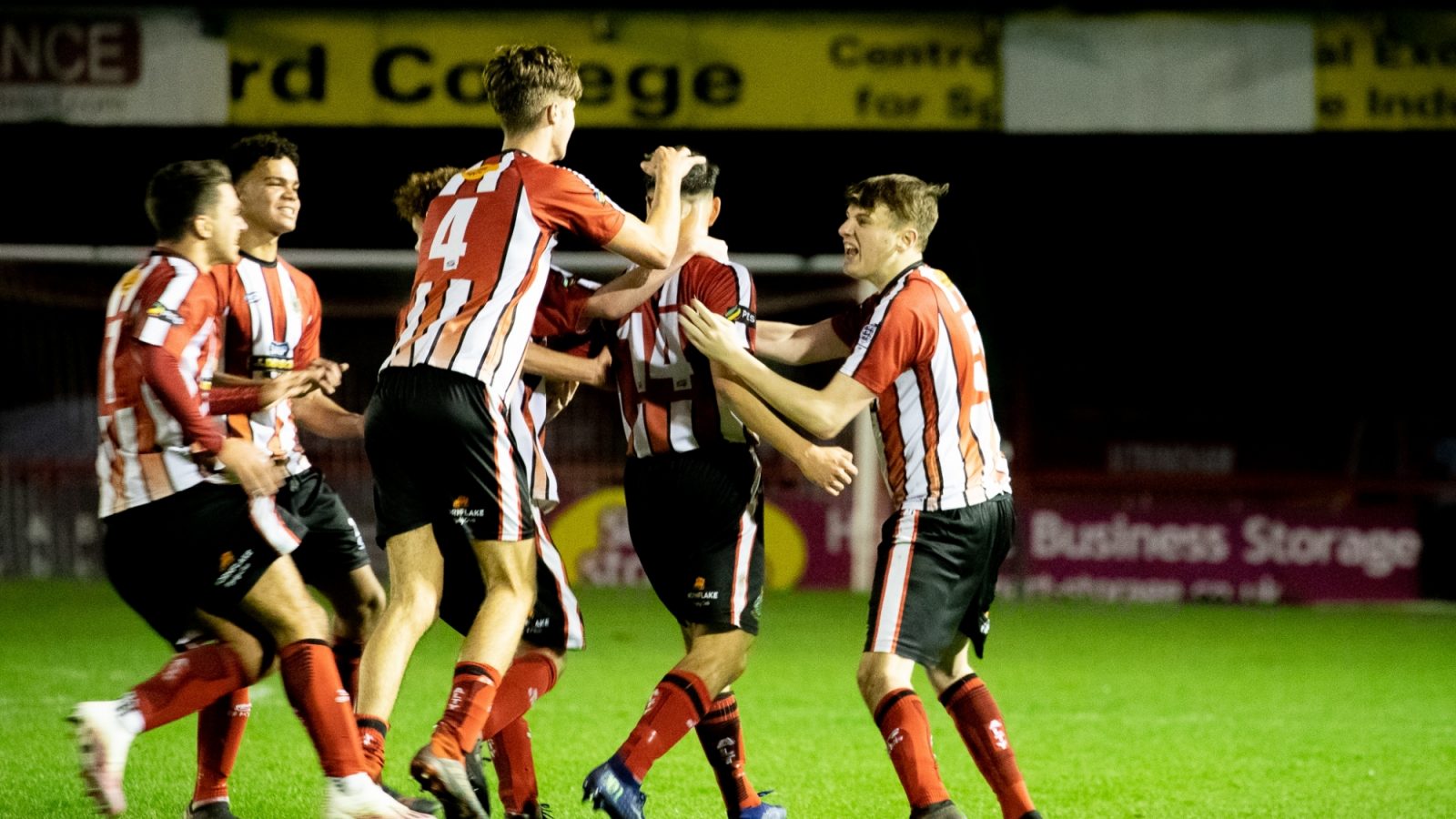 Altrincham take on Peterborough United in the Second Round of the FA Youth Cup
tonight and whilst the game is being played behind closed doors, Alty TV Live will be offering the opportunity to experience this important tie in full - streamed live from The J.Davidson Stadium.

This season's Youth Cup run has seen the Young Robins beat City of Liverpool (2-0) and South Shields (2-2, won on penalties) at home before a road victory at Eccleshill United (3-1) on 4th November.

There's an opportunity to reach the Third Round of the FA Youth Cup for the first time in the Club's history, with the winner of tonight's tie due to face Doncaster Rovers at home. Doncaster beat Hull City 3-2 last night.

Looking ahead to the game, Rob Esteva commented:

The lads have done extremely well to reach this stage of the FA Youth Cup and they have another great challenge ahead of them. We have already seen how the team have managed to win against full-time opponents and I have no doubt they will compete well against Peterborough.

It is a real shame that fans cannot come to watch and support the lads, but they are well aware of the swell of support they have in and around the club. We have seen Curtis Miller come through the youth ranks and making regular appearances with the first team and there is no reason why some of this current youth team cannot step up and progress through the reserves and into the first team squad.

We will be bringing you more build up
as part of a preview later today.