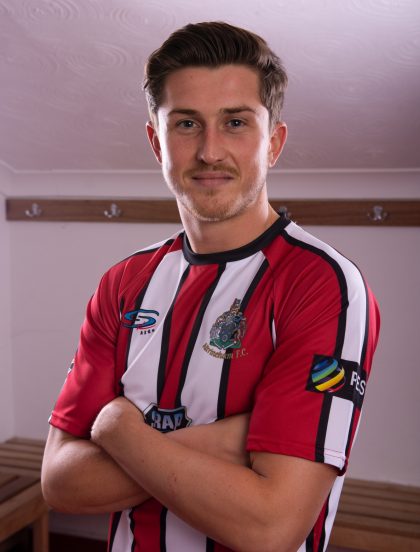 Left-back Hampson joined Alty on loan from Stockport County, before joining permanently shortly after. Also capable of playing in midfield, he also filled in at centre-back for the end of season run in, helping the team to promotion.

Before joining Stockport, Connor had played for Curzon Ashton for six years. Prior to his spell at the Tameside Stadium, he had played under future Curzon manager John Flanagan at Mossley from the age of 16.