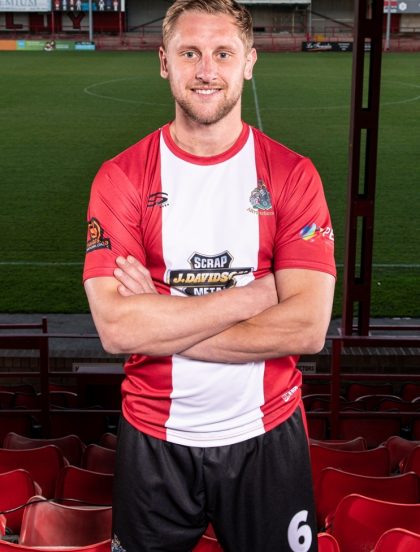 Central midfielder Jake originally signed for Alty in 2012 on a 93-day loan, but his impressive performances in the centre of the park soon earned him a permanent deal. Since then, he has filled in at a number of positions, taken the captain's armband and even had a brief spell as caretaker manager! Perhaps his most memorable moment in an Alty shirt came in 2015 when he scored a 30-yard lob against Colchester in the FA Cup.

Prior to joining Alty, Jake had played for Port Vale, Stafford Rangers, Kidsgrove and Alfreton.