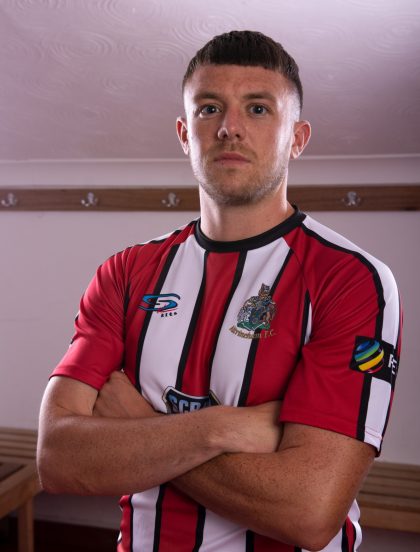 Striker Jordan Hulme is one of Alty's leading lights. Skilful, energetic and aggressive, Jordan is a match for any opposition defence, as he showed in his first season for Alty, bagging an impressive 31 goals in 54 appearances, culminating in his being named EvoStik League player of the season.

Jordan played local football before joining Padiham and then Ramsbottom United, before following the Rams' management team to Salford City in 2015.