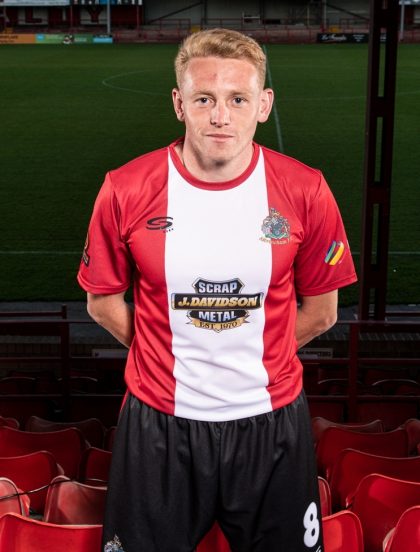 Midfielder Sean is in his second spell with Alty, having spent a season with the Robins in the Conference Premier under Lee Sinnott in 2014. Hard working and tough tackling, Sean showed his ability whilst playing for Alty's title rivals Warrington Town last season

Prior to his initial spell at Altrincham, Sean had played for Stockport County, Vauxhall Motors, Hyde, Skelmersdale United, Halifax Town and Colwyn Bay. After being released, he signed for Hednesford, then joined AFC Telford before playing for Warrington.