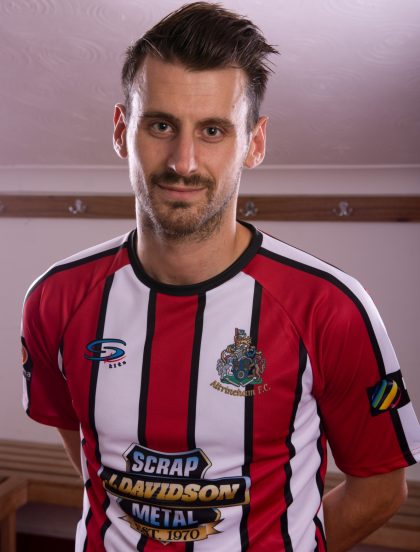 Simon is a hardworking and powerful midfielder who joined the club in the summer of 2011 as one of Lee Sinnott's first signings. Although mainly a central midfielder, he has sometimes been deployed on the right side either in midfield or defence. Throughout his time with the Robins, Simon has always been one of the fittest and most determined players at the club.

Simon began his career in the Football League with Port Vale, making 48 appearances between League One and League Two. In 2008-09 he was Vale's young player of the season. Following his departure from Vale, he had a brief spell with Worcester City before joining Alty. He has also represented the Great Britain Universities side, helping them to a silver medal in the World Games in 2013.