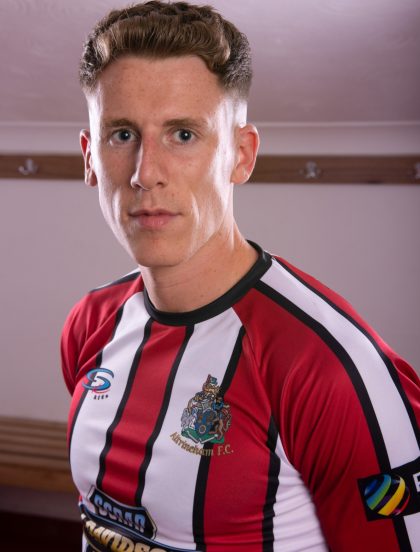 Forward Tom joined Alty in 2017 and established himself as something of a “super sub” often coming off the bench to score. He scored 11 times in his first season and provided an extra option on the wing or up front for the Robins.

Tom began his career with Chester City, progressing from the youth team to the first team before gaining experience during spells on loan at 1874 Northwich, Marine, Salford City and Hednesford. Following his departure from Chester, he joined Hednesford before moving on to AFC Telford. Later, he played for Warrington and Droylsden before joining Nantwich. He spent the summer of 2018 on loan from Alty to American side New Orleans Jesters.