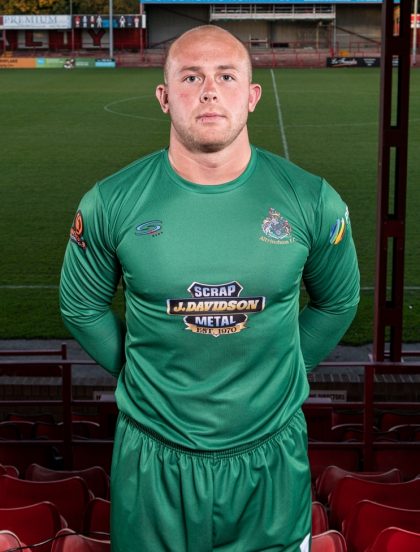 Talented young goalkeeper Tony joined Alty in the summer of 2017 after appearing in several pre-season games. After initially acting as an understudy to Tim Deasy, he soon established himself as Phil Parkinson’s first choice goalkeeper and was a key part of the EvoStik title winning squad.

Before joining the Robins, Tony had began his career with Rotherham United. He gained experience on loan out at Curzon Ashton, Ossett Town, Chelmsford City and Southport.

He later transferred to Morecambe where he made two professional appearances before making the move to Chester and then AFC Fylde from where he went out on loan to Warrington Town.