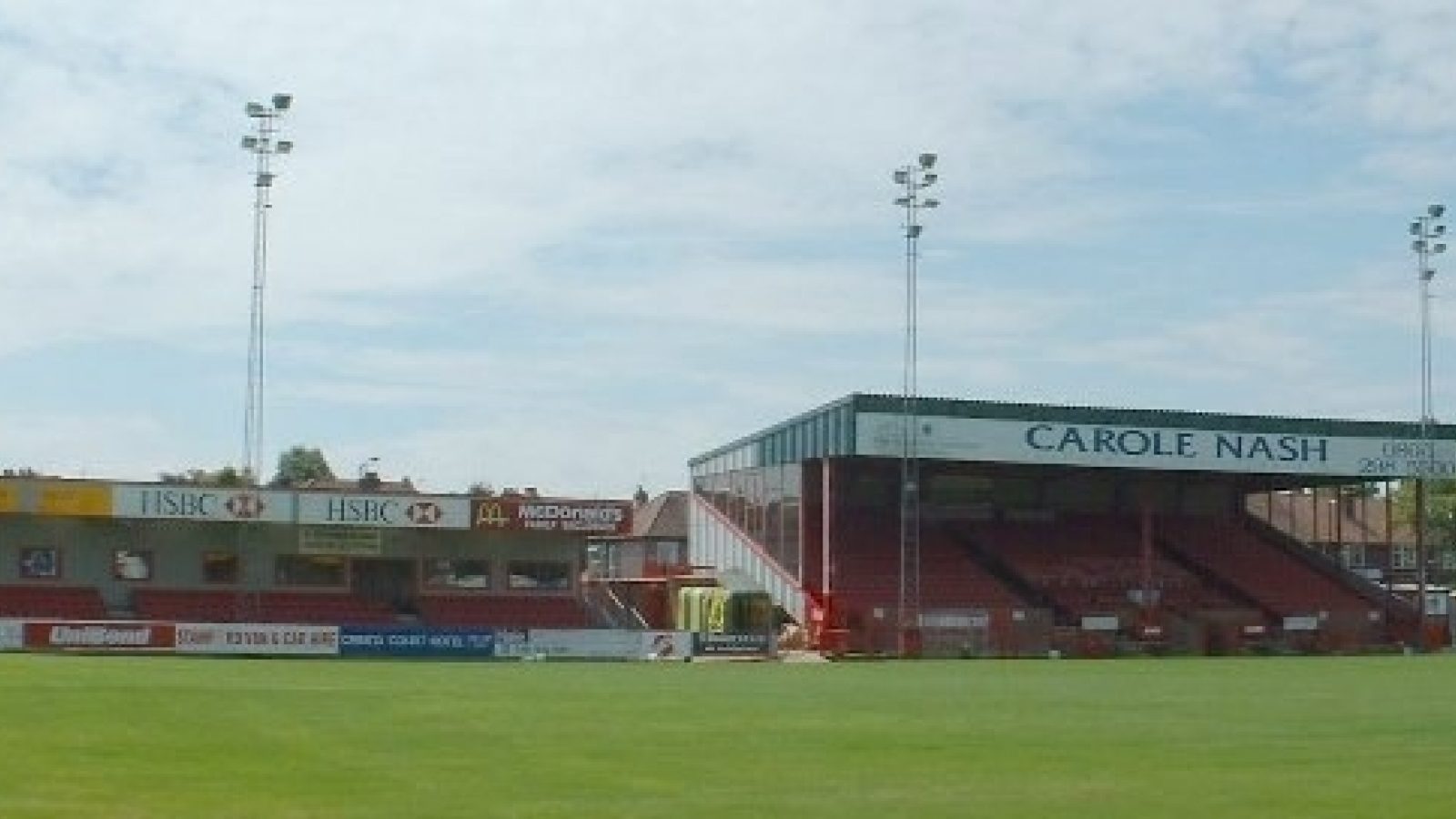 The Legal Name of the club is Altrincham Association Football Club Limited.
The club’s company number is 176333
Significant interests in the club (ie holders of a > 10% shares) - no one has greater than 10% shareholding.


Altrincham FC's home since 1910 has been at Moss Lane, Altrincham WA15 8AP. On 10 July 2013, it was announced that the stadium would be known as the J. Davidson Stadium, following a sponsorship agreement with the Club's main sponsors, J. Davidson, scrap metal processors, of Altrincham

The excellent match-day programme is The Robins' Review, edited by Grahame and Terry Rowley with various contributions from John Edwards, Bill Waterson and much more. It is a colour publication, packed with news, statistics and photographs.

Our bar in the Community Sports Hall is open for every first team match and all proceeds go directly to the club. On the occasions when matches are segregated, the Hall is only open for home supporters. The bar is equipped with several HD TV screens and a Premier League match is usually shown on Alty matchdays. Food and non-alcoholic drinks are also available at the permanent catering facility at the Golf Road End and from the mobile canteen at the away end, both of which are open for all first-team games.