A tidy number! Alty volunteers out in force for Operation Clean-Up 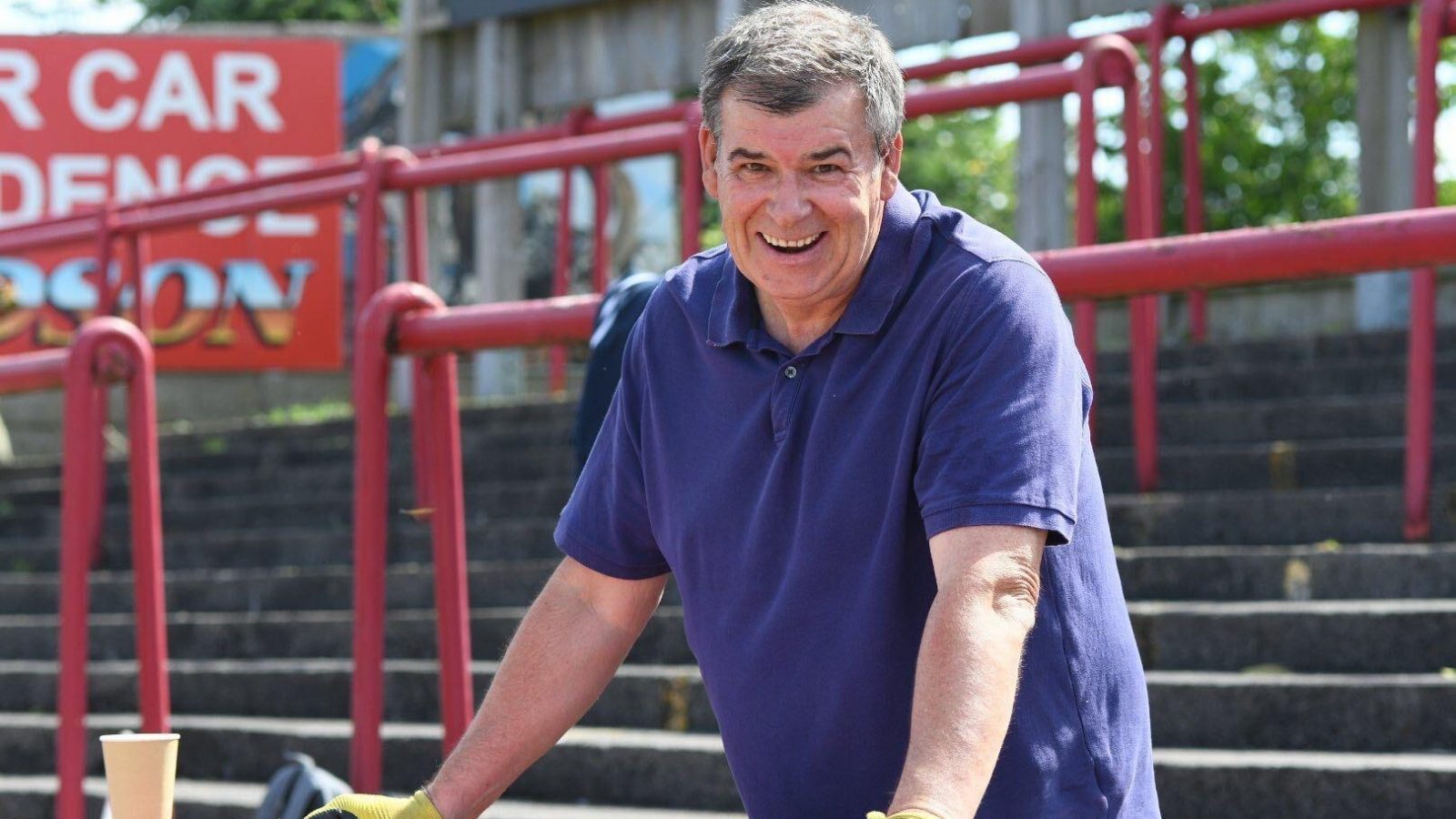 The various elements of Altrincham FC are often referred to collectively as the Alty family, and anyone wondering why would have found the answer at The J.Davidson Stadium on Saturday.

An appeal had gone out for volunteers to form the first working party of the summer, and not only did the response exceed expectations in terms of numbers, it embraced all parts of the club.

A quick roll call revealed very nearly 50 had turned up - just about as many as could safely be accommodated while observing social distancing - and, as they awaited instructions, it became clear the board of directors, club officials, coaching staff, playing squad and, of course, fan base were all represented.

As usual, whenever there's an opportunity to help the club out, Alty supporters reacted swiftly, decisively and in numbers, and they formed the bulk of a workforce that made serious inroads into a lengthy list of jobs and earned the heartfelt gratitude of director Neil Faulkner, who organised the day.

'What a great turnout from the fans, from Phil (Parkinson) and Neil (Sorvel) and from the players,' said Neil. 'We had so many volunteers that we had to limit the numbers to make sure we maintained social distancing, but we've got a couple more work days to come, so if you weren't there on Saturday, please sign up to help on future dates.'

With manager Phil Parkinson, his assistant Neil Sorvel and several first-teamers proving themselves capable handymen alongside an army of willing and hard-working fans, significant progress was made in sprucing up the stadium, as Stuart Buchan, another influential figure in planning the day, outlined with the following update.

'Key jobs focused on during the day were as follows,' he reports. 'Wash down of the Community Sports Hall and Sponsors' Lounge fascia led by Angus McLaren plus his five mates,

'A large team led by Graeme McLaren and Nigel Bunce, including players and Phil, etc, working on the Chequers End barrier, prep and painting.  Two teams of fans operating at the Golf Road end, both corners cleared of rubbish and left looking really neat. External perimeter of the ground reviewed, lots of old rotten signage removed and a start made on painting the front wall capping. Both metal gates on Golf Road prepared for painting next time. Sponsors' Lounge black gate re-stained in black.'

The next working party is on Saturday, June 27th, again starting at 10am, and Stuart added there will be a 'big focus on completing the Chequers End barrier refurbishment, so lots of grinding, sanding then painting', though it has been decided to hold back on the traditional seat cleaning until there is a clearer picture of when football at our level will resume.

It is clear that these get-togethers provide a sense of camaraderie and feeling of satisfaction at contributing so constructively to the club's wellbeing, as well as requiring a willingness to graft, so if that appeals and you would like to attend the next one, please contact Neil at [email protected] to register your interest.

Many thanks once again to each and every person who helped make Saturday's opener such a resounding success.