A View from the Opposition - Torquay United 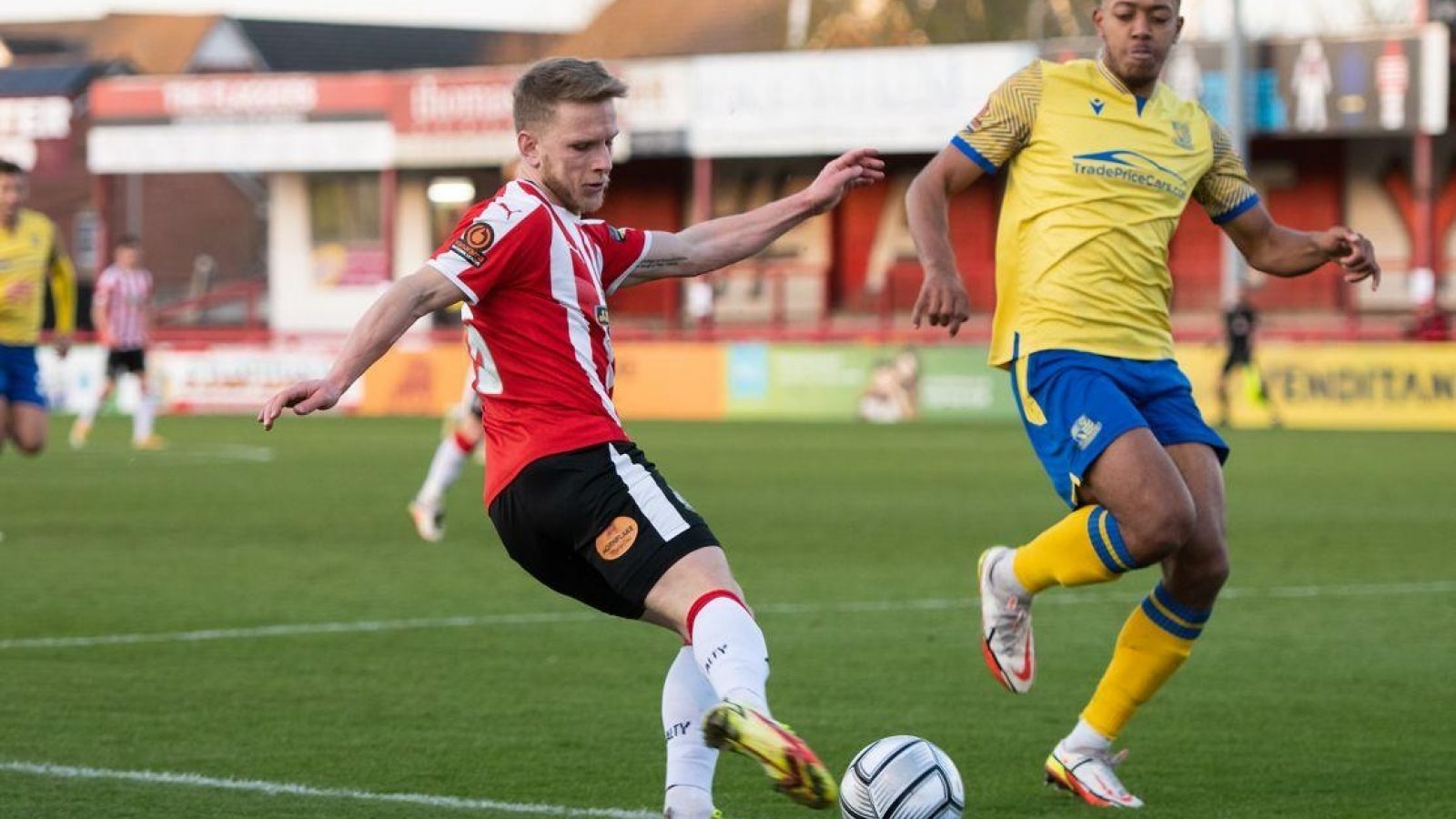 *Singled out .. Matty Kosylo gets the nod as the Alty player Torquay fan Nigel Tabb would love to see at Plainmoor. Picture by Michael Ripley.

Having started the season relatively poorly, Torquay United have turned things around and are now beginning to mount a promotion charge, winning four out of their last six games. Ahead of their visit to The J.Davidson Stadium on Saturday, Fred Welsman spoke with Nigel Tabb, a lifelong Seagulls fan, to get the inside scoop on all things Torquay.

Q: How are Altrincham generally viewed in your part of the world, as a club and as a team? Are there any specific players that you think would do well at Torquay?

A: As a Torquay United fan, I would regard Altrincham FC as a well-run club and a good asset to their local community. Amongst many former Football League clubs with large followings and budgets in the National League, Altrincham hold their own very well and a play-off spot would be a fine achievement.

Altrincham's FA Cup exploits are well respected. The player I would take from Altrincham would be Matty Kosylo - always impressed against Torquay, going back to his time at Halifax.

Q: What is your take on the last few years as a Torquay fan, and what were your hopes for the season?

A: No Torquay supporter wanted to see our club relegated to the National League South but it helped with a revival in the club's fortunes - an enjoyable season and winning our first title since 1927 was brilliant!

We had a steady season in the curtailed 2019/20 season, but 2020/2021 exceeded expectations, getting into the play-offs. It was, however, a major disappointment to lose on penalties in the final after topping the league for much of the campaign.

Another place in the top seven would have been the expectation at the start of this season, but a loss of key players last summer and replacements taking time to settle have hindered progress so far.

Q: At near enough the halfway point, how are the fans feeling about the season?

A: The fans have been happy with the upturn in form in recent games in the league after a difficult start. A certain amount of discontent in the first few months of the season, and early exits from the cup competitions, did not help.

Q: What style of play do Torquay try to implement? Does your play depend on any particular players within the squad?

A: We like to play with three central defenders with the wing-backs alternating with the midfield. Keelan O'Connell and Dan Martin are holding the wing-back positions as I write and Armani Little, Connor Lemonheigh-Evans are the creative midfielders.

Q: Who are your most important defensive and attacking players?

A: Armani Little is the key to making the team click. He has excellent vision, and, with his passing, he could do well in the EFL. Being our leading scorer with 10 goals from midfield at the end of December has to be admired. Joe Lewis and the experience of Dean Moxey are vital to our defence and the return of Shaun MacDonald has been good for competition in goal.

Q: Who are the best team to visit Plainmoor this year?

A: I was impressed with Grimsby Town, FC Halifax Town and Stockport County at Plainmoor this season, but I would nominate Dagenham & Redbridge as the best so far.

To go down by two goals after 12 minutes but maintain fast good passing football on a Plainmoor pitch that was cutting up after heavy rainfall and regaining parity with a 2-2 draw was impressive - Torquay's defence did well to earn a point.

Q: If you could bring back any old Torquay player who would it be?

A: I would bring Billy Waters back. A surprise that he was not offered a new contract last summer. He had a good goalscoring record - mostly coming off the bench. His pace and goalscoring record at Halifax this season shows his quality at this level.

Q: And finally… your prediction for the game?

A: Torquay to win 3-2. Having correctly predicted a 3-2 win in the AFC Fylde programme two years ago, I'll go for that again. I predicted a 3-2 win at Stockport last season, and though that one didn't quite work out, as the game ended 2-2, I'll stick with 3-2!