A warm Alty welcome to Venditan, new sponsors of the iconic Golf Road! 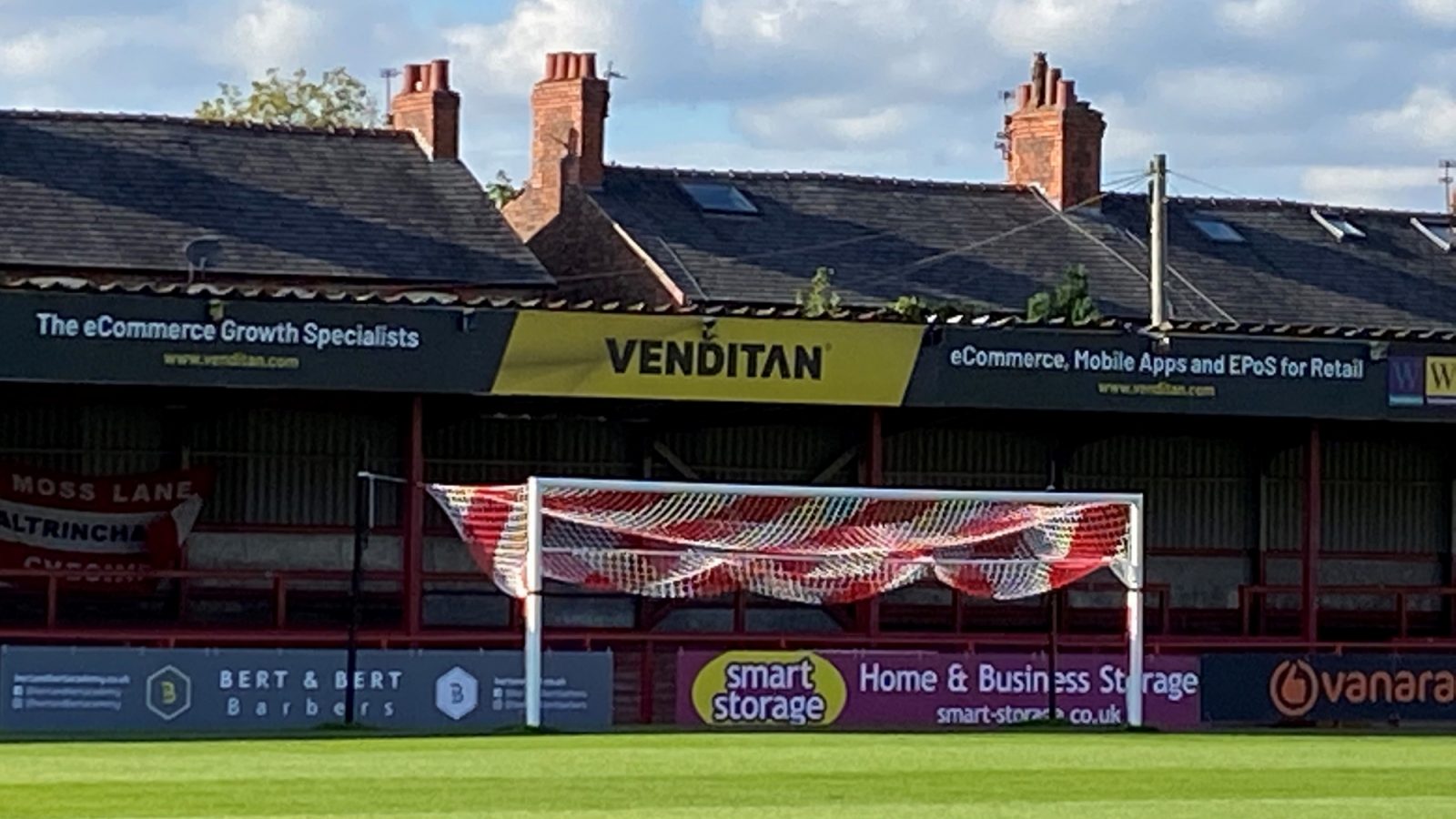 Altrincham are delighted to announce another notable addition to their list of partners after Manchester-based technology experts Venditan became the new sponsors of the Golf Road end at The J.Davidson Stadium.

Sponsorship of the famed terracing at the town centre end of the ground previously belonged to Catax but became available when the tax specialists from down the road near Stamford Park stepped up their involvement with the club by switching to the Popular Side.

The vacancy was soon filled, as award-winning eCommerce and Retail Software market leaders Venditan seized the opportunity to attach their name to an iconic terrace renowned over the years as Alty's 12th man.

Venditan will be well known to Robins fans, since their managing director is none other than Alty board member John Coyne, and news that they are strengthening their ties with the Robins after already taking out membership of the Business Club has been received enthusiastically by everyone at The J.Davidson Stadium.

Based on Fountain Street in Manchester and with a growing reputation for building unrivalled eCommerce solutions for ambitious retailers and distributors, Venditan's link-up with Alty is a further example of how the club's fortunes are flourishing on and off the pitch.

Reflecting on their decision to join forces with Alty as official Golf Road sponsors, Venditan chairman Chris Maule said: 'As a fast-growing business, we want to increase exposure in the UK and further afield, and it's clear Altrincham have the same drive and ambition to keep moving in the right direction.

'They are a perfect fit for us, and I'm delighted we have added this sponsorship of the Golf Road end to our membership of the Business Club. It's great to be attached to a football club, all the more so one that's local to us and clearly going places. Long may it continue.'

As illustrated in the image above, the new sponsorship arrangement is all set for a public unveiling against Notts County on Saturday, with a slick, impressively-designed Venditan board spread across the front of the Golf Road roof and ready for its debut on what promises to be a memorable afternoon against one of the Vanarama National League's biggest names.

In welcoming Alty's latest partner to The J.Davidson Stadium, co-chairman Bill Waterson commented: 'To have a thriving company like Venditan as new sponsors of the Golf Road is a most welcome development that further underlines the direction we are moving in as a club.

'Support of this kind is crucial to our strategy for taking the club forward, on and off the pitch, and achieving our ambitious goals.

'It makes us stronger and better equipped to deliver our aims, and we thank Venditan for aligning themselves with us and wanting to share in what we trust will be a continuing Alty success story.'