Agony for Alty as play-off hopes are dashed 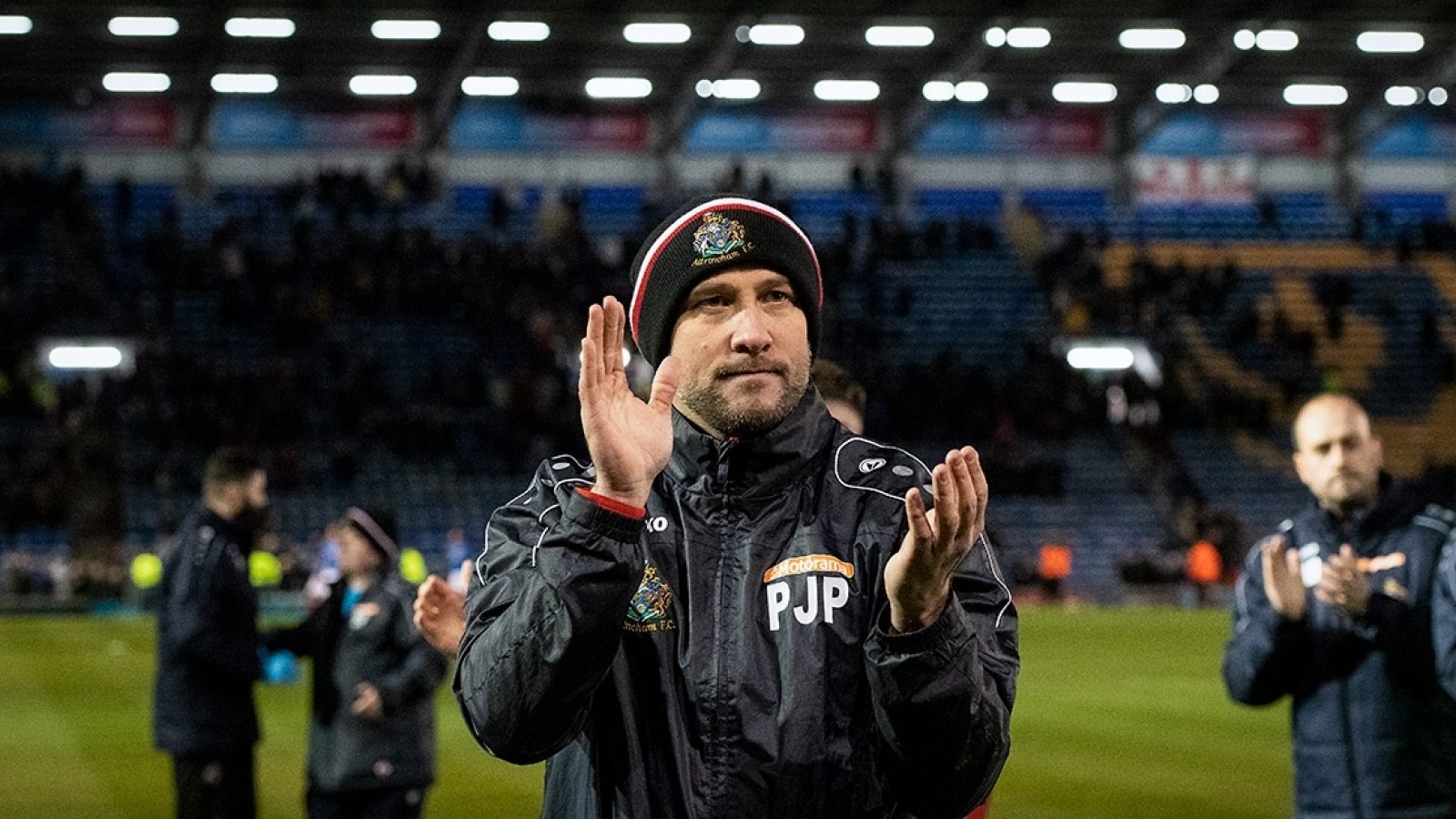 The 2019/20 season saw Altrincham FC continue to scale the heights of the Vanarama National League North and to thrill their fans with progress to the Emirates FA Cup Second Round.  Portsmouth, our opponents that day, are in the League One play-offs, but we were a match for them at Fratton Park before being cruelly denied a replay by a stoppage-time winner.

And in the NLN, we were in fifth place and top of the form table when the fixture programme was halted by lockdown. But now, suddenly and agonisingly, our season is over. There will be no play-offs for a promotion place into the National Division for the Robins, or for those still harbouring hopes in the South Division.

This is the cruellest outcome, particularly as, 48 hours ago, the club were asked to consider whether we would want play-offs if played behind closed doors and under a strict testing regime. We knew it would cost us around £50,000 and we knew this was a gamble. No certainty of outcome, on the one hand, but, on the other, we would at least be in the game, participating.

The Board did not hesitate. We had the greatest confidence in Phil Parkinson and Neil Sorvel, and in our remarkable squad of players, and so we were unanimous in our desire for Alty to take part in the NLN play-offs for the second season in succession.

But then the opportunity was gone; as quickly as it was offered, it was snuffed out. The Department of Culture Media and Sport determined that whilst the Vanarama National League National Division was elite sport, the North and South Divisions were not.

That was the ruling, and it meant that, legally, we are not able to play football under the rules announced for the recommencement of football. Forget about behind closed doors, our players and our club have been deemed as not worthy by the Government.  Some NLN clubs protested that they were full-time and therefore should be considered as elite, but the Government has damned all clubs at our level to second-class status.

The National League, planning for play-offs in all three divisions, is now coming to terms with just having play-offs for promotion to the Football League. Their rules are clear – you can only be promoted as champions or through the play-offs. But, first, the clubs have to pass a resolution to decide that the season is over and that Points Per Game will determine the final positions.

In this case, there are three champions-elect, and then play-offs in the National Division. There will be only a single promotion from each of the North and South divisions, and for us, as well as for the likes of York City and Boston United, there is no path to the National League.  On the other hand if the resolution is not passed, then the season will likely be declared null and void and again, in this scenario, too, the door to the National Division is locked and bolted. No way up for Alty this season.

So, we regroup and start planning for next season. This means redoubling our efforts, doing all we can in uncertain circumstances to give Phil Parkinson the resources he needs and resolving to show the DCMS that we are deserving of greater recognition for the quality of football that we play.

We belong in the National Division and that is where we are heading. The fates have played a cruel trick on us this season, but in adversity we find strength.  And in this situation, we have found out the true mettle of our supporters – you prove time and again that you are the very best. Rest assured, the board, the management and the players are all ready to give you what you deserve next season.

This season has gone, sadly. The chapter is ended and the book is closed, but next season… ah, next season is the start of a whole new adventure - bring it on.