All systems go as Alty gear up for play -offs! 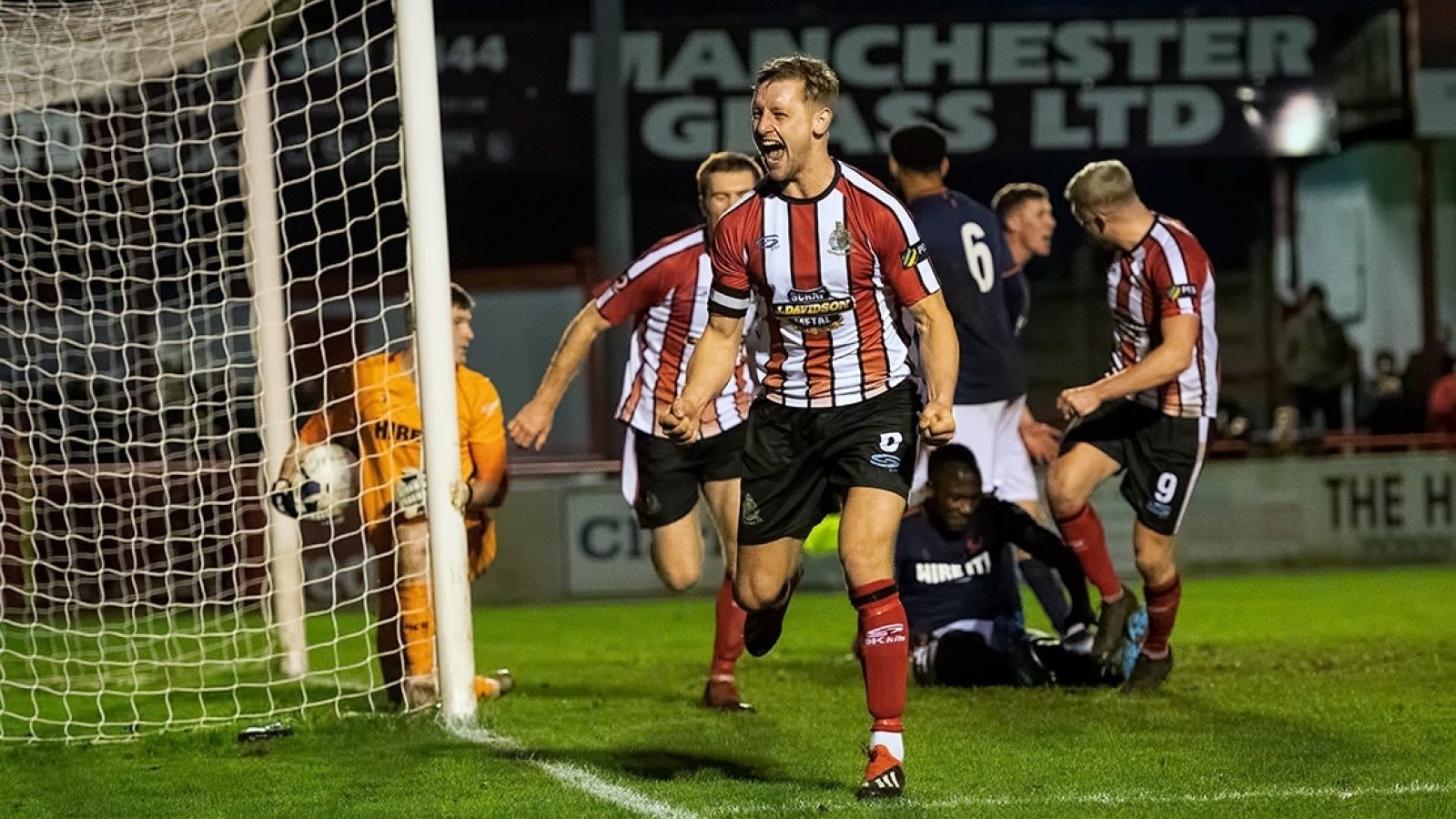 Promotion is back on the agenda at The J.Davidson Stadium after the National League gave approval for play-offs in the North and South Divisions next month.

It’s all systems go for Altrincham’s board, who reacted to the announcement by launching plans to ensure they are ready for the chance to accompany champions King’s Lynn Town into the Vanarama National League’s top division.

As things stand, Saturday and Sunday, July 18th and 19th have been earmarked for the two eliminator ties, with fifth-placed Alty at home to sixth-placed Chester on one of the dates and Brackley Town (4th) home to Gateshead (7th) on the other.

Should Alty win, they would be away to second-placed York City in the semi-finals on either Saturday, July 25th or the following day, with third-placed Boston United home to Brackley or Gateshead in the other tie. The final would be the following weekend, either August 1st or 2nd, with the higher placed team having home advantage.

It was stipulated that clubs can only use players who were under contract to them on March 31st, but there are other conditions that also have to be met for the play-offs to proceed.

Covid-19 testing is one of the main ones, and the dozen play-off clubs from the two divisions are working together and sharing information on documentation and costing for what will be one of the most time-consuming processes but also one of the most important, in an effort to ensure all 12 are able to partake.

There are multiple test suppliers, all with widely varying cost implications, and Alty bosses are already assessing the most appropriate for their needs, as well as liaising with safety officers over plans for meeting official guidelines for staging games.

With so much off-field planning required, Alty’s board have shared between them a lengthy list of tasks that need doing, and are already working their way through them, prioritising the most important, while on the pitch, there will be a phased return to training.

While the league also stated they hoped to start next season in mid-September with at least some spectators allowed to attend games, the play-offs will be behind closed doors.

With that in mind, talks are underway with BT Sport about televising the ties. Should there be no coverage, Alty will seek permission to screen their games live on Alty TV.