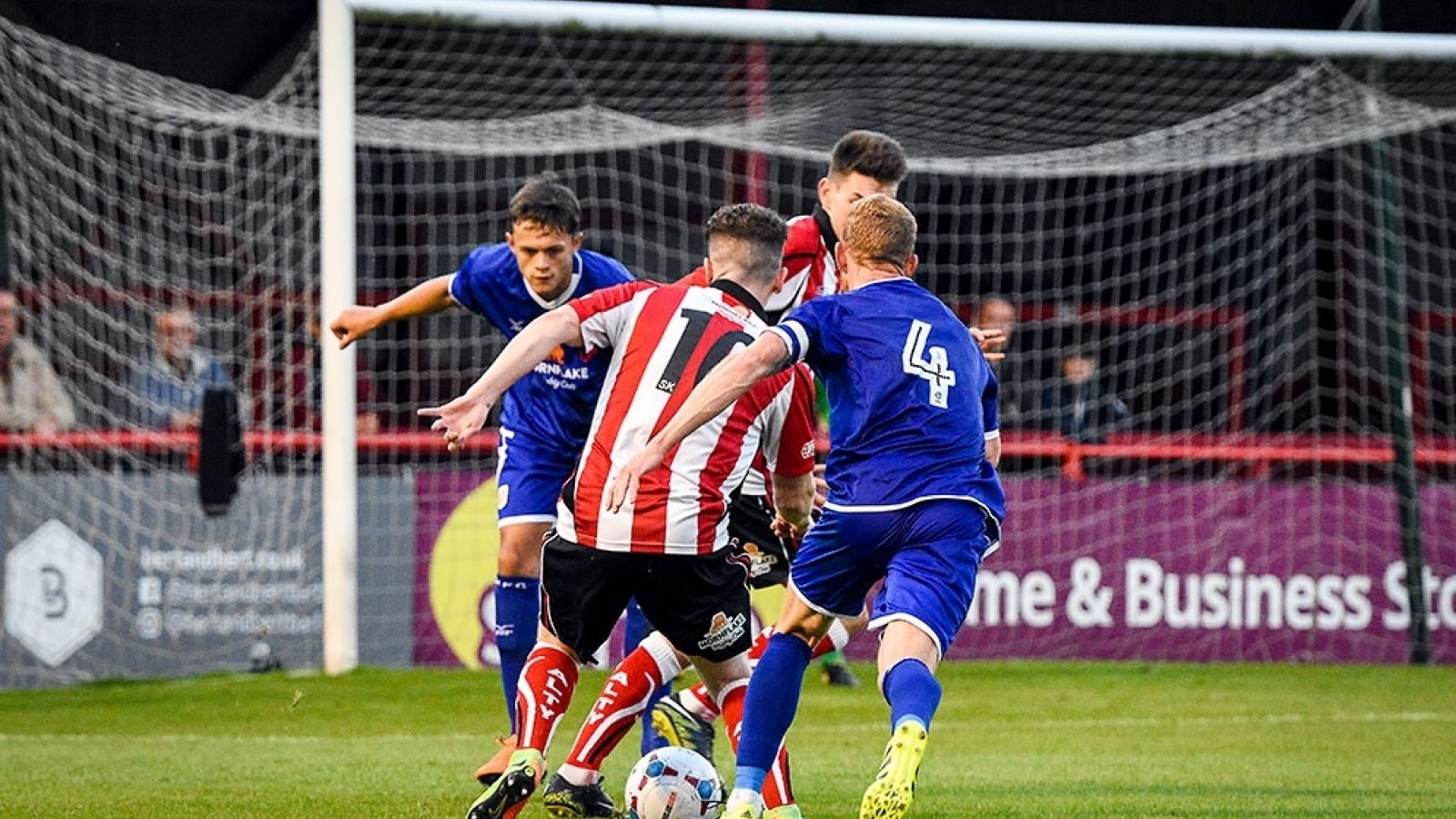 Altrincham suffered their first loss of their pre-season schedule at home to League 2 opposition, Crewe Alexandra.

A rapid flurry of goals in the first 15 minutes saw the Robins go 0-3 down, and it looked as if Alty would suffer a drubbing in front of a crowd of 403 spectators.

Phil Parkinson's men didn't reply before the break but they settled better into the game and were able to create some danger with John Johnston particularly lively.

Sean Williams seemed to be the designated set piece taker, and his deliveries troubled the visitors all night. Before the break, Jordan Hulme had a chance to get the Robins back into the game as the forward flicked onto a Williams corner but the audacious effort was just wide of the post.

After the break, Phil Parkinson made 8 changes, including the introduction of Tom Peers, whom is looking to impress and prove to the gaffer that he is good enough to step in for Jordan Hulme should he be injured or suspended.

A cross from the right wing into the box after a delightful move saw Peers leap into the air and direct his header at the goal, but the man with multi-coloured boots saw his shot bounce back off the bar.

The game hit a natural lull in the dying embers of the game just before another chance for the Robins.

Josh Hancock found himself in space on the edge of the area after turning his man, his shot was saved but parried into the path of Tom Hannigan, but the centre back couldn't shape himself up to hit the ball into the back of the net.

Up next for the Robins is an away game at Trafford on Tuesday night in their penultimate pre season friendly.