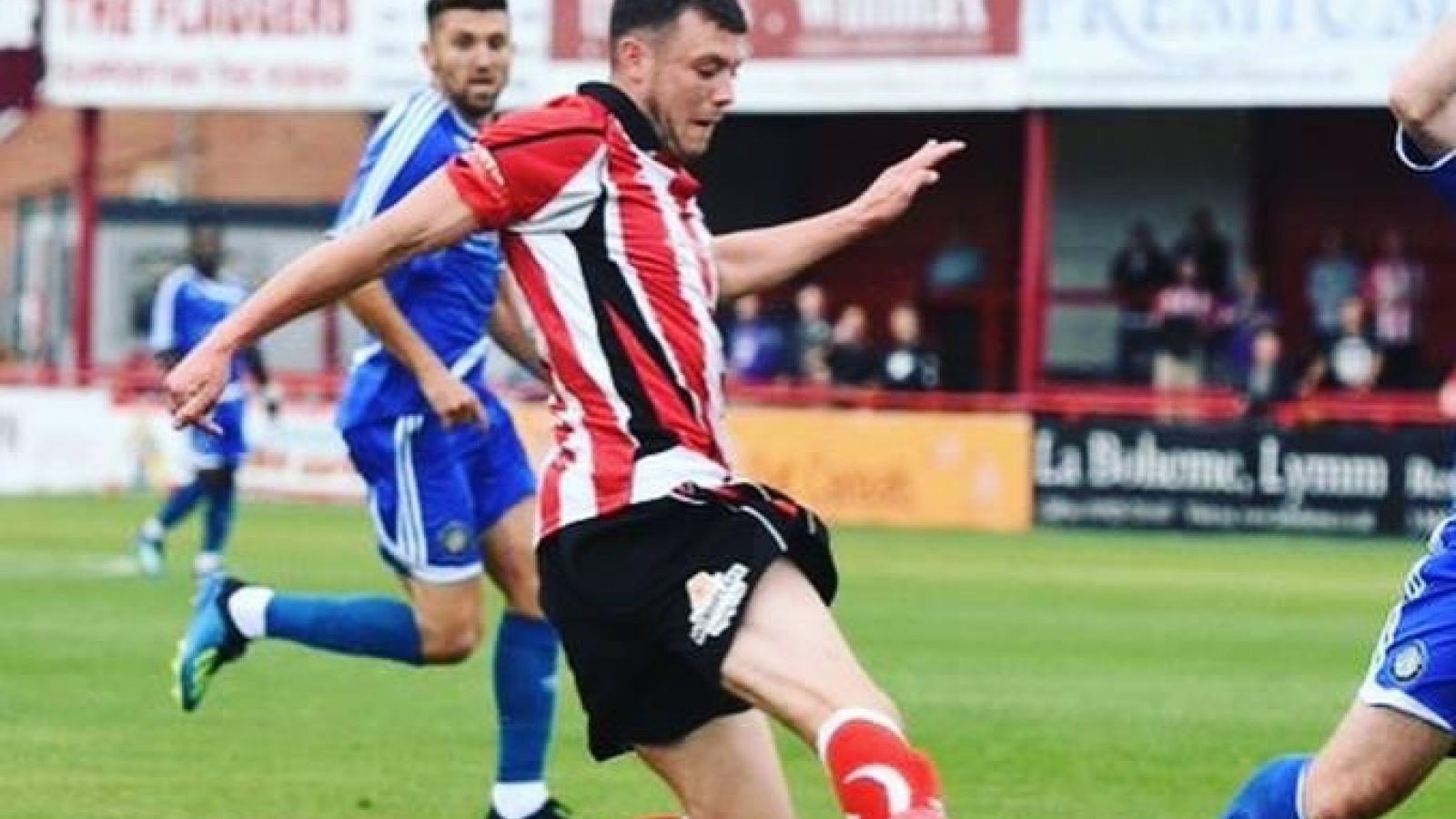 Tom Peers was on target as in-form Altrincham added the notable scalp of derby rivals Macclesfield to their growing list of pre-season conquests at The J.Davidson Stadium.

After racking up 13 goals and conceding only two in emphatic victories over Rhyl, Kidgsrove and an Isle of Man XI, League Two opposition in the shape of local foes Macc was always likely to produce an altogether tighter affair.

So it proved, but after an absorbing, keenly-contested 90 minutes, Alty had done enough to deserve a narrow 1-0 verdict. Well organised and composed at the back, competitive and cohesive in midfield and always a threat up front, Phil Parkinson’s side were good value for a win that keeps the momentum building ahead of their Vanarama National League North opener against Leamington at The J.Davidson on August 4.

The key moment came as early as the eighth minute, when a smart move on the right ended with Jordan Hulme wriggling past a challenge on the edge of the area and finding room for a shot that keeper Sam Ramsbottom could only parry.

Showing the predatory instincts that brought him a hatful of goals in a successful summer stint in the United States, Peers pounced on the loose ball to rifle it into an empty net and give Alty a lead they seldom looked like relinquishing.

Despite Macc’s newly-earned Football League status, and the boost of a recent resounding 5-1 win at Ashton United, they rarely troubled an Alty defence superbly marshalled by summer signing Liam Goulding, who demonstrated all the Parkinson trademarks of a centre-half who is comfortable in possession and can bring the ball out of defence.

Keeper Tony Thompson, making his first pre-season appearance, was tested only once in the first half but responded brilliantly with a full-length dive to turn away an effort from lively frontrunner Scott Wilson.

Wholesale changes inevitably followed as the game wore on, but Alty, with Max Harrop and Jake Moult proving an effective partnership in midfield and second-half substitute Ben Harrison continuing his return from injury in assured fashion at the back, continued to match their higher-placed opponents.

Macc should have levelled when Harry Smith wastefully headed wide from close range late on, but they could have few complaints, given the way Alty kept them out with relative ease and went close themselves on two occasions in the second half.

The ever-threatening Hulme created an opportunity for himself on the right of the area and hit a shot that was going in until centre-back James Pearson popped up on the line to head clear, with the keeper beaten.

And evidence Sean Miller is inching his way back to his best was never clearer than when he took aim from 20 yards and rattled the crossbar with a right-foot thunderbolt the Macc keeper didn’t even see.

All in all, another excellent night’s work by newly-promoted Alty, who take their four-game winning start to the pre-season programme into what promises to be another stern test against Crewe Alexandra at The J.Davidson Stadium on Friday night.