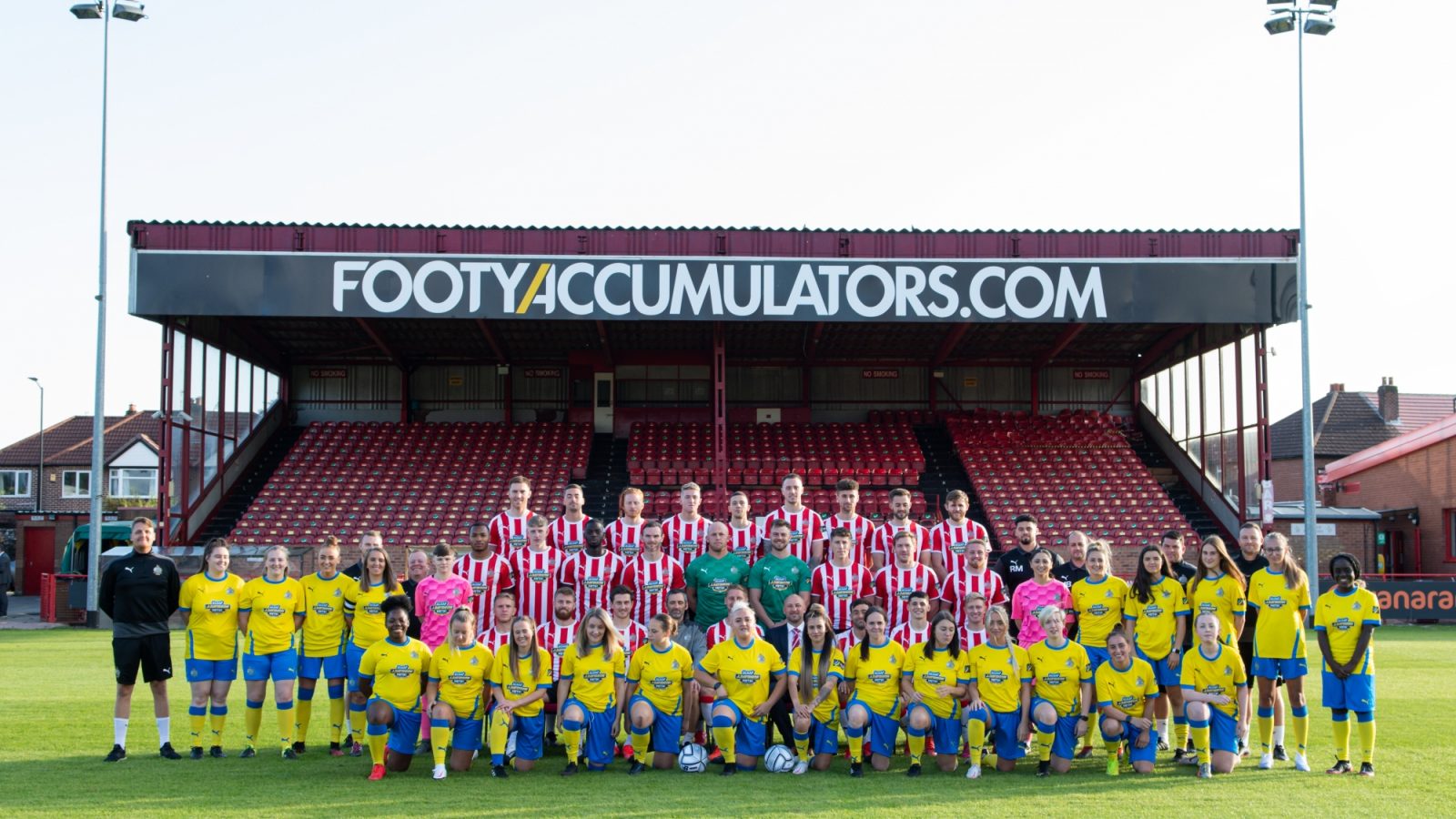 Altrincham FC & Altrincham FC Women are pictured by Michael Ripley at the official team photo session for the 2021/22 season.

This is the first time that the men's & women's teams have been photographed together & exemplifies the increasing level of inclusivity at the football club.

The official individual team photps that will be used throughout the season are also shown below & will be published separately on the website during the week including individual player & staff names.