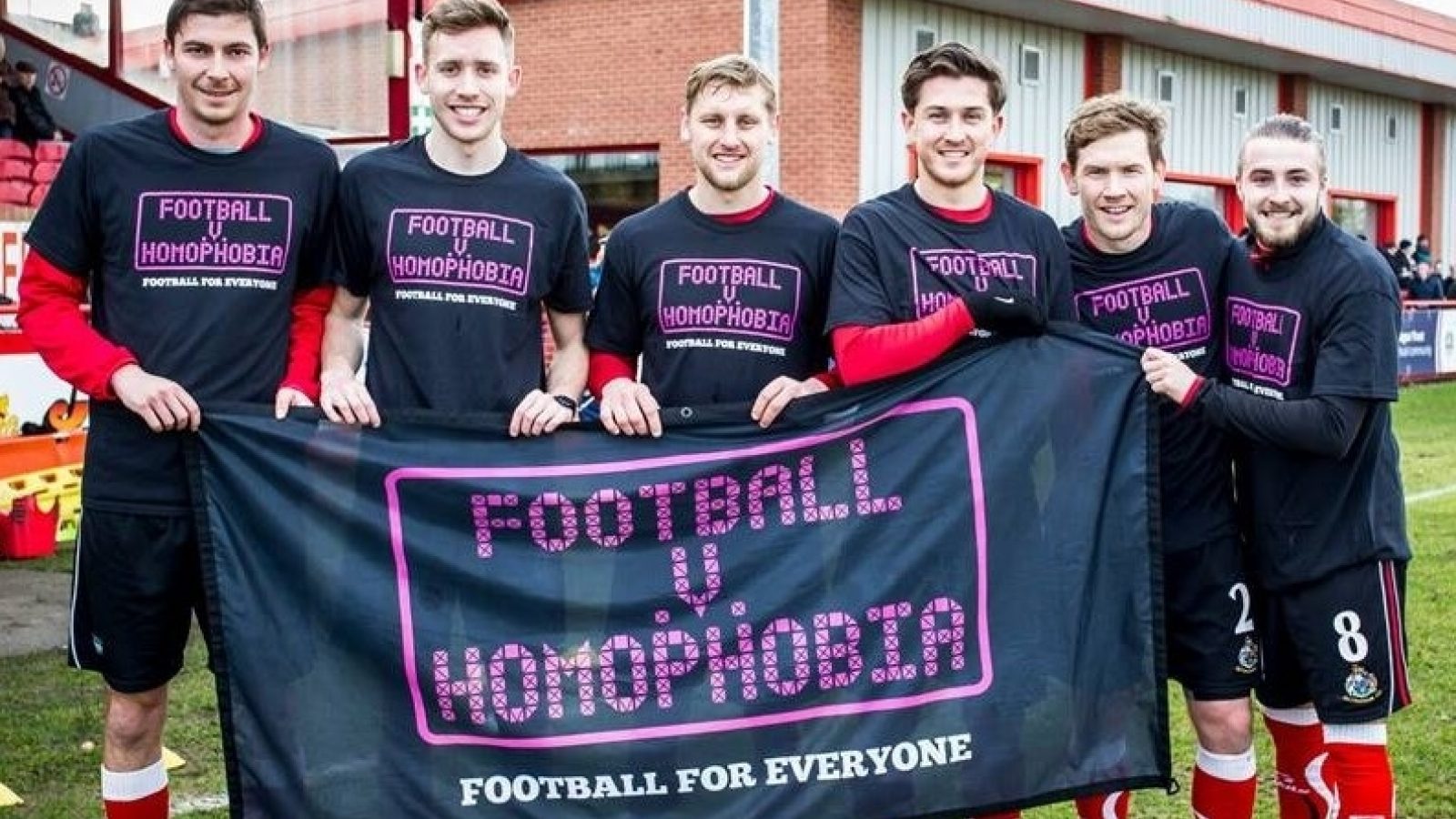 Tomorrow night, Friday 7th February, Altrincham FC take to the national stage once more to demonstrate our commitment to Inclusion and Diversity. The club are hosting the first ever Football v Homophobia Awards at The J. Davidson Stadium in the Community Sports Hall. The event is being sponsored by Puma and clubs from all over the country are staking their claim for an award, most notably Tottenham Hotspur, Charlton Athletic and West Bromwich Albion. Also in attendance will be representatives from Kick It Out, the Football Supporters Association, the BetVictor Northern Premier League and other members of the football family.

The Awards ceremony will be preceded by a comedian, and after the event we will be entertained by a set from former Funkademia and Ibiza regular DJ David Dunne. There will be an auction and a raffle to raise further funds for FvH. Our very own Mike Ripley has kindly offered to be photographer for the Awards section of the evening.

Saturdays match against Kettering Town will be is our designated match for Football v Homophobia and both squads will wear FvH t shirts in the warm up.

Alty Director Bill Waterson adds: “the honour of hosting the first ever Football v Homophobia awards shows that after last years massive success with the Rainbow Shirts initiative, we are recognised on the national stage for our commitment to Inclusion and Diversity.  Our contribution and reputation in this area is much more than you would expect from a Level 6 club.  Our heritage shows us as a player on the national stage, and we continue that tradition with our support of FvH over this weekend”