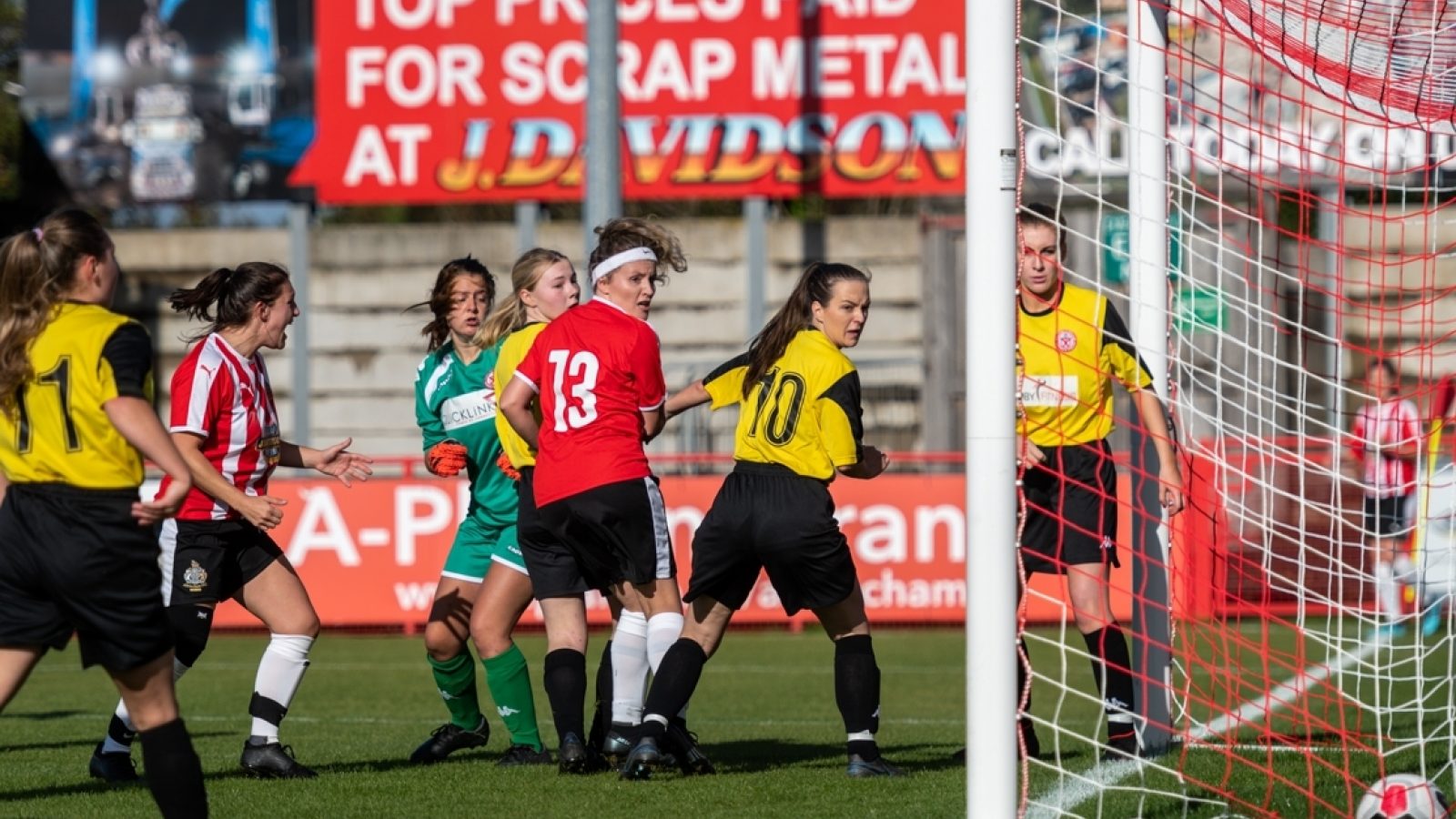 Altrincham FC Women deservedly made progress in the Vitality Women's FA Cup 2nd Round Qualifying on Sunday, overcoming Ashton Lionesses 4-2 in front of an enthusiastic crowd of 174 to book a place in Monday's 3rd Round Qualifying Draw which has produced a 2nd home tie against Norton & Stockton Ancients in a game scheduled to take place on Sunday October 24th KO 2pm at The J.Davidson Stadium.

Jade Pennington's long range right foot shot from the left wing sailed over Amber Kerr to open the scoring & put the visitors ahead in the 23rd minute.

Laura Kelly, who was prominent from the early stages of the game, turned things around with 2 similar goals in 6 minutes, with the Robins repelling Ashton attacks & breaking quickly & directly to leave the Alty number 9 one on one with Ashton keeper Alex Jones, who was powerless to stop 2 clinical finishes from 16 & 12 yards respectively.

Laura Kelly notches hers & Altrincham's 2nd goal with a clinical finish after receiving an exquisite through ball from the talented Maya Germain.

4 minutes after the restart, Ashton's impressive skipper, Rachel Robinson equalised after Altrincham failed to deal with a corner.

It wasn't easy to pick a winner at this stage but it was Altrincham's greater squad strength, both in terms of quantity & quality that turned the game in favour of the home side.

Altrincham named 7 substitutes to Ashton's 3 & it was 2 of the team's longest serving players that made the difference. Gail Simpson-Scott gave an assured performance in midfield after replacing skipper Jade Hesketh who had been orchestrating the midfield & Nat Thornley proved to be the Lionesses nemesis, heading in a 71st minute corner before sealing the tie 9 minutes later with a calm side foot finish.

It's 2 for Nat Thornley & 4 for Alty as a calm finish completes the scoring.

After a disappointing start to the league campaign, the performance & result was a real shot in the arm for manager Nick Pearce & his assistant Chris Redfern, who will hope that this important victory can provide a platform to build on going forward.