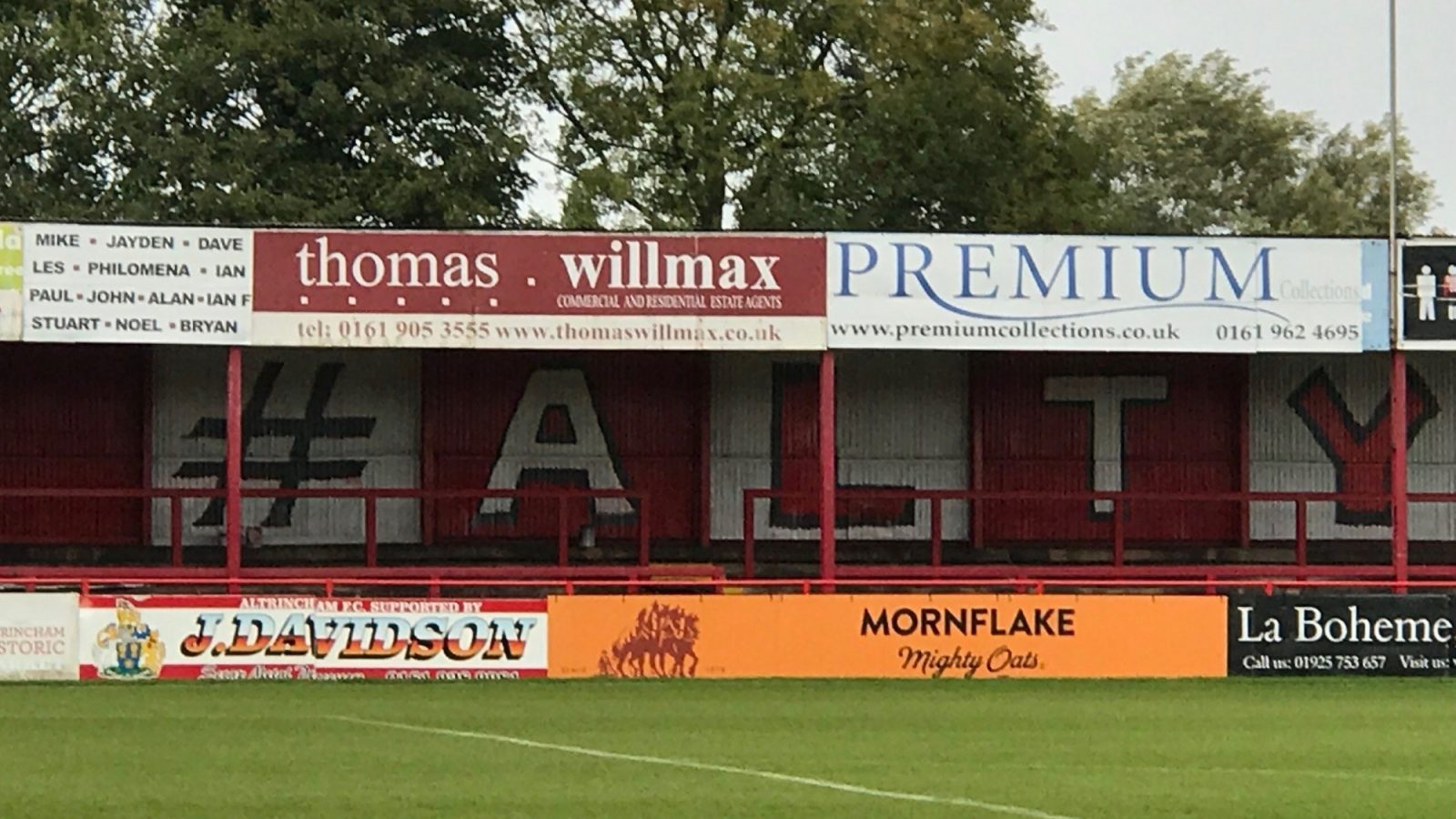 ALTY host Bradford (Park Avenue) in the third qualifying round of the Emirates FA Cup at The J.Davidson Stadium on Saturday afternoon (3pm) with the Robins looking to go one step further in the competition.

Despite losing 3-2 at Kidderminster Harriers last time out, the Robins have been impressive in terms of performances as of late and boss Phil Parkinson will be looking to bounce back with victory against a Bradford side that were beaten in league action just over a fortnight ago.

In terms of team news, Jordan Hulme’s eye problem persists that has been causing him issues in recent weeks so a decision will be made on his availability before kick-off as the club's medical staff continue to monitor him.

Skipper Jake Moult will make his 300th appearance for the club if he is selected to mark an incredible milestone.

Saturday's opponents Bradford remain third in the National League North and have picked up consecutive 1-0 victories over Darlington in the Cup and away at Alfreton Town since losing at home to Alty, so they will be hoping to get revenge for that defeat at the weekend.

The Robins faced Avenue just a fortnight ago in the National League North in what was an extremely entertaining encounter. Tom Peers gave Alty the lead before Shane Killock and Conor Branson struck to give Bradford an advantage. However, there was another twist to come in the game as John Johnston scored the equaliser before a terrific strike from Max Harrop saw Phil Parkinson's men come away with a hard thought 3-2 victory.

This match will not be segregated and travelling away fans will have access to facilities in the Community Sports Hall and the new catering facilities in the away end. Away fans should enter via turnstiles 3 and 4.

Turnstiles will be open from 13:30. We do of course recommend sensible consumption of alcohol.

There will also be a special offer for fans staying in the Community Sports Hall after the match where the Manchester United v Newcastle match will be shown live. There will be a special promotion from ten mins before kick off of that game (5.20pm) and throughout the match where Fosters Smooth and draught Cider will be £2.50 and San Miguel £3 along with a welcome return of the 'pound a pie' for the duration of the game!

There will be live text coverage of the game on the Matchcentre, and there will be live updates on our twitter account as we look forward to providing all the latest from The J. Davidson Stadium.