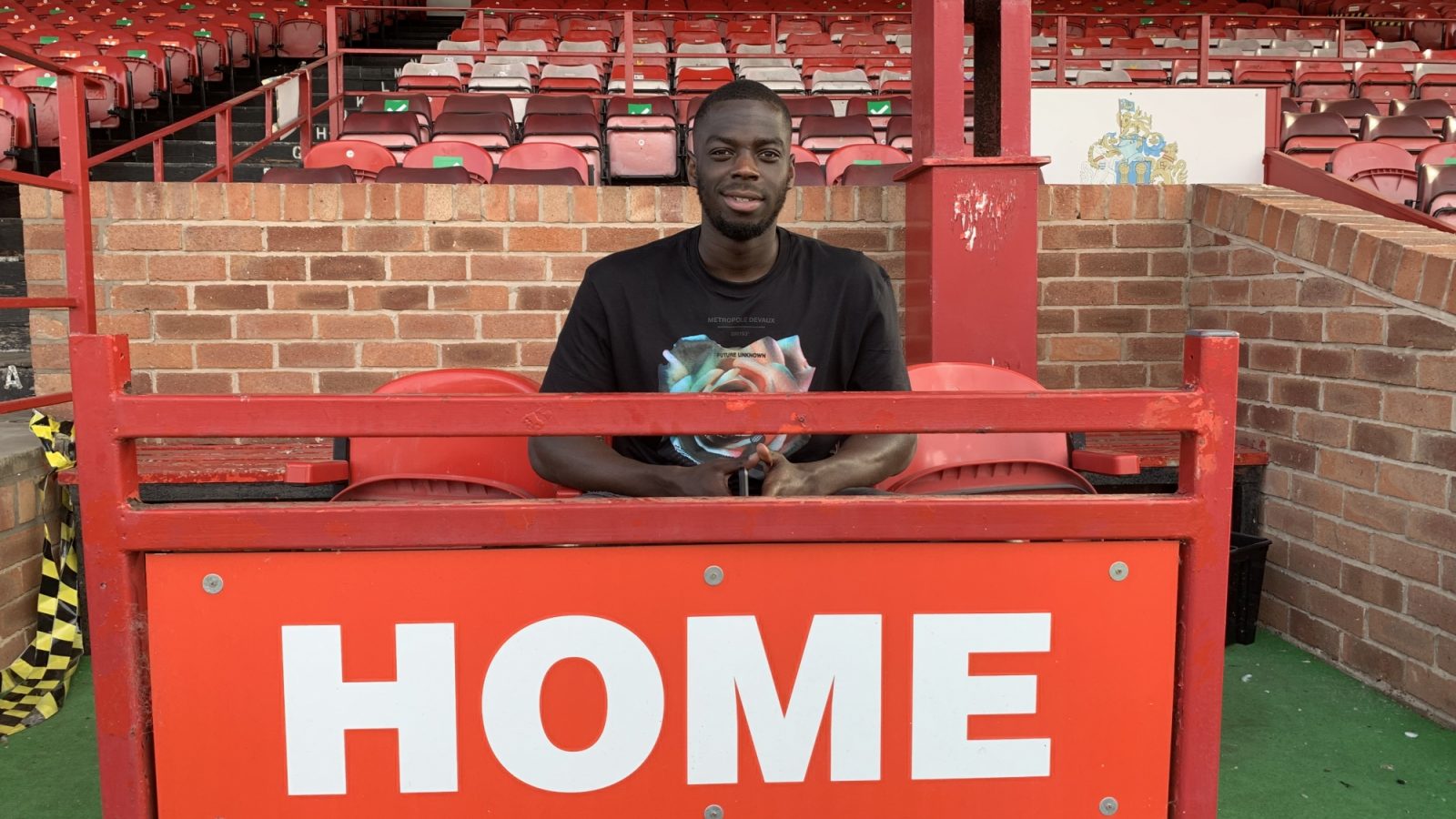 Phil Parkinson has strengthened Altrincham’s defence for the upcoming Vanarama National League campaign by snapping up 6ft 4in centre-back Kennedy Digie from Hereford.

The 24-year old defender signed forms in the boardroom at The J.Davidson Stadium at 4.30pm this afternoon, then immediately made himself at home by joining Alty fans in the refurbished Sponsors’ Lounge to watch England’s European Championship tie with Germany!

Before settling in front of the widescreen television sets in the newly-renovated lounge, Kennedy appeared before the Alty TV cameras to be interrogated by press and media officer Brian Flynn in an interview filmed by Mark Bennett and which will appear in its entirety, here on the club’s website tomorrow.

Highly rated by his boss at Hereford, Josh Gowling, the commanding, powerfully-built defender began his career at Kidderminster Harriers, signing his first contract with them in 2014 and making his debut against Eastleigh in the National League a year later.

After making 10 appearances in the Harriers’ advance towards the National League North play-offs in 2017/18, he spent two months on loan at York City before joining Guiseley in a permanent deal in February, 2019.

During an 18 month-spell at Nethermoor Park, he made 22 league appearances, scoring once, before turning down a new contract to sign for Hereford last October, where he was met by a familiar face in Bulls boss Gowling.

‘Kennedy was one of the players who came through the youth team when I was a coach at Kidderminster,’ said Gowling. ‘He’s great around the rest of the lads and has fitted in really well. He’s a big powerful lad and has got a great future.

‘As long as he keeps progressing, keeps listening and keeps working hard, I think he’s got what it takes to play higher.’

Alty boss Phil would doubtless agree with that final sentiment after adding him to the Robins’ defensive roster, subject to FA and National League approval, and giving him the chance to prove himself again at National League level.

Welcome to The J.Davidson Stadium, Kennedy, and all the best for a successful stay.

*Watch out for an Alty TV interview with the Robins' latest signing here on the club's website tomorrow.