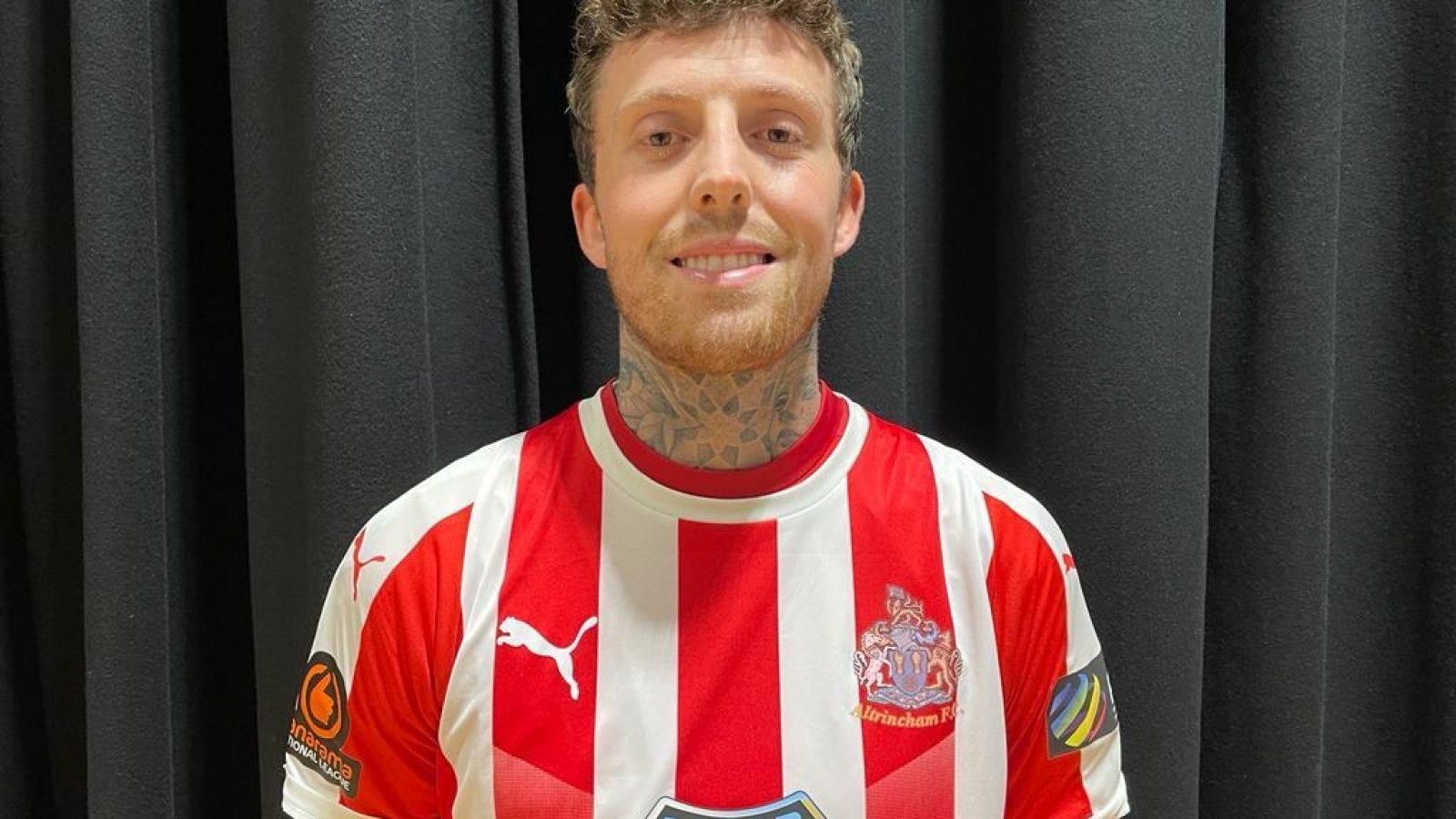 Altrincham’s midfield options have been significantly bolstered by the month-long loan signing of Danny Whitehead from Port Vale, subject to FA, EFL and National League approval.

The 27-year old, a versatile, energetic central midfielder, has joined the Robins in time for Saturday’s Emirates FA Cup fourth qualifying round tie at Southport and has been given the all-clear to play in the competition, if selected.

He arrives at The J.Davidson Stadium, and goes straight into tomorrow's squad, eager to revitalise a career that began in spectacular style at Stockport County a decade ago.

Such was his impact in his first two seasons at Edgeley Park, scoring six goals in a total of 59 appearances, that West Ham signed him for an undisclosed fee in June 2013 on the recommendation of former County boss Dietmar Hamman.

He made just one appearance for the Hammers - an FA Cup defeat by Nottingham Forest the following January - before leaving Upton Park for spells with Accrington Stanley, Macclesfield Town and Wigan Athletic.

FOOTY FOR A FIVER - READ MORE!

On rejoining Macclesfield, he helped them reach the 2017 FA Trophy final against York City and then proved one of the driving forces behind their promotion to the Football League as National League champions the following season, with seven goals in 38 appearances.

On signing him for Salford City in May 2018, when they were still in the National League, the Ammies manager at the time, Graham Alexander, said: “Danny had a fantastic season last year and scored some important goals, but it was his overall play that made him one of the best players at this level.”

In August last year, he signed a two-year deal with Port Vale to be reunited with his former Macclesfield boss John Askey, who described him as “a very energetic, good footballer.”

But opportunities to showcase those qualities have proved harder to come by under current Vale manager Darrell Clarke, leading the Stretford-born midfielder to pursue the option of a loan move in his quest for more game time.

Everyone at Alty would like to pass on their best wishes for a successful stay to Danny, who will wear squad number 29 and is pictured wearing his new Robins shirt at The J.Davidson Stadium.

*Look out for an interview with Danny by press and media officer Brian Flynn here on the club’s official website later today.