Alty insight into Ramadan and football 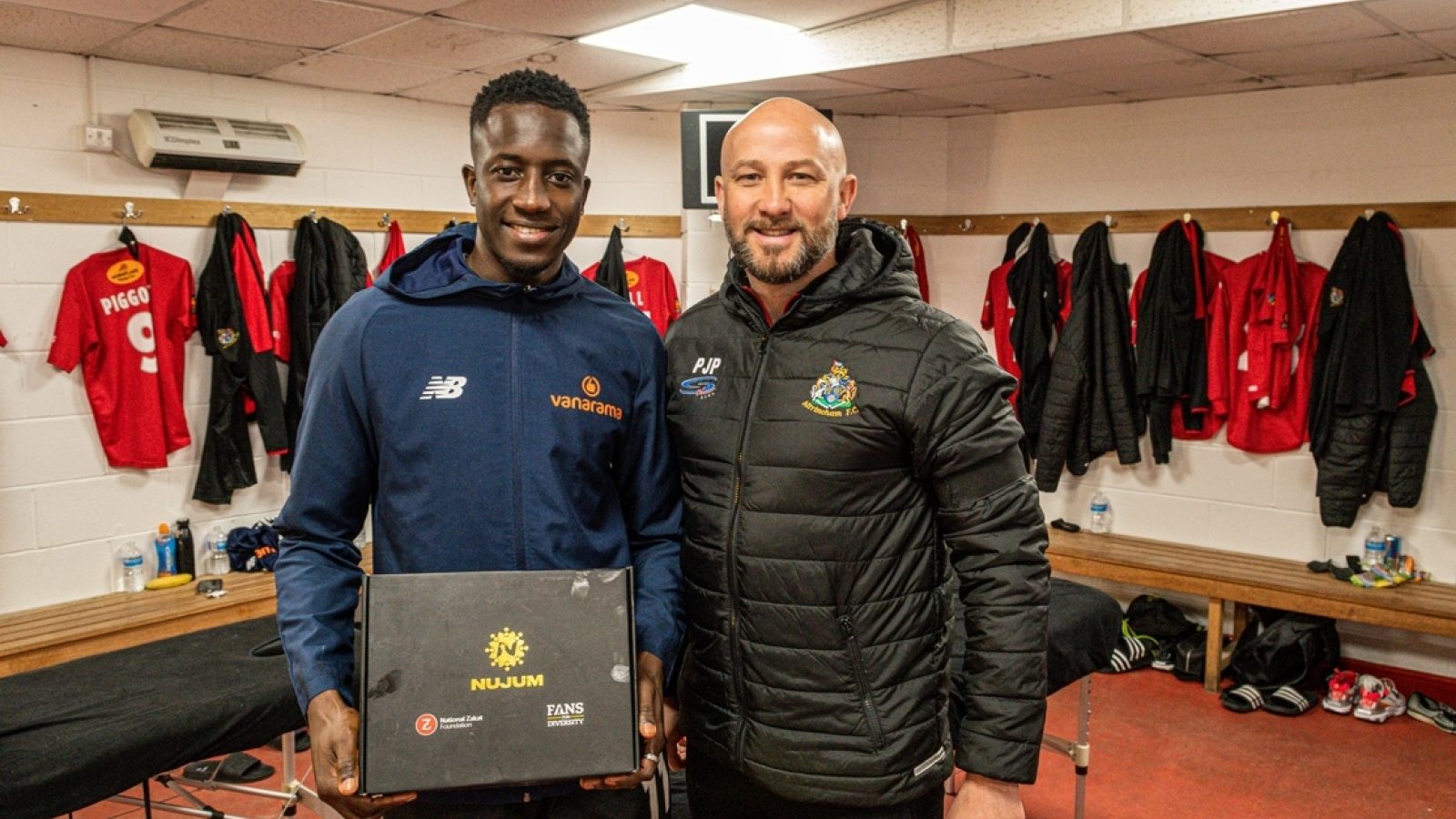 Altrincham’s two Muslim players have provided a fascinating insight into how they combine adhering to the requirements of their faith during Ramadan with meeting the demands of their careers as footballers.

Winger Yusifu Ceesay and on-loan defender Yoan Zouma discussed, in a video, how they manage to balance the rigours of playing at National League level with the need to fast on a daily basis throughout the month of Ramadan, which began yesterday.

In appreciation of their input, each player was presented with a Muslim gift box, donated by Nujum Sports co-founder Ebadur Rahman, prior to kick-off against F.C. Halifax Town at The J.Davidson Stadium on Saturday.

Nujum Sports is a London-based organisation that aims to promote excellence and achievement among Muslim athletes, and the presentation to each player was part of its latest initiative to distribute gift boxes among Muslim players at 72 clubs across the country in recognition of their significant contribution to the sport.

The video discussion was chaired by Toby Kinder, Chair of the Fans for Diversity guidance group, and featured Nasser Kurdy, Vice-Chair of Altrincham and Hale Muslim Association, Jordan Tyms, Altrincham FC, and Ebadur Rahman, who provided more details about the nationwide gift project Nujum Sports is running and how it is supported by the Fans for Diversity Campaign, a joint initiative led by Kick it Out and The Football Supporters Association.

Nasser Kurdy and Jordan Tyms took the opportunity to analyse the relationship between Altrincham FC and Altrincham and Hale Muslim Association, and the importance of football in bringing communities together, and the fascinating discussion can be viewed here on Alty TV: