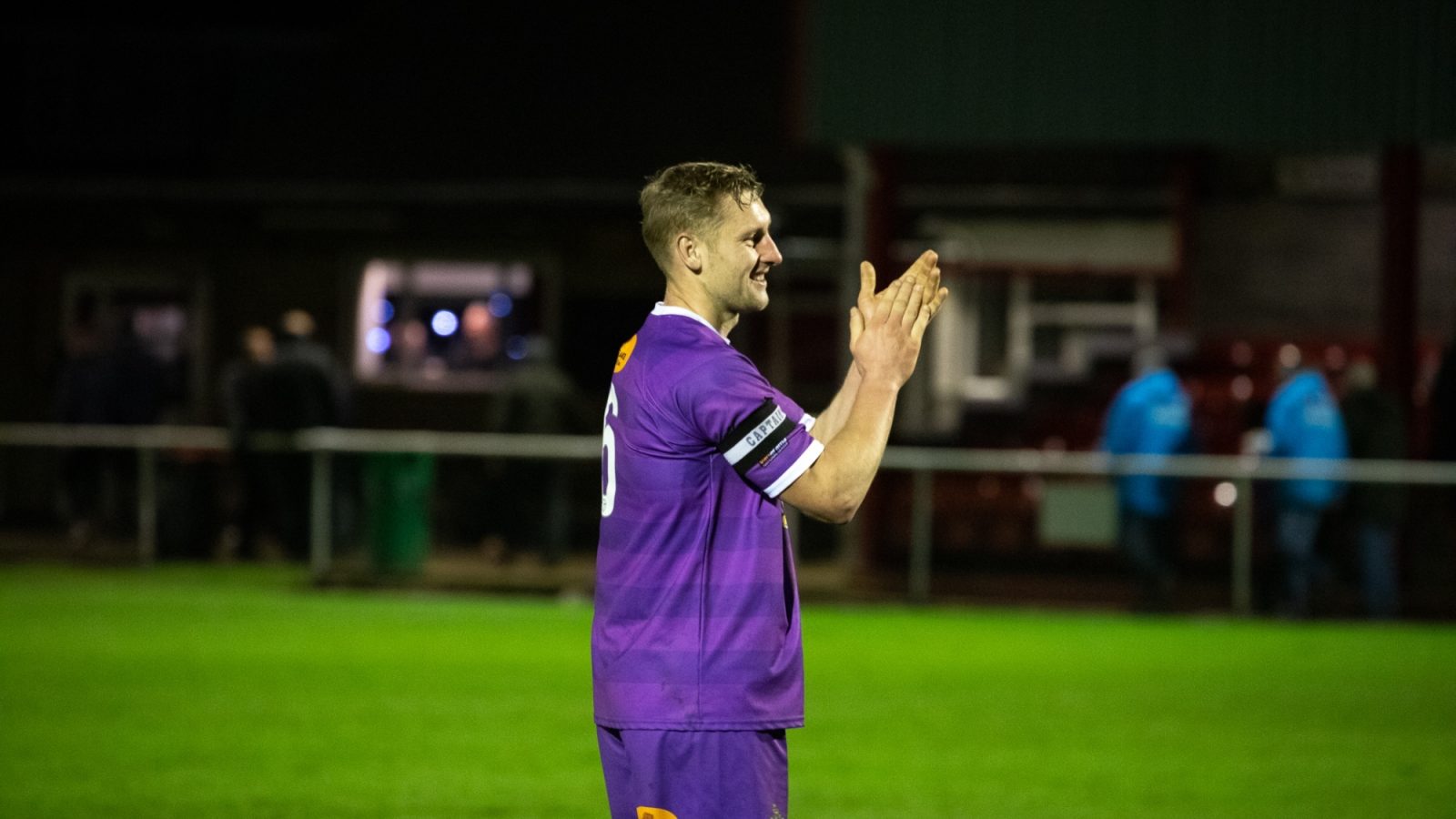 Form team Altrincham continue to go from strength to strength after putting together another performance and result sure to make the rest of the Vanarama National League North sit up and take notice.

Phil Parkinson’s side have developed a happy knack of raising the bar on a game-by-game basis in recent weeks, and there was little sign of expectations being dampened at Brackley on Saturday as they swept aside one of their promotion rivals and climbed into fourth place, six points behind leaders Bradford (Park Avenue) with a game in hand.

In making it six wins and a draw from their last seven league games with a thoroughly-merited 2-1 victory, Alty passed another test of their promotion credentials. While York City, in the league, and Bradford, in the FA Trophy, were both put to the sword with some irresistible attacking flair, Brackley were always likely to be a tougher nut to crack on their own pitch.

Rather than swamping them with swashbuckling style, a capacity for digging in and forcing their will on the home team was the order of the day. Not for the first time under Parkinson and Neil Sorvel, the challenge was met head-on.

It may not have been as spectacular as some recent performances, but the control exerted against opponents unbeaten at home in the league since early August spoke volumes for Alty’s standing as serious contenders for a second successive promotion.

Any side with ambitions of going up will have days where they have to find a way of winning, rather than relying on their natural strengths, and Alty did it by remaining organised and resolute and sticking together in a way that has been a hallmark of Parkinson’s time as manager.

At the heart of it was skipper Jake Moult, a tower of strength at the base of Alty’s midfield and once again leading by example, shielding the back four by repelling Brackley attacks in the air and on the floor and driving his team on, right to the last of the four added minutes.

Alty started on the front foot and threatened twice inside the opening five minutes. First, Jordan Hulme had an effort blocked, after being picked out by a left-wing cross by Kallum Mantack on his full debut, then John Johnston’s dipping shot just cleared the Brackley bar, with keeper Danny Lewis looking on anxiously.

If that suggested an open game, it was to prove anything but, particularly in a tight first half in which chances were few and far between.

Tony Thompson dashed from his line to smother the ball at Shepherd Murombedzi’s feet and reacted brilliantly to keep out a Connor Franklin drive that deflected off James Jones’ head, but they were isolated moments of danger in a half Alty shaded.

It came as no surprise when Alty went ahead in the 39th minute, even if they did make hard work of getting the ball over the line, following a handling error by Lewis. The keeper inexplicably spilled the ball under no pressure, but Alty still needed three attempts to capitalise, as Jordan Hulme tried a back heel and Mantack hit a defender on the line before Simon Richman finally forced it home.

Alty’s discipline faltered only once, but they were made to pay, as Brackley punished a solitary lapse in concentration to force their way back on terms within a minute of going behind, Glenn Walker converting Adam Walker’s cross from the left.

It was a lesson in keeping your guard up, and Alty heeded it by restoring their advantage in the 55th minute and rarely affording Brackley the opportunity to hit back a second time.

Sharing goals around is another prerequisite for lasting the pace in a promotion contest, and Alty look well served in that department, given healthy returns so far for Hulme, Johnston and Josh Hancock and the sight of Richman being joined on the scoresheet by another occasional marksman in Andy White at St James Park.

White has been a revelation in recent weeks, and his attacking prowess was never more evident than when he cut in from the right and powered infield before hitting a left-foot shot that beat Lewis at his near post.

It was turning into a classic away performance, with Tom Hannigan standing firm at the heart of a solid, well-drilled rearguard on the odd occasion Brackley put it to the test and Alty carrying a goal threat on the counter attack more than once.

Johnston spun past his marker, fastening on to a pass from Hancock, and surged clear from the halfway line, only to be denied by alert defending from Franklin, who got enough of a block on the winger’s shot to take the sting out of it.

Soon after, Hulme’s rare talent for making something out of nothing so nearly extended the lead to 3-1. Facing away from goal with a Brackley player on his back one moment, he was clean through the next after shaking off the defender’s close attention with a brilliant turn and bearing down on the six-yard box.

For once, Lewis, who didn’t have the happiest of afternoons, was up to the task, as he advanced towards Hulme and smothered his shot.

So, the score stayed closer than Alty, or the vocal travelling support, would have liked, but nerves were hardly on edge, such was the compact nature of a Moult-inspired performance that sent an unequivocal message to anyone else harbouring promotion ambitions that Parkinson’s men mean business. Another searching examination awaits next Saturday when AFC Telford United visit The J.Davidson Stadium, but it's unlikely Alty will be short of confidence or self-belief after a run of form and results that has put them right in the thick of the battle to go up.