Alty turn on the style 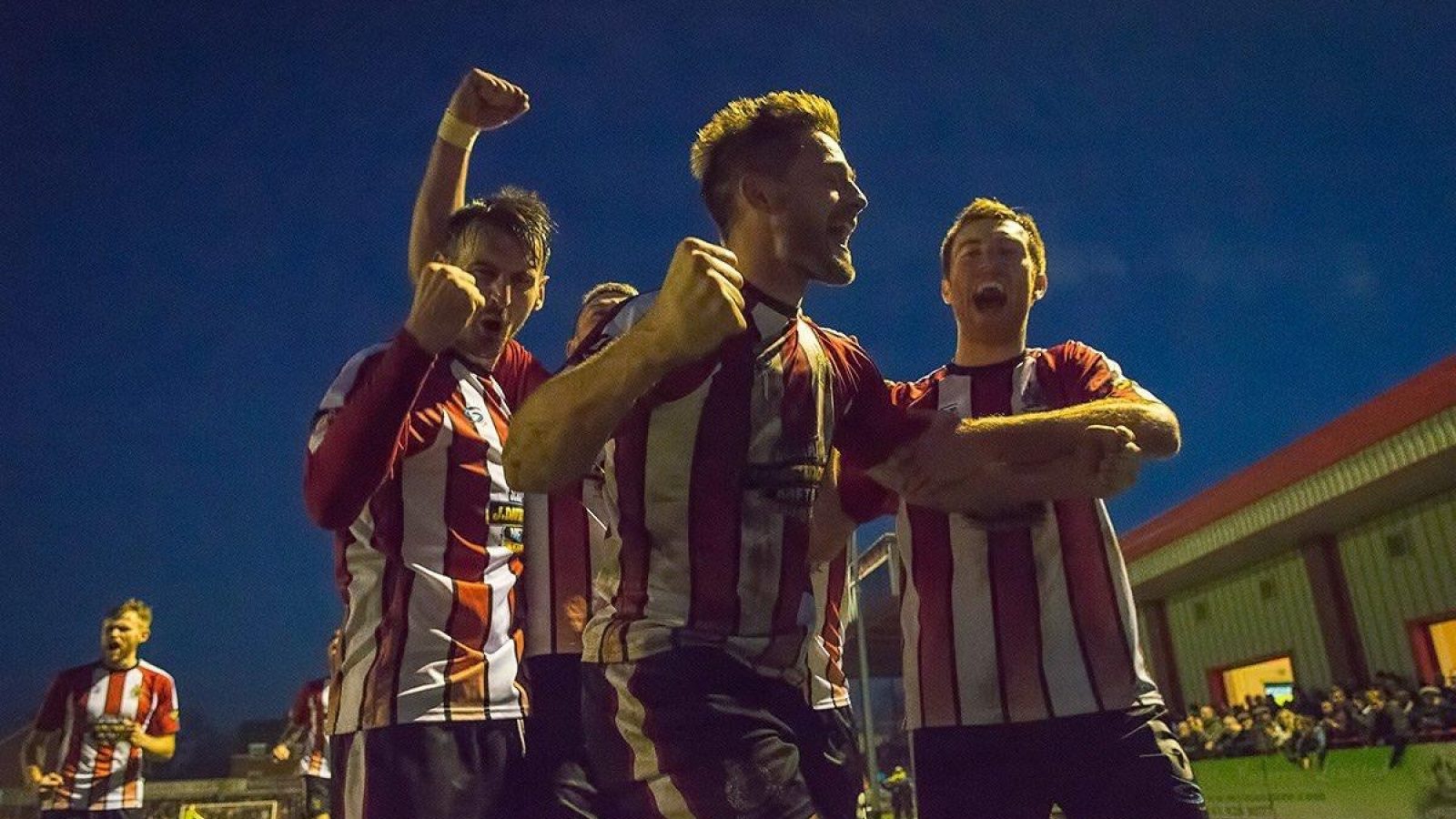 Alty extended their unbeaten run to six league matches with a 3-0 win over York City to move into the play-off places of the Vanarama National League North.

After a relatively even first half with little between the two sides, Alty raised their game a notch or two after half-time to blow York away with a superb all-round display to run out comprehensive winners.

The visitors produced a first half performance belying their position in the table as they looked strong throughout the opening 45 minutes. They had clearly done their home work on Alty as their work rate and pressing from the front was excellent in the first half as Alty could not get into their stride.

Neither side was able to create much in the way of openings in the first half. Alty had plenty of the ball as usual but were restricted to probing around the final third without being able to unlock an organised York side that came with a game plan to frustrate. The front four were constantly double-teamed which led to something of a stalemate at both ends.

York gave a warning just before half-time as a header from a corner had to be cleared off the line by Connor Hampson but even that was a routine clearance as neither team did enough to merit going into the break with a lead.

Phil Parkinson’s men came out of the traps with greater tempo in the second half and Josh Hancock had the best chance of the game on 53 minutes. The ball fell to him in the box and his effort brought a stunning save out of Bartlett in the York goal to deny the Alty playmaker.

That was just a warning of what was to come however as four minutes later, Hancock would not be denied. Not that dissimilar to his previous chance, Hancock lashed a half volley into the net to give Bartlett no chance this time and give Alty a precious lead.

That goal saw the match open up as York had to throw caution to the wind. Langstaff, Harris and Parkin all came off the bench as they tried to change things around to give greater attacking threat.

In truth, it only upset their rhythm increasingly and it was Alty who benefitted from the greater time and space.

On 81 minutes, Jordan Hulme came within inches of following up his brace at Chester last week with a wonderful curling effort from the edge of the box but Bartlett pulled off another stunning fingertip save.

Alty were clearly in the ascendancy however and soon wrapped the game up. With seven minutes left, a corner was half cleared to the edge of the area to skipper Jake Moult who chested the ball down and hit a beautiful effort from just outside the box into the bottom corner.

That goal sent the vast majority of the 1673 in attendance into raptures and York heads noticeably dropped.

There was still time however for Josh Hancock to add his second and Alty’s third as he found himself clean through and showed great composure to stroke the ball past the York keeper once again and seal the win for the hosts.

That win edges Alty up a place into seventh and keeps the good run of form going. Next week, sees a break from league action as we welcome Bradford (Park Avenue) in the FA Trophy, and we look forward to seeing you there!