And after all......Parky signs Luke Wall! 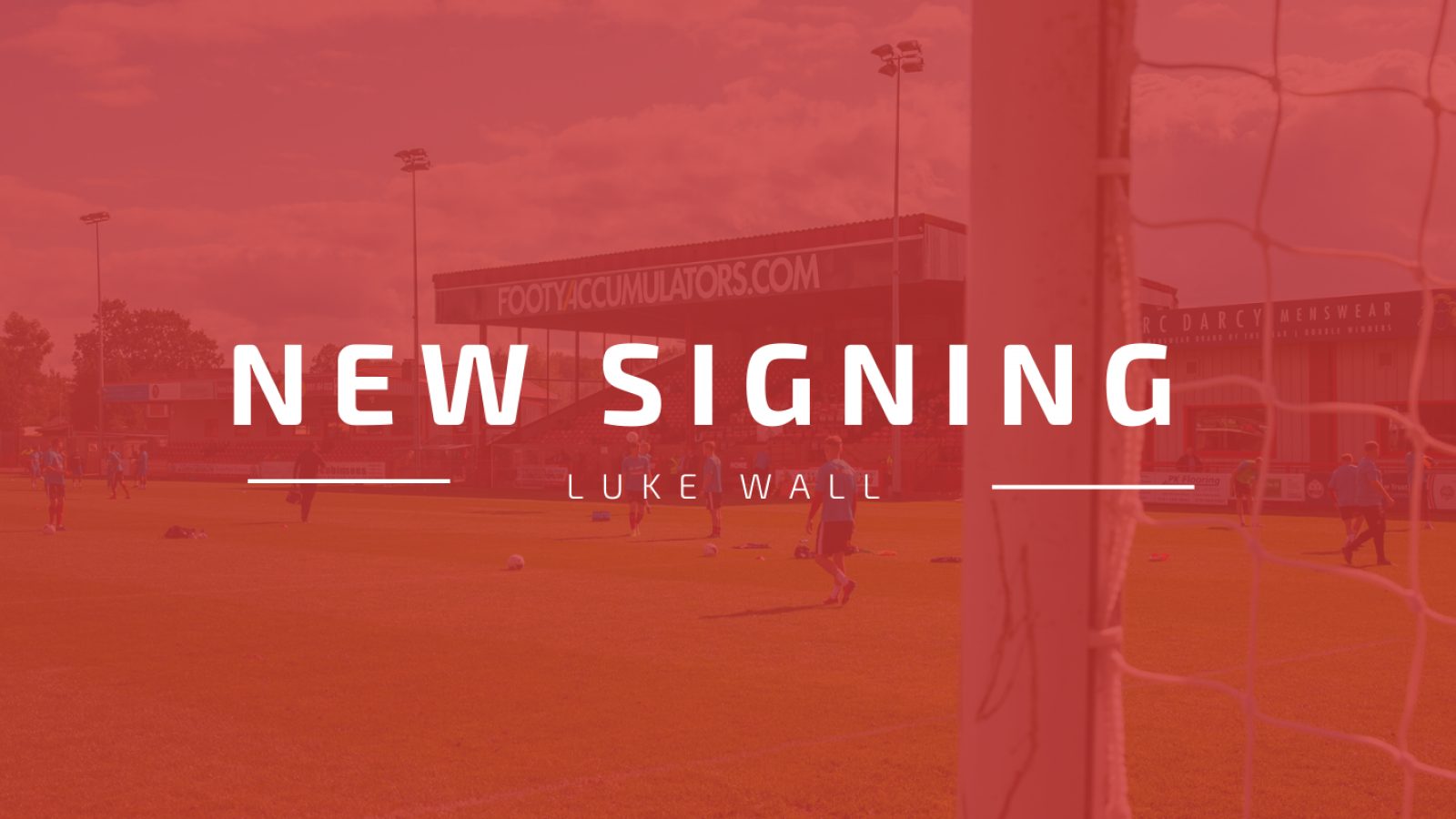 Phil Parkinson has moved quickly to fill the gap vacated by the departure of Ashley Hemmings to Kidderminster Harriers by signing highly rated left winger, Luke Wall from Witton Albion.

The 22 year old started his career at Blackburn Rovers, joining Accrington Stanley upon his release from Ewood Park. He scored 5 goals in 30 appearances for Bangor City in 2017/18 season, when he also played for the welsh side in the Europa League against Lyngby BK of Denmark.

Last season he started at Stalybridge Celtic before spending the majority of the campaign at Curzon Ashton, making 24 appearances & scoring 5 goals. before joining Witton Albion in the summer, where his performaces made him an instant hit with the Albion fans & alerted the Altrincham manager.

“I went to watch Lewis Walters play for Ashton United against Witton Albion last week, and I’ve got to be honest, Luke was the best player on the park. He caught my eye, he has a kind of a Beckham- esque delivery, I mean that’s a massive complement when describing players, but that’s how I sort of fit him in terms of the way he can deliver a ball without having to beat a man. He was on the money every time and his work rate is second to none, which it has to be to be to play at this level, where he has played for Curzon Ashton."

“He’s got great pedigree, he’s been at Blackburn, he’s been at Accrington, he’s someone I’ve known about before, but I was so impressed with him when I watched him, and obviously with Ash (Hemmings) leaving, it did leave us a bit thin, but with Yusifu coming back, bringing Luke in, we’re kind of getting to that competition level that we want, where we’ve got multiple people in different positions. It makes it a bit more intense for those players they know they can’t take their foot off the gas, they’re going to be looking over their shoulder, so it’s a huge lift for us to bring Luke in."

“In term of the non-contract, Luke isn’t going to want to stay here if he’s not playing and obviously we’ve not brought him here not to play, so it will be for him to show that he’s good enough to get in the team and earn himself a full contract.”