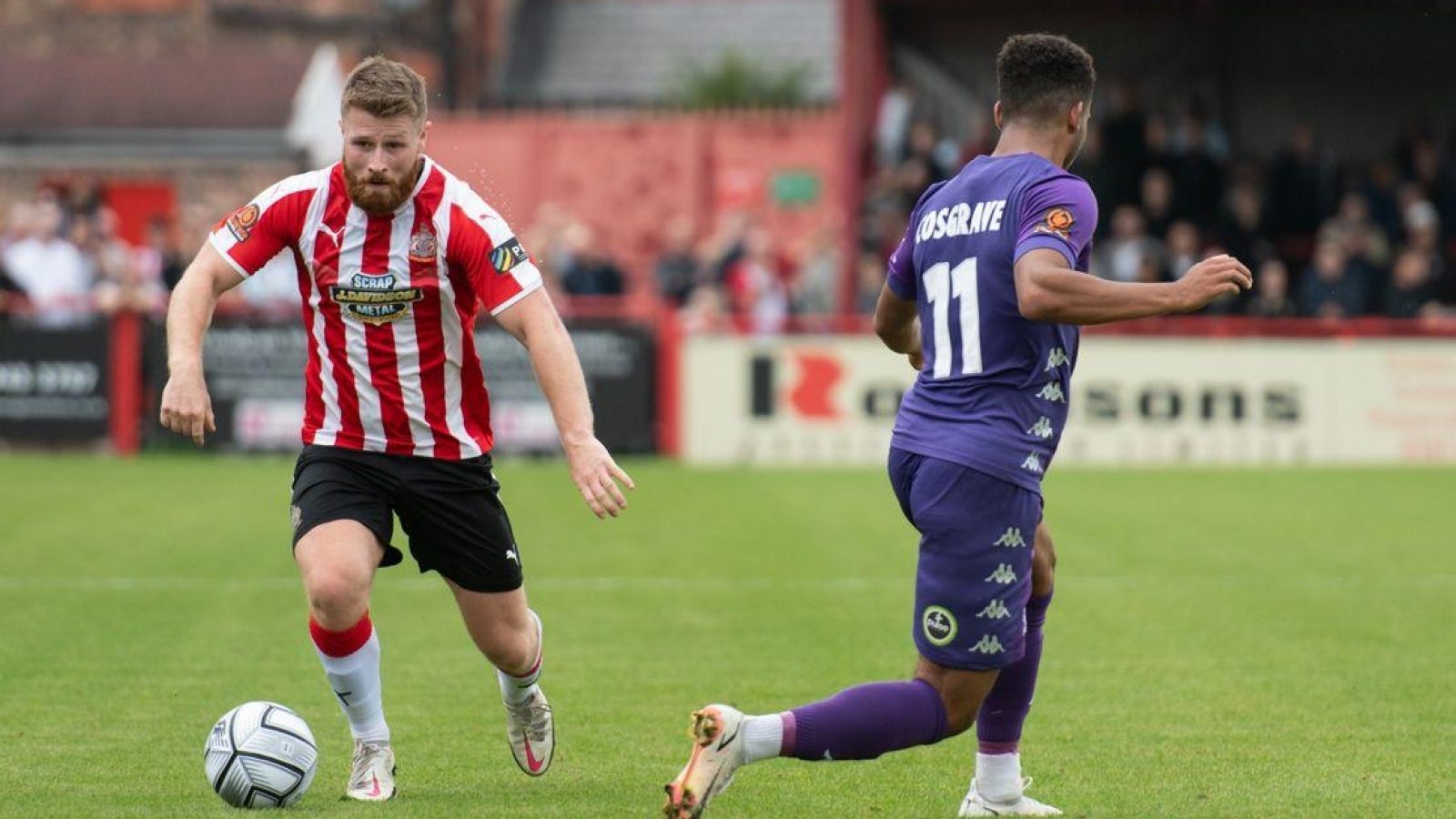 *Dover and out .. Brad Jackson turned on the style against Dover Athletic but will miss Alty's next three games. Picture by Michael Ripley.

Altrincham have today had an appeal against Brad Jackson's red card at Wealdstone turned down by the FA's Regulatory Committee.

Alty bosses challenged the decision to show summer signing Jackson a straight red at The Vale on Saturday after feeling it was the sort of challenge that is routinely punished with a yellow card.

They viewed the foul near the halfway in that light at the time, and video footage subsequently reinforced the opinion that it belonged in the reckless category, for which a caution is appropriate rather than the ultimate sanction of dismissal.

Film of the incident showed the former Chester wing-back did not raise his studs to endanger his opponent or make forceful contact with the Wealdstone player in such a way, and the club argued that it did not constitute serious foul play.

However, after considering Alty's appeal, the panel decided against overruling the referee's interpretation, and, as a consequence, Brad will miss the next three games, at home to Notts County a week on Saturday, away to Dagenham & Redbridge on Saturday, October 2nd and home to Grimsby Town on Tuesday, October 5th.