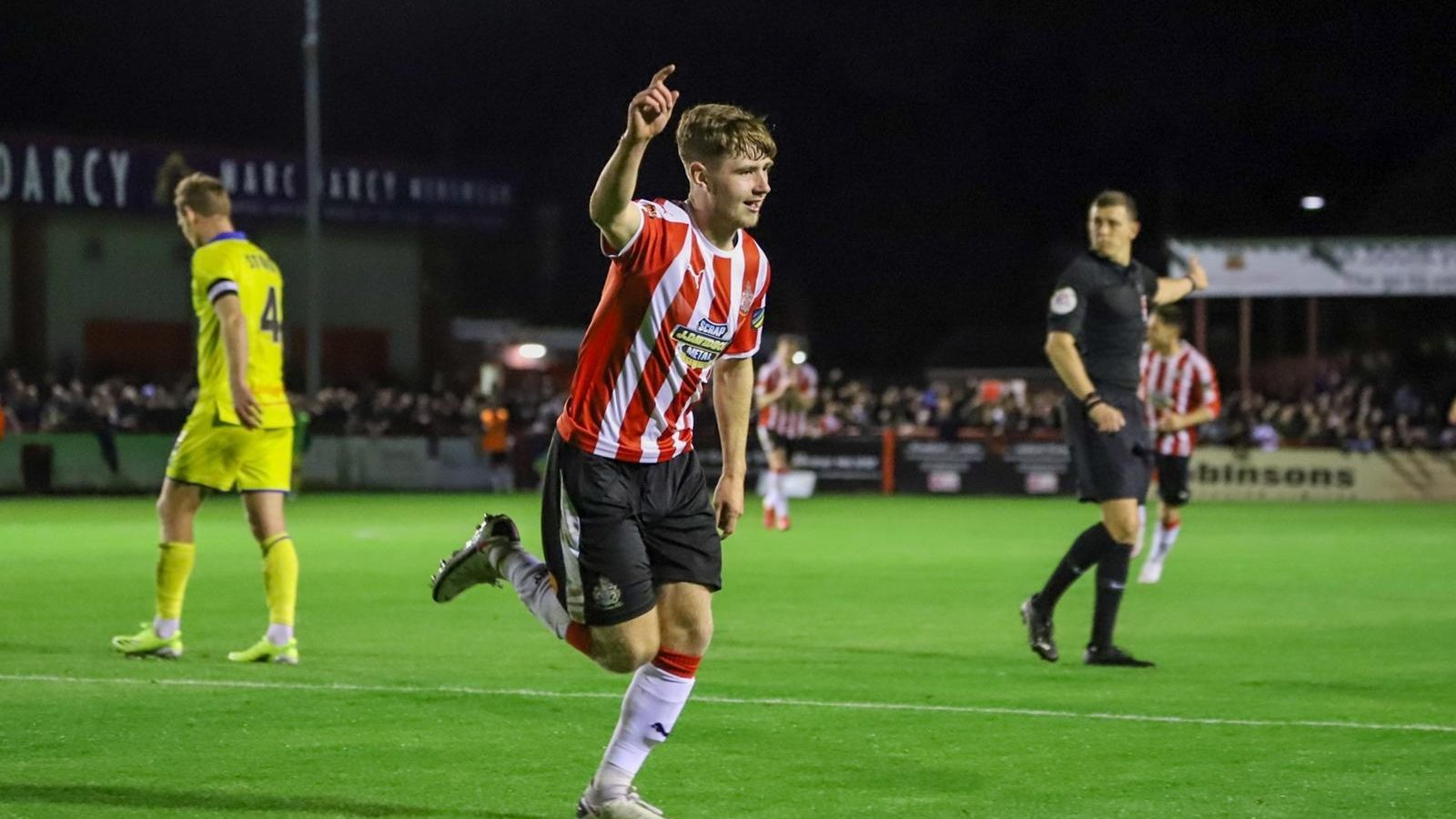 Midfield prospect Barry Baggley has returned to his parent club Fleetwood Town after completing a one-month loan at The J.Davidson Stadium.

The 19-year old from Belfast could hardly have made a greater impact on his Altrincham debut last month after answering the call to help a squad severely depleted by injury and illness and going straight into the starting line-up for the live BT Sport home game with Solihull Moors.

The Robins couldn't quite deliver for the Alty contingent in a crowd of 3,683 and slipped to a 2-1 defeat, but only after Baggley had given them the perfect start by firing them in front with an unerring finish in the 15th minute.

The Northern Ireland under-19 international went on to start the games at Woking and Gateshead, and everyone at The J.Davidson Stadium wishes him every success in his future career as he heads back to Highbury.