Bags of energy, good on the ball and an eye for goal - welcome to Alty, Isaac Marriott! 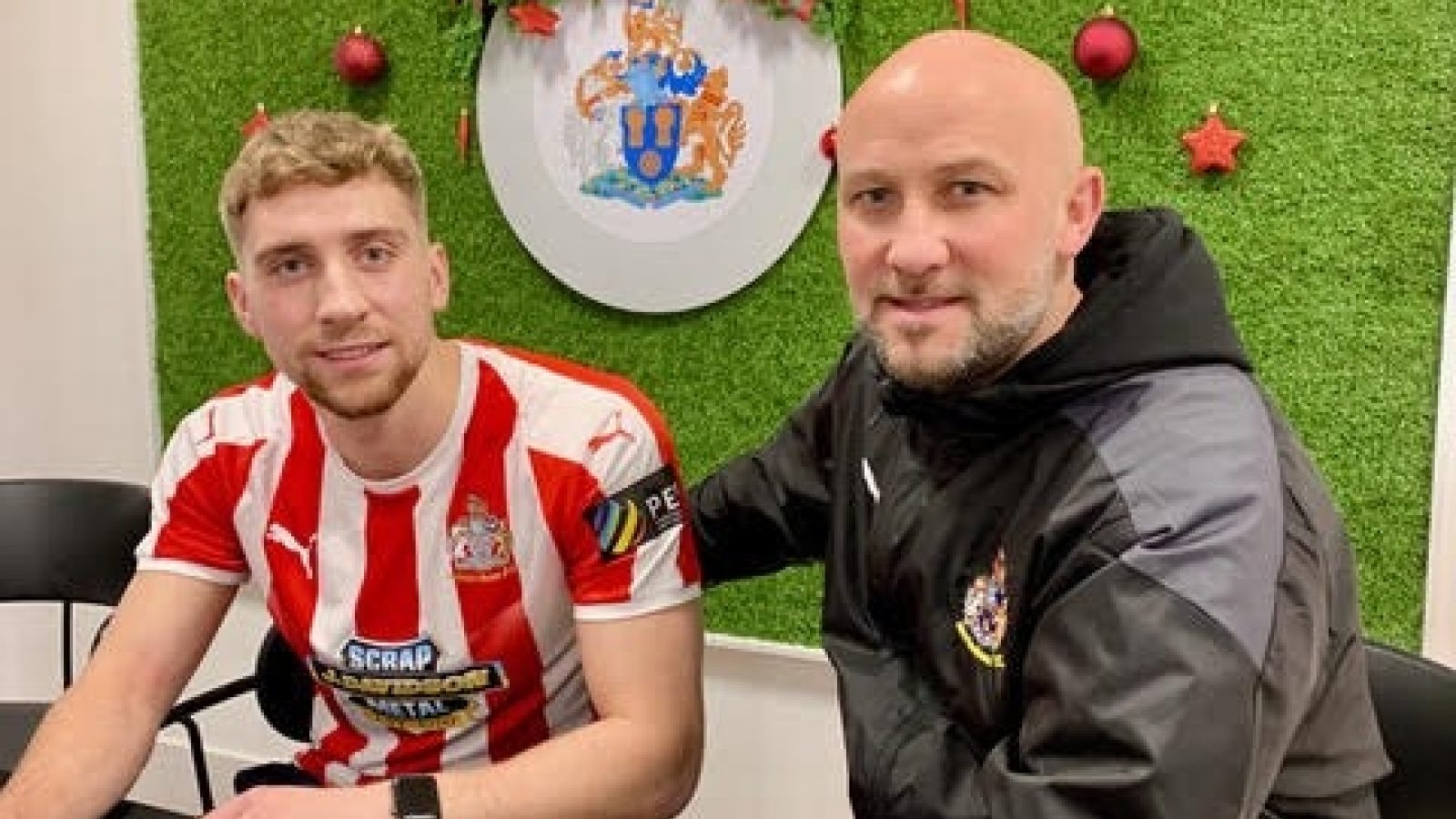 Altrincham are delighted to announce the capture of highly-rated midfielder Isaac Marriott from Bradford (Park Avenue) after he marked his farewell appearance at the Horsfall Stadium with two goals in the Buildbase FA Trophy in midweek.

The 22-year old scored twice in Bradford's Emirates FA Cup defeat at Gateshead, including a spectacular shot that flew in from distance late on, and followed up with another double in an eventful Trophy tie with FC Halifax Town at the Horsfall Stadium on Tuesday night.

With the scores tied at 3-3 after 90 minutes, Isaac then kept his nerve with an expertly-taken spot-kick in a penalty shoot-out that finished 5-3 to the Shaymen.

Now, the Huddersfield Town Academy graduate has brought his dynamic style of play to The J.Davidson Stadium, and he is relishing the prospect of a double-header with Stockport County, on Boxing Day and January 3rd, and the equally-appealing home game with Wrexham in-between, on Tuesday afternoon.

'These are the games you want to be involved in, and I'm already really looking forward to getting stuck in and showing what I can do,' he said. 'The support from Alty fans this season has been phenomenal, and I can't wait to get out there and play in front of them.

'I have been playing higher up the pitch this season. I wouldn't say that's necessarily my best position, but I was happy to do it and would be again. I'd say I'm a really energetic player who gets around the pitch.

'As a central midfielder, I'm quite confident about being on the ball and getting tackles in. I'm not shy about that, and I'd like to think I'm capable of getting a few goals as well.

'All the lads at Bradford spoke really highly of Alty, and I know it's a great club with great support - I'm delighted to be here.'

Boss Phil Parkinson was delighted with his latest acquisition.

'Isaac is a player I have been monitoring for 18 months, he was a player I was hoping to bring in next season. However, with a couple of departures and his excellent form this season for BPA, it forced my hand to move earlier than expected.'

'He’ll bring a high level of energy to the midfield, a box-to-box type midfielder. He has ambitions to play on the league and I’m sure we can help him achieve that as we have done with others in the past,' he added.

'He will definitely be a fans' favourite when he’s bedded in.'

Meanwhile, Danny Whitehead has returned to Port Vale after being recalled from his loan spell. Everybody at Altrincham Football Club would like to thank Danny and Port Vale for everything during Danny's time with the club.

*Look out for an Alty TV interview with Isaac here on the club's official website later today.