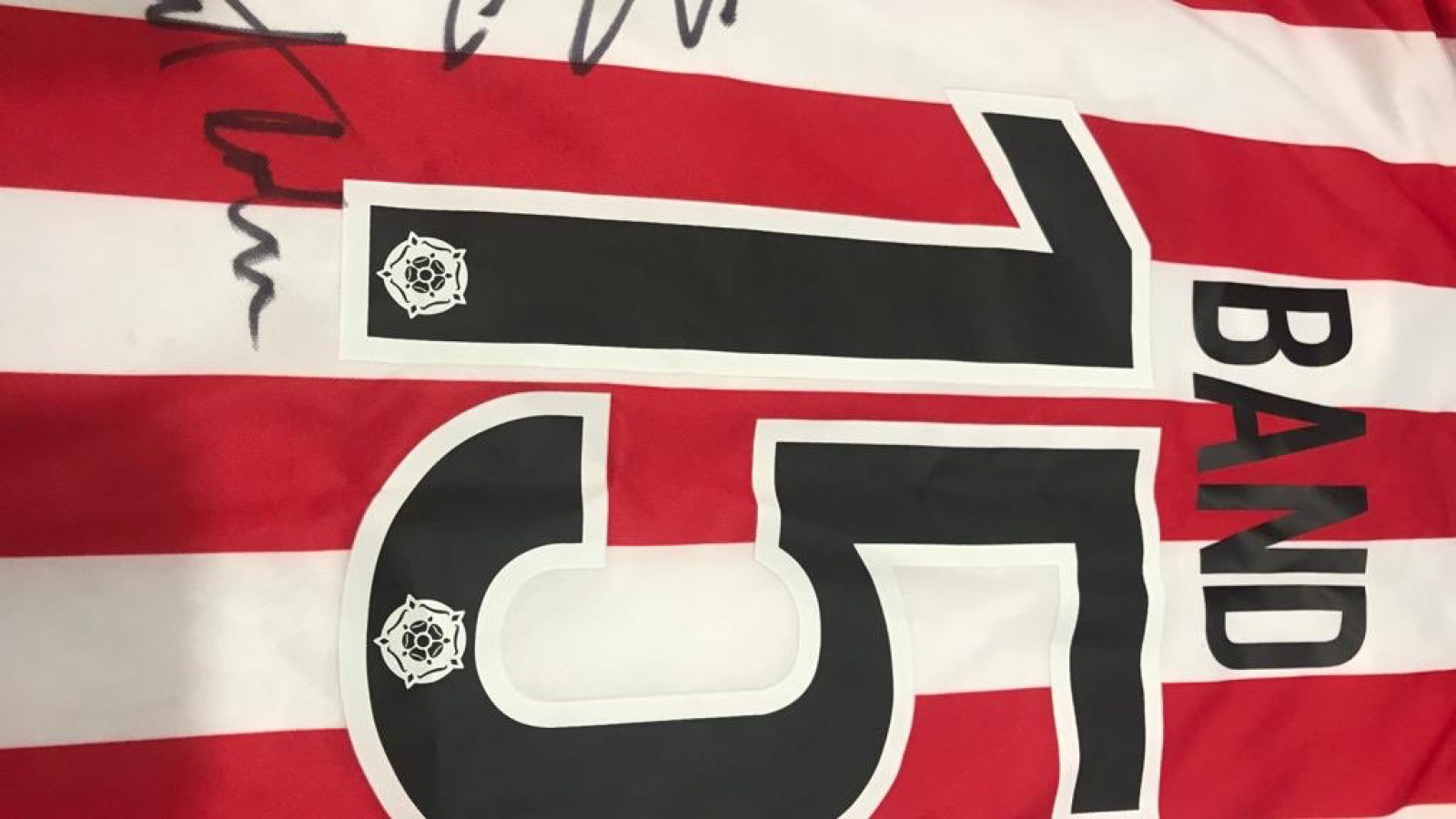 The next item is an Altrincham FC first-team jersey dating back a dozen years or so, worn by Peter Band and autographed by the entire squad.

Yes, the auction run by Ian Senior to raise funds for the club took an unusual but hugely gratifying turn this week when versatile and ever-dependable defender Peter Band won the bidding for a shirt he wore in first-team action for the Robins over a decade ago.

When the prized piece of merchandise, packed with autographs on the front and name and squad number on the back, was first presented for auction, Peter - fondly known as Bandy by all and sundry - wasted no time registering his interest in securing it as a valued souvenir of his Moss Lane days.

The fact that he opened the bidding, lodged another at the halfway point and stormed in with a last-minute winner says everything about the high regard and lasting affection so many players have for the club, even after they have left.

Cheers Bandy, for that £60, and thanks also to SKkits owner Ian for organising an auction that has generated welcome funds for the club and is continuing to do so. We intend to publish a full list of items, recipients and amounts when the auction finally ends.