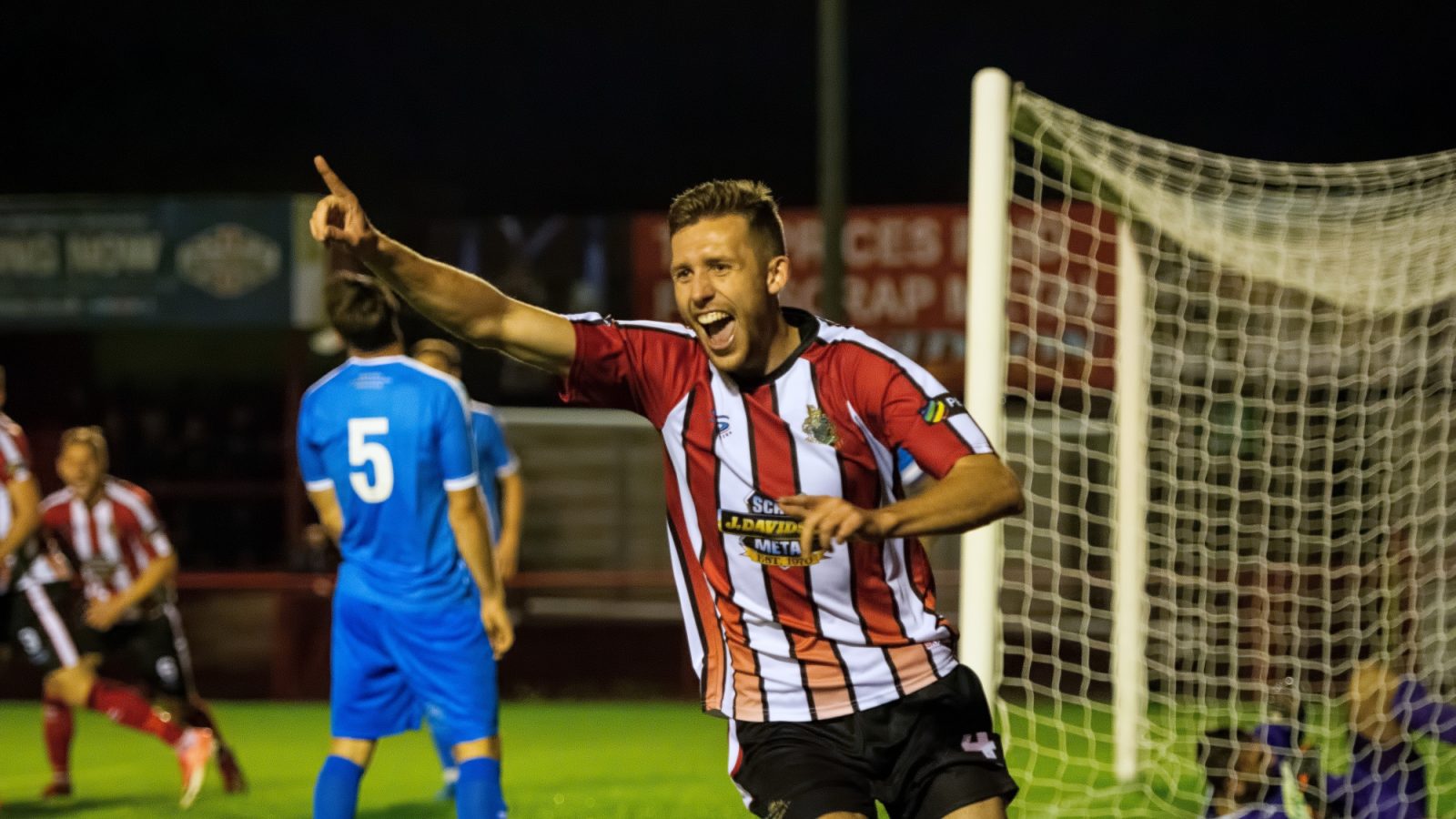 James Jones has finally completed his move away from The J.Davidson Stadium after signing for newly-promoted Vanarama National League champions Barrow for an undisclosed fee.

The highly-rated defender has had several clubs vying for his services since turning down Altrincham’s offer of a new improved contract but has opted for being part of Barrow’s return to the Football League after an absence of almost 50 years.

Confirming the end of Jones’ three-year stay at Alty, director of football Rob Esteva said: ‘It has been the one significant development of the summer so far, on the player front, that James took the decision to seek a fresh start, despite our very best efforts to keep him.

‘We did all we could, by offering him an improved contract on better terms, but he wanted to talk to other clubs, and we wish him well at Barrow.

‘His absence will be felt, but we are fortunate to have a player of the calibre of Toby Mullarkey to step in and show why we rate him so highly.

‘You never want to lose a player of James’ quality, but it does at least illustrate how well he, and the team as a whole, have performed this season that clubs from a higher level have been competing for his signature.

‘The very fact he can now call himself a Football League player is testimony to the level he has reached in Alty colours and to the development he has made under Phil Parkinson and Neil Sorvel, as have so many others.

‘One of our ambitions at Alty is to help players further their careers, whether it be at The J.Davidson Stadium or higher up the football pyramid. We’ve seen it with James, as a fully-fledged Alty player, and we’ve seen it with loan signings, such as Owen Dale and Josh Lundstram.

‘Owen and Josh are examples of the faith a club like Crewe have in how we develop our players. The message is clear for any ambitious young footballer - come to us, spend some time with Phil and Neil, and you will improve.’

Barrow, who lost manager Ian Evatt to Bolton Wanderers and replaced him with former Blackburn Rovers midfielder David Dunn, are looking to strengthen for their return to League Two and were quick to identify Jones’ defensive qualities and eye for goal as attributes they need at the back.

The 23-year old former TNS central defender made a total of 115 appearances for Alty, scoring 13 goals, and he heads for Holker Street with the best wishes of everyone at The J.Davidson Stadium.