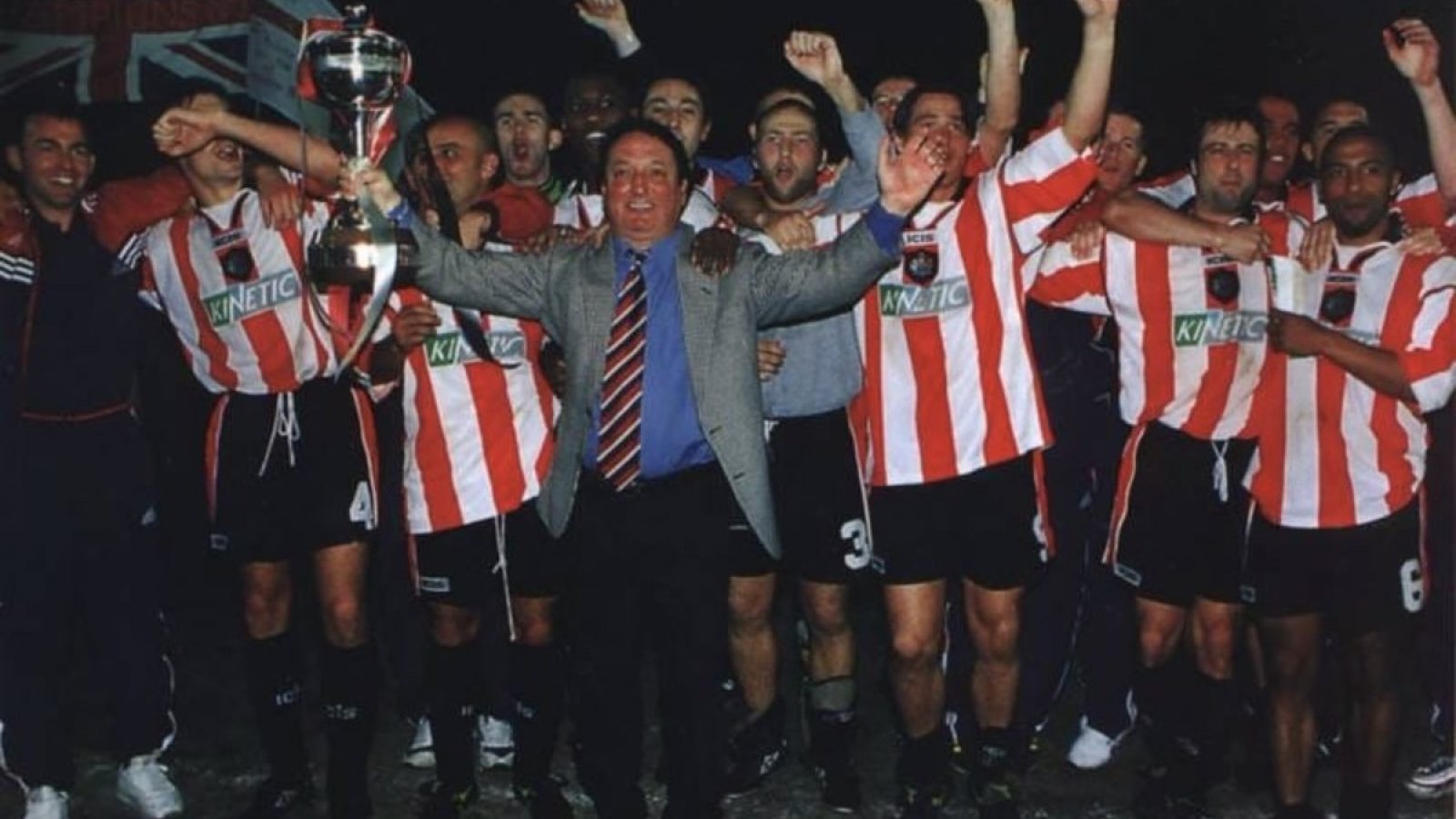 Altrincham Press and Media Officer John Edwards has submitted the following article for inclusion in the news pages of this week's Sale and Altrincham Messenger.

Tributes have poured in for former Altrincham manager Bernard Taylor after the death of one of the club’s most popular figures of recent times was announced this week.

Hailed as a ‘larger than life character’ by chairman Grahame Rowley, Bernard’s distinctive managerial style won him trophies and admirers in the first of two spells in charge at the end of the 1990s.

With club legend Graham Heathcote as his assistant, he lifted the Unibond League Cup, Northern Premier League Peter Swales Shield, NPL title and Cheshire Senior Cup in a trophy haul that was rewarded with an open top bus parade through the town.

Ancoats-born Bernard, who was in his 70s and had suffered health problems in recent years, made his home in Timperley and became so immersed in Alty’s fortunes that his whole family ended up serving the club.

‘Bernard loved the club and everyone within it,’ said Mr.Rowley. ‘So much so that not only did his son Anthony look after the Reserves, his daughters Angie and Marie ran a kiosk each and his wife Sheila would help out whichever one looked the busier!

‘He was an excellent man-manager, a really jovial character who always had a smile on his face, and he will be missed by all of us. Everyone loved him, and we will be having a minute’s applause in his memory before kick-off on Saturday.’

Heartfelt tributes on Alty’s fans forum were packed with anecdotes of how Bernard’s engaging personality struck a chord with players and supporters alike.

Supporters travel coordinator Mark Eckersall wrote: ‘He had time for everyone and was like a father figure to me. He was hilarious, warm and welcoming, and he knew how to get the best out of the people he worked with. He made you want to do things for him and was a true gentleman. I’ve been told when funeral details are known, all Altrincham fans are welcome to attend – Bernard would have loved that.’

Another fan, Matt Taylor, wrote: ‘After we won the Unibond League Cup, Bernard personally took the trophy into hospital to visit a long-time Altrincham supporter who had been unable to attend the final due to being unwell. What a lovely gesture from a lovely man.’