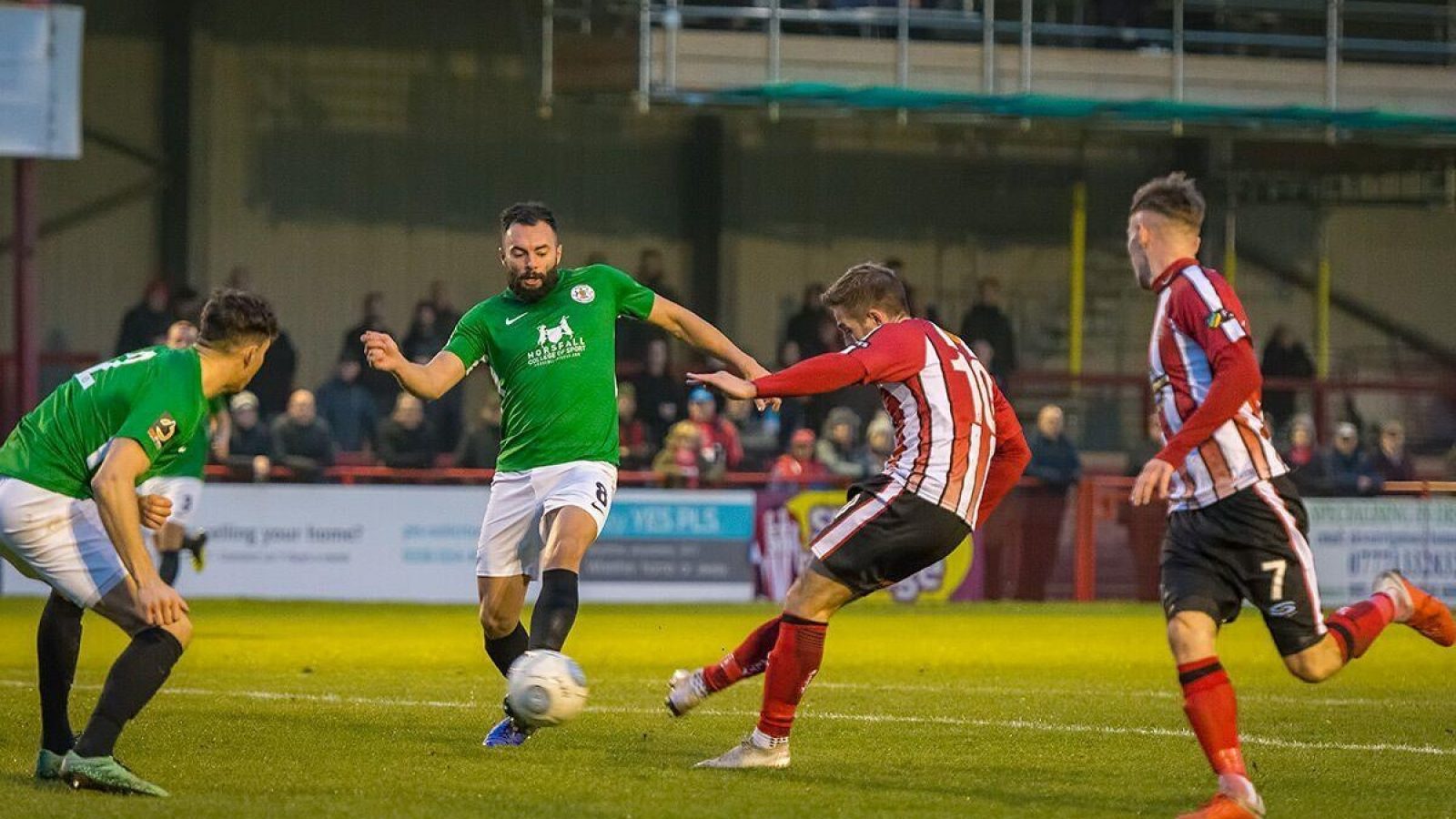 Form team Altrincham were urged to keep their foot on the throttle after continuing their winning ways with a thumping Buildbase FA Trophy triumph over league leaders Bradford (Park Avenue) at The J.Davidson Stadium.

Bradford were swept aside 4-0 as awesome Alty completed a hat-trick of victories over their West Yorkshire rivals this season and made it nine goals scored and only one conceded in their last three games.

They return to Vanarama National League North action this Saturday brimming with confidence but with a warning from assistant-manager Neil Sorvel that there can be no let-up in their eye-catching output. A testing trip to a Brackley side they recently dislodged from the play-off positions is followed by a home game with third-placed AFC Telford United the following Saturday, and Sorvel said:

‘We dominated and were worthy winners, and I particularly enjoyed watching our second and third goals. They were two outstanding moves, and, for the third one, we must have strung together 20 passes before Josh Hancock stuck it away.

‘That’s what we base our game on, keeping possession of the ball and moving it at tempo, and not many teams have lived with us when we’ve got it right. The aim now must be to keep doing it on a consistent basis, because when we are on it, we are more than a match for anyone in this league.

‘We are in a really good spell at the moment. We are looking really solid defensively, we are moving the ball well and we are creating chances and being clinical about converting them. But a lot of the games have been tight for long spells, so the message is we have to keep it going. There is a tough run of games coming up, so we can’t take our foot off the gas.’

Winger Kallum Mantack rounded off the scoring moments after going on as substitute for his Alty debut, and Sorvel added: ‘He’s here to increase competition for places. We wanted another quick player in wide areas, and to score with virtually his first touch will do him no harm.’