Best half since we took over, says Sorvs 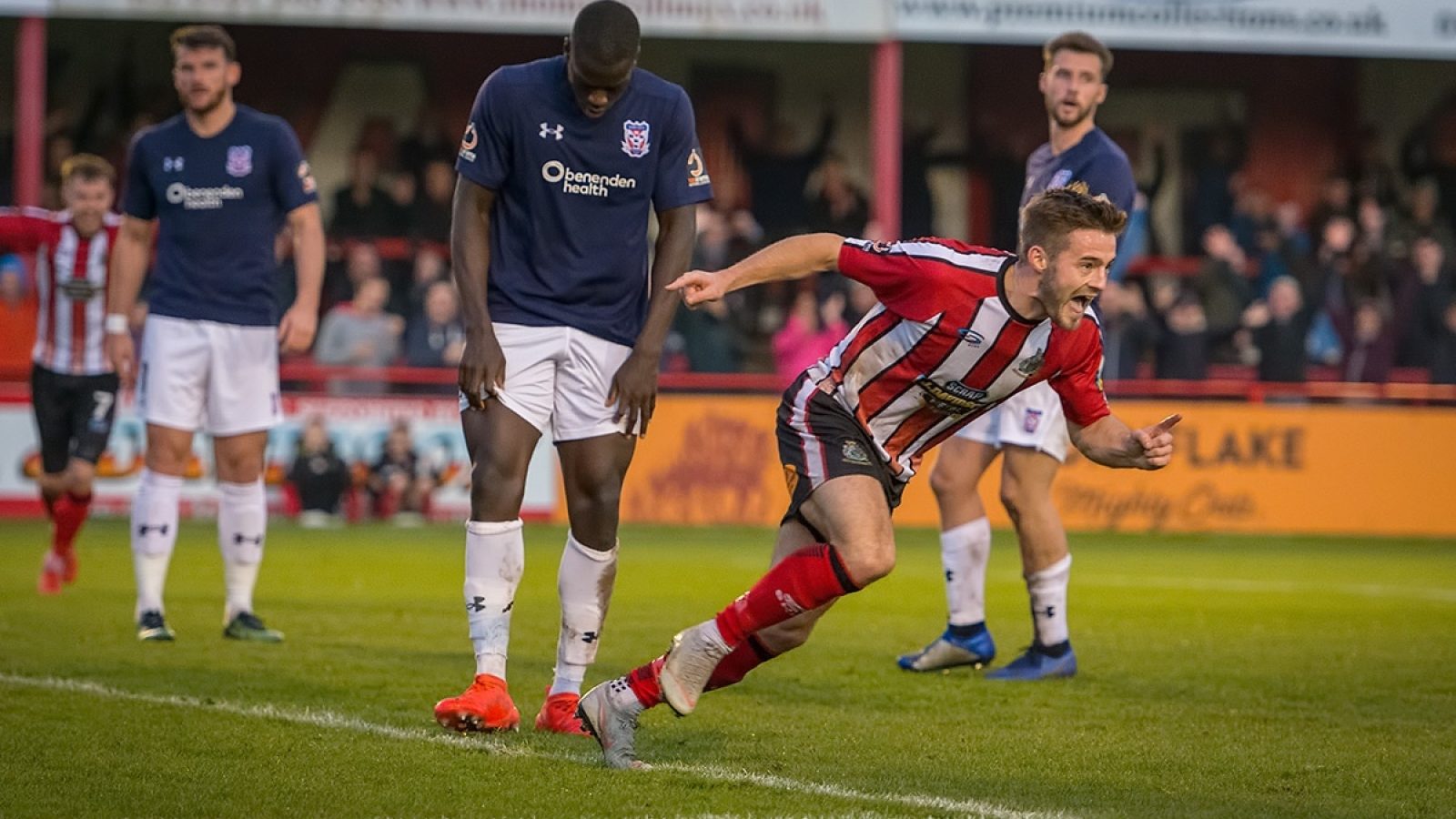 This is an extended version of the article Press and Media Officer John Edwards has submitted for inclusion in this week's Sale and Altrincham Messenger.

Seven days after their best performance of the season, Altrincham were credited with producing the best 45 minutes of Phil Parkinson’s entire reign as manager at The J.Davidson Stadium on Saturday.

Outclassing in-form Chester on their own pitch and winning 2-1 was hailed as Alty’s most impressive 90 minutes so far in the Vanarama National League North, but, for one half at least, they scaled even greater heights against York City.

After an even, goalless first-half, Alty overwhelmed their former Football League opponents with wave after wave of attacks to run out 3-0 winners and leave assistant-manager Neil Sorvel admitting: ‘That second half was the best we’ve played this season. In fact, it’s as good as I’ve seen from us in all the time Phil and I have been here.’

Alty, who face league leaders Bradford (Park Avenue) in the Buildbase FA Trophy at The J.Davidson Stadium on Saturday, are in the play-off places for the first time, and Sorvel added: ‘There is a feeling this is where we should be, and we are there on merit after taking 16 points from the last 18, but the challenge is to maintain that sort of consistency.

‘We have been a match for pretty much everyone so far and haven’t once come off thinking we couldn’t live with someone. The players have shown they are more than capable, but there are some really tough games coming up, so we have to be at it every time.

‘That second half really was outstanding, though, with three great goals and so nearly two or three more, given the saves their keeper made. For the third, right at the end, we were almost saying take it into the corner, but some quick passes opened it up and Josh Hancock stuck it away.

‘That shows the players’ positive intent. It’s the style of play we want from them. I’m not interested in wasting a couple of hours on the touchline watching football that doesn’t grab me, and if we get it right, like today, you can see what we are capable of, even against a full-time team.’

Sorvel welcomed the arrival of Kallum Mantack and Josh Langley, who were both on the bench, and stressed the loan signing of centre-back Langley had no bearing on the futures of defenders Liam Goulding and Ben Harrison, who are both out on loan.

'We were happy enough with the squad, but when good players become available, you want to get them, because they strengthen the group and create even more competition for places, which is what these two lads will do,' he said. 'The thinking with bringing Josh in was very clear. There was no doubt in our minds it was best to leave Liam and Ben were they are to carry on building up their fitness and match sharpness.

'Such was the form of Tom Hannigan and James Jones, Liam found himself going through a long spell without playing. To his credit, he wants to be out there playing, rather than sitting on the bench, so the idea was to get him some games. He will benefit from that, so it makes sense to continue with it. Ben needs games as well, after all his recent injury disruption. He hasn't had much game time because of the injuries, so he will carry on getting minutes under his belt and building up his fitness and confidence.'