Bill's message from the board 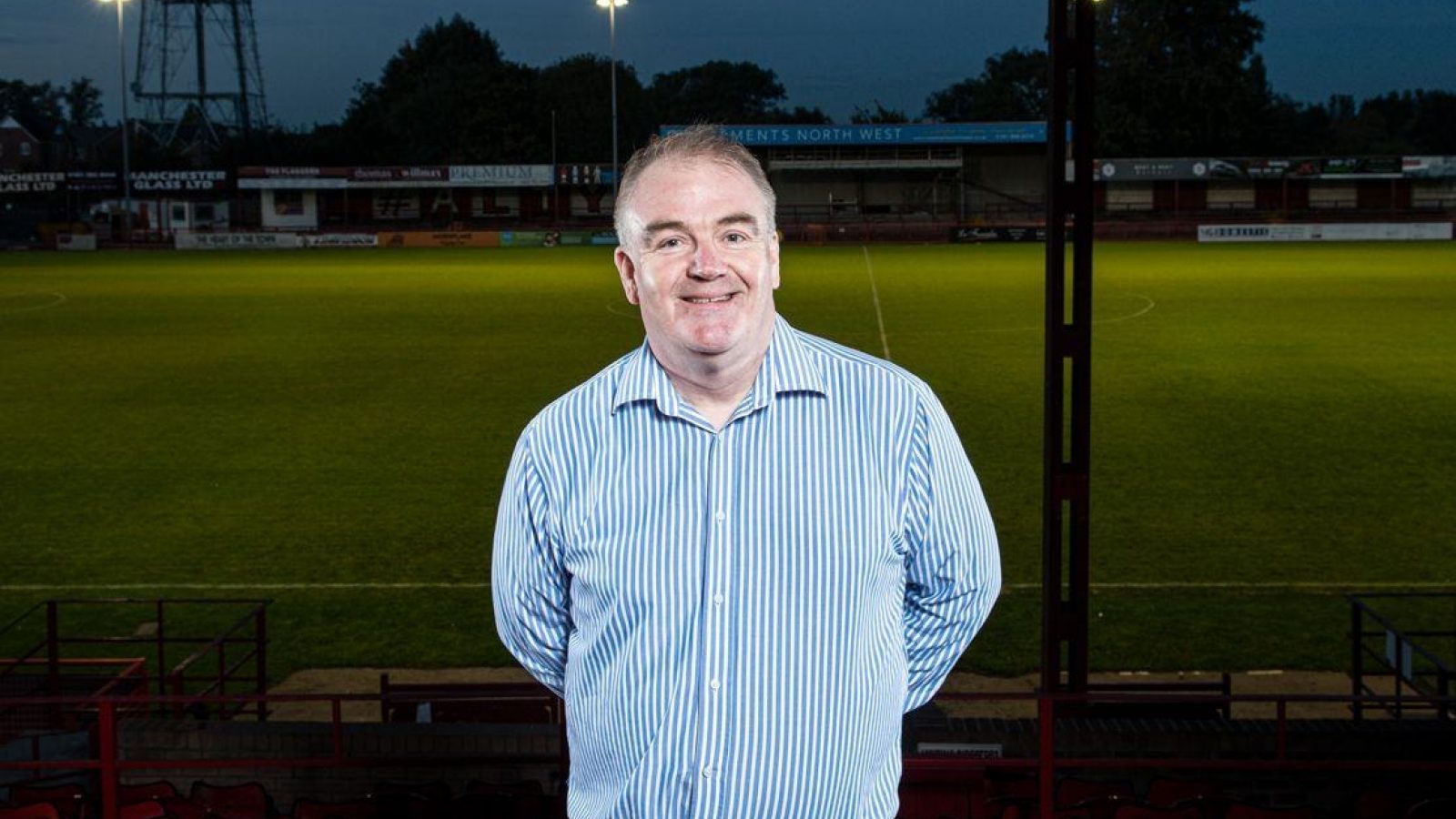 This is Altrincham Co-Chairman Bill Waterson's latest From The Boardroom column for the Robins Review, which will appear in the online programme for Saturday's Vanarama National League fixture with Aldershot at The J.Davidson Stadium.

We welcome the players and officials of Aldershot Town to The J. Davidson Stadium for today’s Vanarama National League game. This is the second in a run of home fixtures after an October on the road from Nottingham to Wealdstone via Eastleigh, Hartlepool and Dover. We also welcome all spectators who are joining the live stream today.

Aldershot are one point but nine places ahead of us at start of play, having won two of their six games so far; a 5-0 win at Dover and a 1-0 win at home to Notts County last weekend. Like us, they have also drawn at Eastleigh and their three defeats were home games against Sutton United and Torquay United and at Hartlepool. The Shots will be another tough test for us today, but we are ready for it.

This has not been the start to the season that we would have wished for, but it’s the one that we’ve got. This current situation is the one we have to manage, and hypothetical scenarios are irrelevant (if only we’d scored that pen at Hartlepool and so on).

We find ourselves at the wrong end of a tough league, and we find that we are being abandoned by Lady Luck. We are not in a panic, but we are not unconcerned, either. We are keeping a clear head and focusing on resolving our issues and ameliorating the situation.

We are convinced our strategy is sound – two promotions in three seasons give proof to this sentiment. And we know we are facing the toughest challenge faced since I joined the board in 2017. We have seen significant progress on and off the field in 2020, despite the limitations imposed by COVID-19.

Our focus in the long term has seen us set up the Academy, including making Neil Sorvel our first full-time employee, seen Paul Carter join him on the payroll as our General Manager and seen us invest in kicking off a 10-year ground improvement programme. Cathal Morrison joining the board has further increased our capacity to get things done, and we will continue to strive to progress at this uncertain time.

Our focus remains strongly on retaining our National League place at the end of this season. We reiterate that money is available to bring in players. And in response to the injury crisis that has seen us lose eight members of our squad, we have further increased the player budget to ensure that we are not constrained in our reaction to the current situation.

You could argue that you have not heard of us being involved in moves for players, but this is because we do not conduct our business in public. We are seeing many National League clubs, and those in the regional divisions too, making strident public statements about the state of the world.

One club notably claimed poverty in an article, with the caption underneath “We sign five new players”. Our approach is to go quietly about our business and keep this proud club moving forwards.

We work best when we are all aligned, and our supporters are fully behind us. I know that there is growing frustration among you, but please trust in our judgement and recognise that this board is working harder than it ever has done to move us forward.

I am not asking you all to become “Happy Clappers” – in fact we appreciate focused and constructive criticism – but please trust in your board and the management team to get this sorted.