Billy's the kid for Parky! Sass-Davies signs on for second loan spell 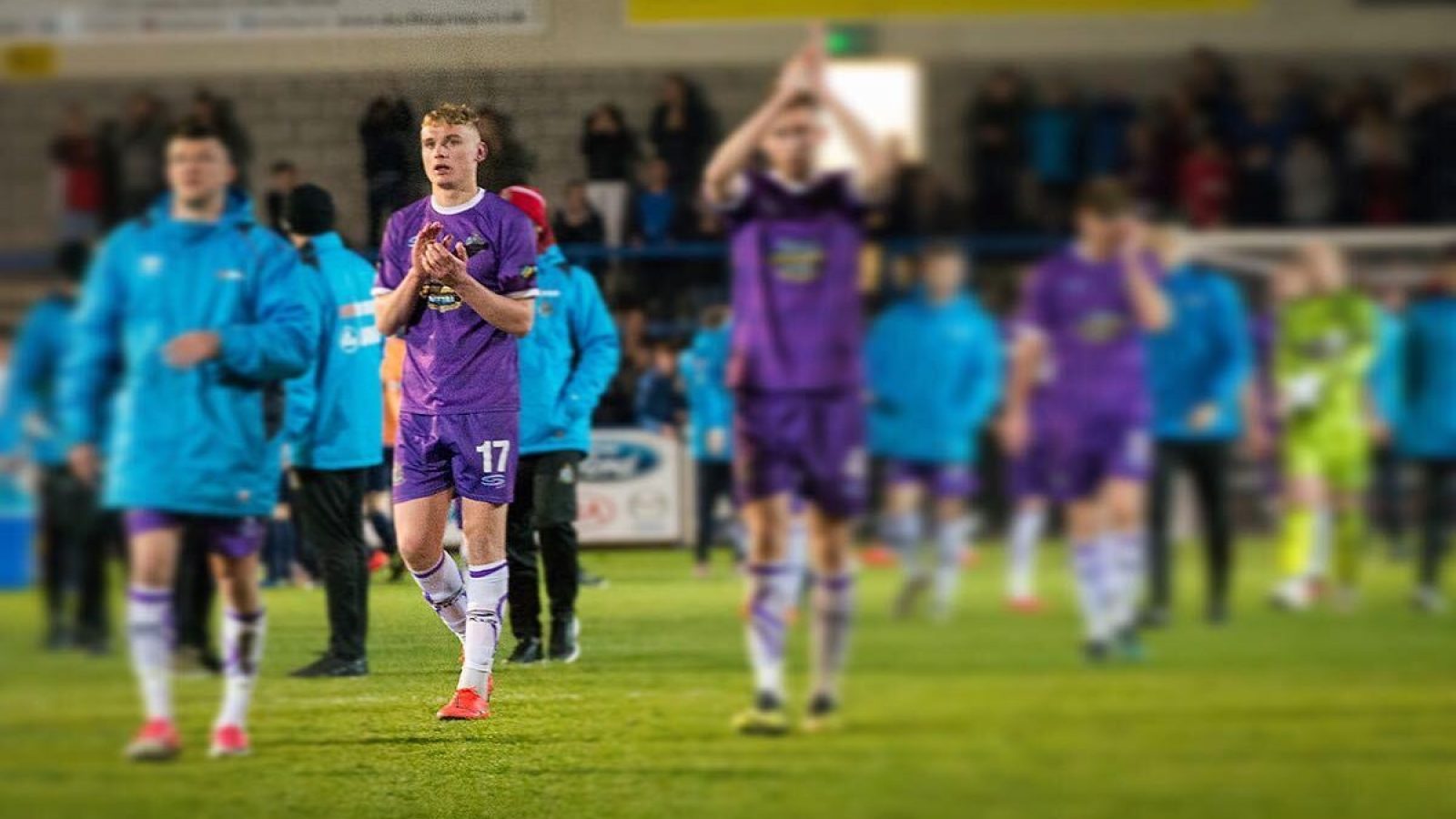 Phil Parkinson has once more turned to Crewe's Billy Sass-Davies to plug a defensive gap after signing him on loan for the next month.

The highly-rated centre-back (wearing 17 on his shorts in the above picture) has been recruited to bolster an Altrincham backline depleted by an ankle injury to Toby Mullarkey and goes straight into the squad for tomorrow's Vanarama National League fixture at Wealdstone.

Sass-Davies was described by Alty boss Parkinson as 'an absolute colossus' at the start of an initial spell at The J.Davidson Stadium in March last year, and he is seen as the ideal candidate to minimise the loss of Mullarkey and apply pressure to Tom Hannigan and Ritchie Sutton for a place in the team.

Eager to build on the momentum of a creditable draw at Hartlepool that was so nearly a win and a deserved victory at Dover, Parkinson wanted to maintain the status quo of having three top-quality central defenders during Mullarkey's month-long absence and has achieved it with Sass-Davies' arrival for that length of time.

Parkinson quickly identified the 20-year old as a top prospect, after closely following his progress through the Crewe youth ranks, and his judgement was soon endorsed when Alty found themselves up against a formidable barrier at Broadhurst Park just over 18 months ago.

Sass-Davies was at the heart of FC United of Manchester's defence, and though Alty won 2-1, Parkinson singled out the on-loan defender as their outstanding player and said: 'I just thought he was an absolute colossus. I've known about him for a number of years, but I actually didn't recognise him to begin with at Broadhurst Park because he has grown and developed physically so much.

'I thought he was a constant threat to our chances of winning that game in both boxes. He dominated his area and looked like he was going to score every time they had a set-piece near ours.'

The Abergele-born Wales under-19 cap went on as a second-half substitute in a 1-0 win at York in his first loan stay at Alty and appeared again as a substitute at AFC Telford.

He has since gone on to force his way into the senior team at Crewe and scored his first goal for them in a 2-1 EFL Cup defeat by Lincoln City at Gresty Road two months ago.

Everyone at the club wishes him an enjoyable and successful time in his second spell here at The J.Davidson Stadium.