Boss delivers his verdict - we were shambolic 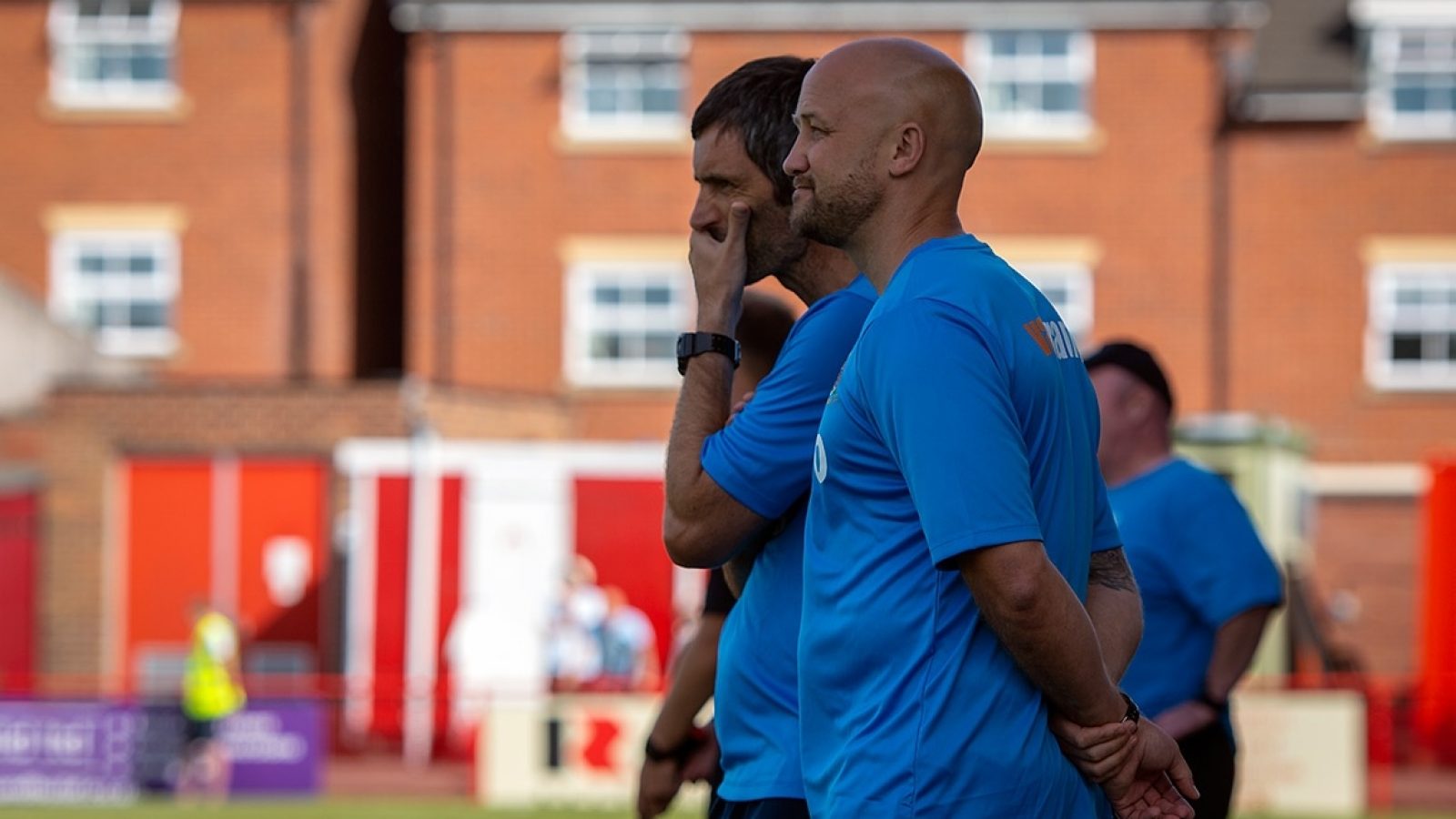 Manager Phil Parkinson gave his verdict on Saturday’s 2-0 home defeat to Boston United in a post-match interview with Press and Media Officer John Edwards. Here is the interview in full.

Q: Were we just not at it on the day, Phil, or was it more a case of Boston United being just too good for us?

A: There was a little bit of the latter maybe, but, without pulling any punches, I thought we were shambolic. That performance was not acceptable. I don’t normally go into the changing room and delve into the negative aspects of a performance, but I had to today. I had to address it at half-time, but we still went out and disappointingly did exactly the same thing again. I felt we were not at the pace of Boston. At times, it was men against boys, yet I know these players can do it. I know they can do what is required, because I have seen it in the opening three games. We can compete at this level and create chances and score from them. However, for the last 20 minutes against FC United and pretty much the entire 90 today, we were second best, and there is nothing worse for a manager to say than that. A lot of them will have dinted pride and egos. I certainly have. I’m really hurting after that. I will have a look at myself as well, and the message we are putting on to the players. In the same breath, though, and I said this to the players, if they want to carry on playing the style of football that I promote and we are all about, they need to show it on the pitch, because unfortunately for myself, there is only so long this football club will accept performances like that. It will have a knock-on effect on me if it carries on like that. I know it’s very early days to be saying that, but that is football, and if I’m watching that today, I’m distraught at what I’m seeing. We deserve all the criticism we are certainly going to get and are going to have to take it on the chin, because that was a million miles away from the standards we set ourselves.

Q: So, it was more not playing to our capabilities than being out of our depth?

A: It was, yes. Hey, Boston were very good. They were up there last season, pushing for the play-offs, and Craig Elliott has come in and done a fantastic job with them. They have got lads who work really hard and pull for each other, and they will score a goal, whereas the question mark over my players at the moment is: Are they going to work hard enough outside of possession? They were not good enough on the ball today and certainly did not work hard enough outside of possession. It’s the first time I can remember ever openly criticising the lads, because they have been that good since I arrived here. But that is probably the worst I have seen in my time as manager, and maybe it’s the kick up the backside that was needed, a reality check, so to speak, and it has to be put right, because I won’t accept it and neither will the players. They are not happy with each other. The only ones to come out of it with any credit are the two full-backs (Andy White and Connor Hampson) and Jordan Hulme. That means we’ve got three players who performed, and the only positive I can take from that is we surely won’t ever have that many under-performing in the same game ever again. Boston were really well drilled, but we are going to come up against that in this league, so we have to be ready for it every single time. I’m extremely disappointed and frustrated, and I really feel for the fans, because again they stayed to clap us at the end. I know if we perform like that many more times, that will turn round, but the fans have been outstanding. They gave me the belief to carry on doing what I am doing, and when I see that, I try even harder, because they deserve better than what they saw today. They have got used to the other side of the game, where we are winning and competing. My teams always compete and work hard, and the football follows on from that, so we need to address that and address it very, very quickly.

Q: It must have been particularly galling that there was no response in the second half after you laid down the law at half-time?

A: I totally agree that we fell away badly in the second half, and that is particularly frustrating. Despite playing so well in those first three games that we really should have had nine points, I’m realistic enough to know we are not going to turn it on like that every week. We are going to be second best sometimes, but it was the way we were second best I simply can’t accept. I didn’t see the body language I normally see, or the endeavour. But we know what we have to improve on, and we will do it. We are very hard working behind the scenes, and the players work extremely hard on the training pitch. We have just got to get it right, and we will.

Q: At least you’ve got a clear week now before the next game, so that’s good from a preparation point of view, isn’t it?

A: It is, and we all know the importance of reacting positively to these last two results. If you lose one game here, it feels like the end of the world. We don’t lose many, but I have said that before, so you can only imagine how everyone is feeling after losing two. It is a feeling of devastation. I keep asking for a sense of realism. If things continue like today, then clearly something will have to be done. But we do need a bit of time to adapt, and it is very early. I would rather find out now what we need to do than at the back end of the season. We are very aware of the task ahead and what needs doing, and the players are very aware of what is expected of them. They have been told that today.

Q: Playing out from the back is an integral part of your approach and has served us well, but are you concerned it could have led to three further goals being conceded, had Boston been more clinical?

A: Yes. There is nothing worse than when a team plays out from the back and doesn’t get it right. It looks horrific. We always encourage our teams to play through the thirds. I won’t deviate from that, but what I will do is educate my players about how and when to do it. Today, we didn’t do it at the right times. That may have been down to a lack of confidence. If so, I will have to address that, because we have to be mentally strong. When a team are working as hard and pressing as high as Boston were today, a bit of common sense has to come into it. I’m not asking my players to play from the back when it’s not on. I’m asking them to be aware of when they can do it and when they can’t. It’s down to their judgement. I know it’s not easy, or every team would be doing it, but we have shown in previous games we are capable of doing it and turning it to our advantage. It’s about finding the right balance and playing sensible football. We can’t lose our identity or abandon our beliefs, and I won’t allow that to happen. It is so important we learn as we go along. I’m learning every game. The players must learn very quickly what they need to do and take on board what we are doing in training.

Q: Can you give us an injury update?

A: Connor Hampson was in real pain after injuring his hand in the second half. I heard a crunch when he landed on it, so I just hope he hasn’t broken anything, though we won’t know until it is checked out. We sent Ben Harrison with the Reserves today just to help build up his match sharpness. I was hoping Shaun Densmore might have been ok today, but he wasn’t quite ready. Lloyd Bannister is coming into the fray. His registration has come through, so let’s see how he trains this week. Lack of game time is the only worry there. Likewise, James Poole just needs game time. He looked great in training the other day, and we are missing that type of player, or at least we did today. We lacked a bit of creative spark. It’s just frustrating that people who have come to support us at home have not seen the best of us, whereas those on the away trips probably have. It is deeply frustrating, because I know my players can produce so much more than was on show today.