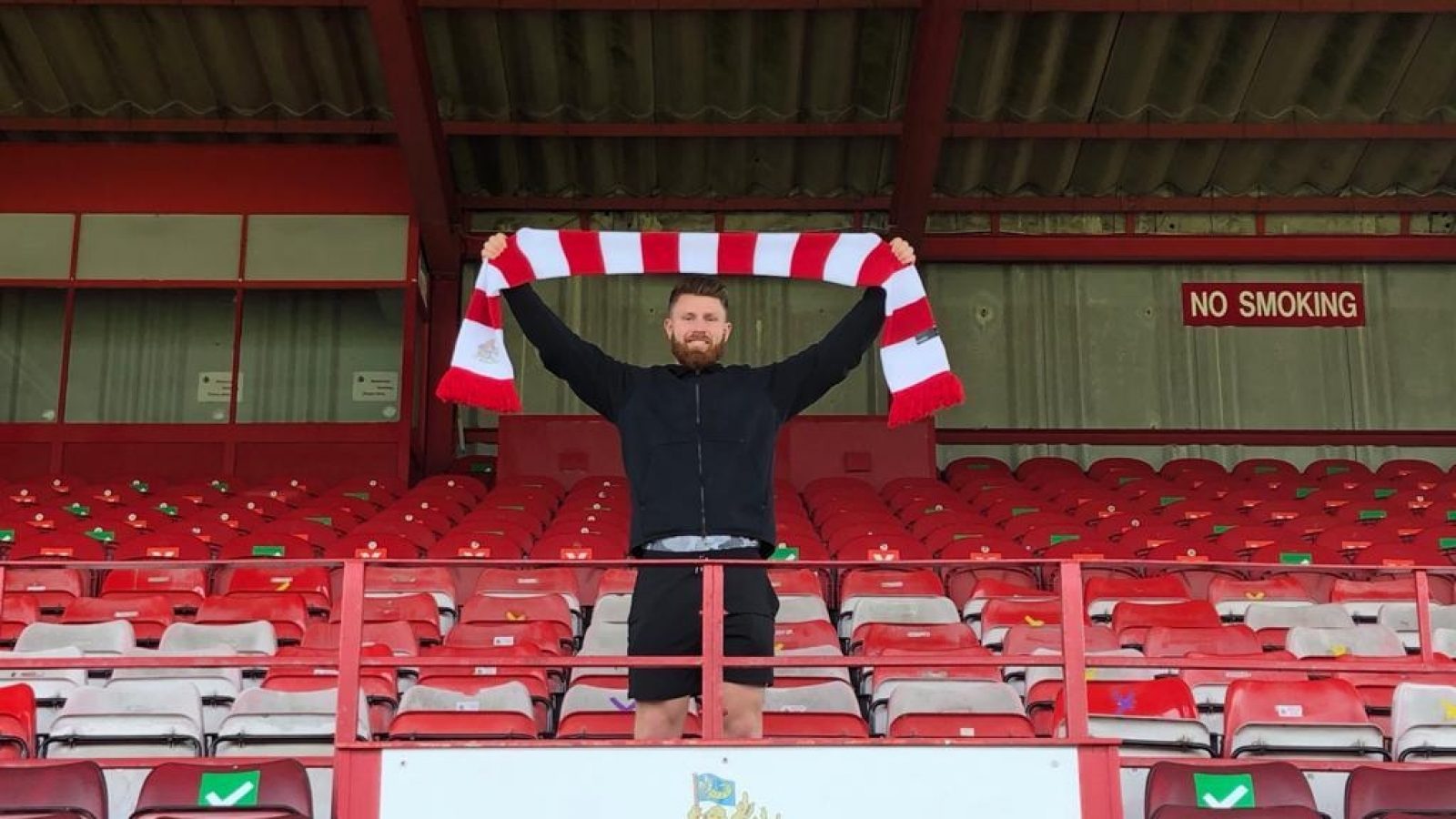 Brad Jackson has become Phil Parkinson’s first acquisition of the summer for Altrincham after being cleared to sign forms at The J.Davidson Stadium.

The club can now announce that the move has been officially ratified after the Football Association confirmed they had received the relevant documentation from Jackson’s former club Chester.

The flying right-sided winger, Chester’s 2019-20 player of the season, was presented to Robins fans shortly before kick-off against Torquay United today, and the rapturous applause he received mirrored the enthusiasm Alty boss Parkinson feels for his latest recruit.

‘I’m absolutely delighted to announce Brad as our first signing for the new upcoming season.’ he said. ‘He was one that slipped through the net a couple of seasons back, and I’m over the moon to have the opportunity to rectify that mistake by convincing him to leave Chester, where I know he was highly regarded.

‘He was a major reason why Akwasi Asante scored so many for the Seals a few seasons back, often putting the ball on a silver platter for him to tap home. I’m hoping he can forge that kind of relationship with players here at Altrincham.

‘He’s an old fashioned winger who I think the Altrincham faithful will really enjoy watching. He wants to get to the line and has an array of crossing techniques at his disposal. I am very keen to see the heights he can hit here in the National League.’

The Manchester-born 24-year old was tipped for a Football League future by his boss Anthony Johnson when he signed an 18-month deal at Chester in January, 2020 - let’s hope that comes true in Alty colours!

A very warm welcome to The J.Davidson Stadium, Brad.