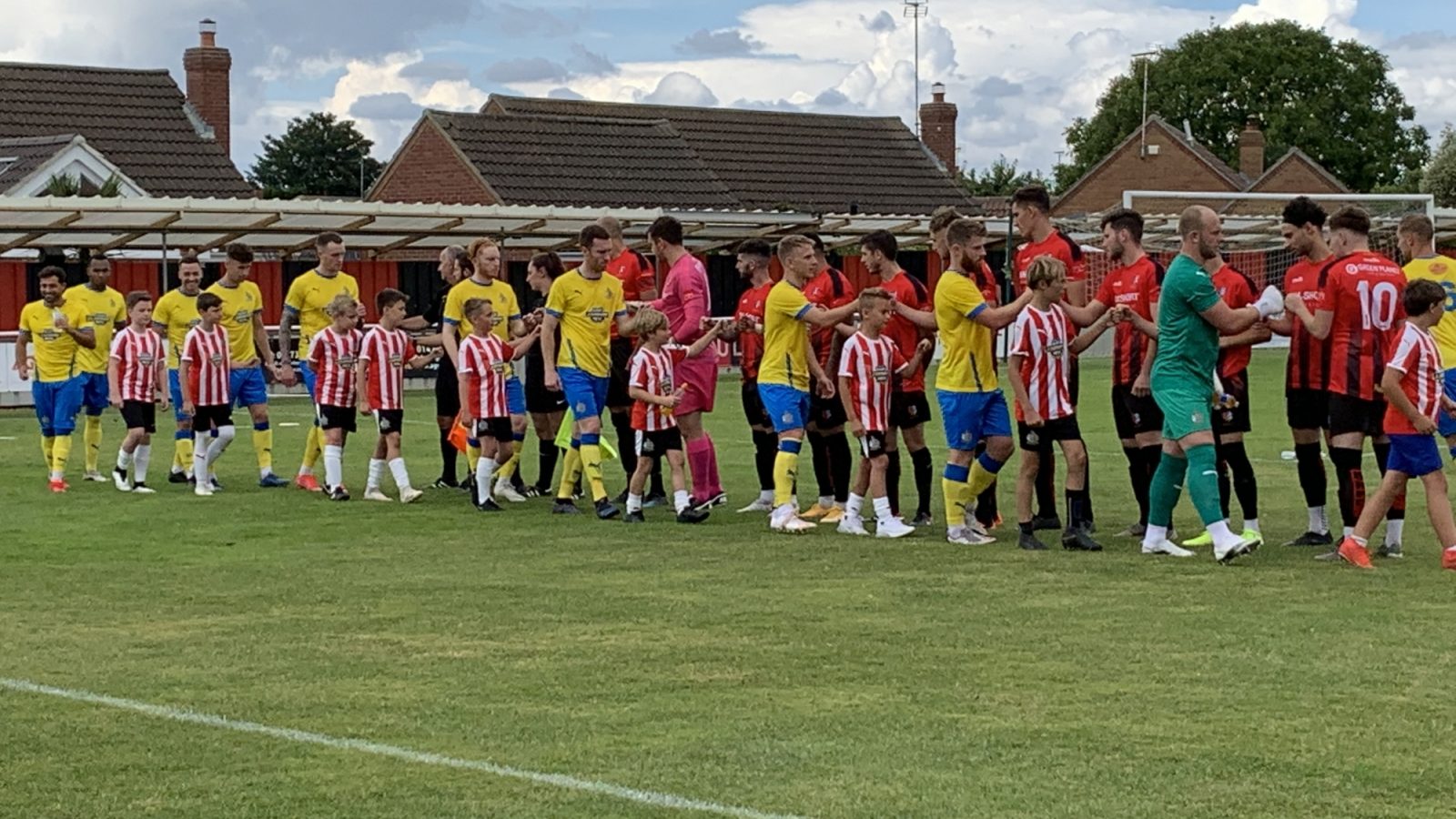 Altrincham continued what has been a successful pre-season programme to date with a five goal margin victory in Essex on Saturday afternoon.

The kick-off was delayed by 30 minutes from its scheduled time of 2pm as the Altrincham coach did not arrive at North Road, until 1.25pm.

Ritchie Sutton was named in the starting line-up but pulled up in the warm-up with a calf-strain & that caused a reshuffle of the back four with Toby Mullarkey moving to centre-back, Brad Jackson starting at right back & Dan Mooney starting the game on the right wing.

It was Mooney who fired the Robins into a 7th minute lead, opening up the Regent defence on the edge of the penalty area before despatching a clinical left foot shot into the bottom corner from about 16 yards.

Alty were on fire in the opening 20 minutes, with Marcus Dinanga going close twice before Mooney's goal, but to their credit, Brightlingsea responded well & Max Booth got clear inside the Robins' penalty area & his angled shot looked destined for the far corner, before Tony Thompson intervened with a fine block.Regent also hit the bar in their best spell of the game.

This game had been arranged & very kindly sponsored by Altrincham Director, Cathal Morrison, who lives in Brighlingsea & his local Under 11 team. that Cathal runs (pictured above), were kitted out in new Puma Altrincham home kits & gave great vocal support throughout, celebrating each of the five goals in enthusiastic fashion!

As per the game plan, there were plenty of changes at half-time & Phil Parkinson's side were back into their stride quickly. Shortly after the hour mark, Ryan Colclough doubled the lead with an impressive strike from just outside the area & Tom Peers made it 3-0  in the 83rd minute with a smart touch & finish. The goal of the game came in the dying minutes, courtesy of Sean Williams, whose 35 yard arrow like shot flashed into the bottom corner, rising no more than a couple of feet off the turf between the Ginger Pirlo's right foot & the back of the Brightlingsea net.

Marcus Dinanga completed the scoring in the final minute, with a close range finish, his 2nd goal in as many games.

All in all, this was a positive afternoon for the Robins & Brightlingsea Regent were perfect hosts on a pleasant sunny afternoon in Essex.