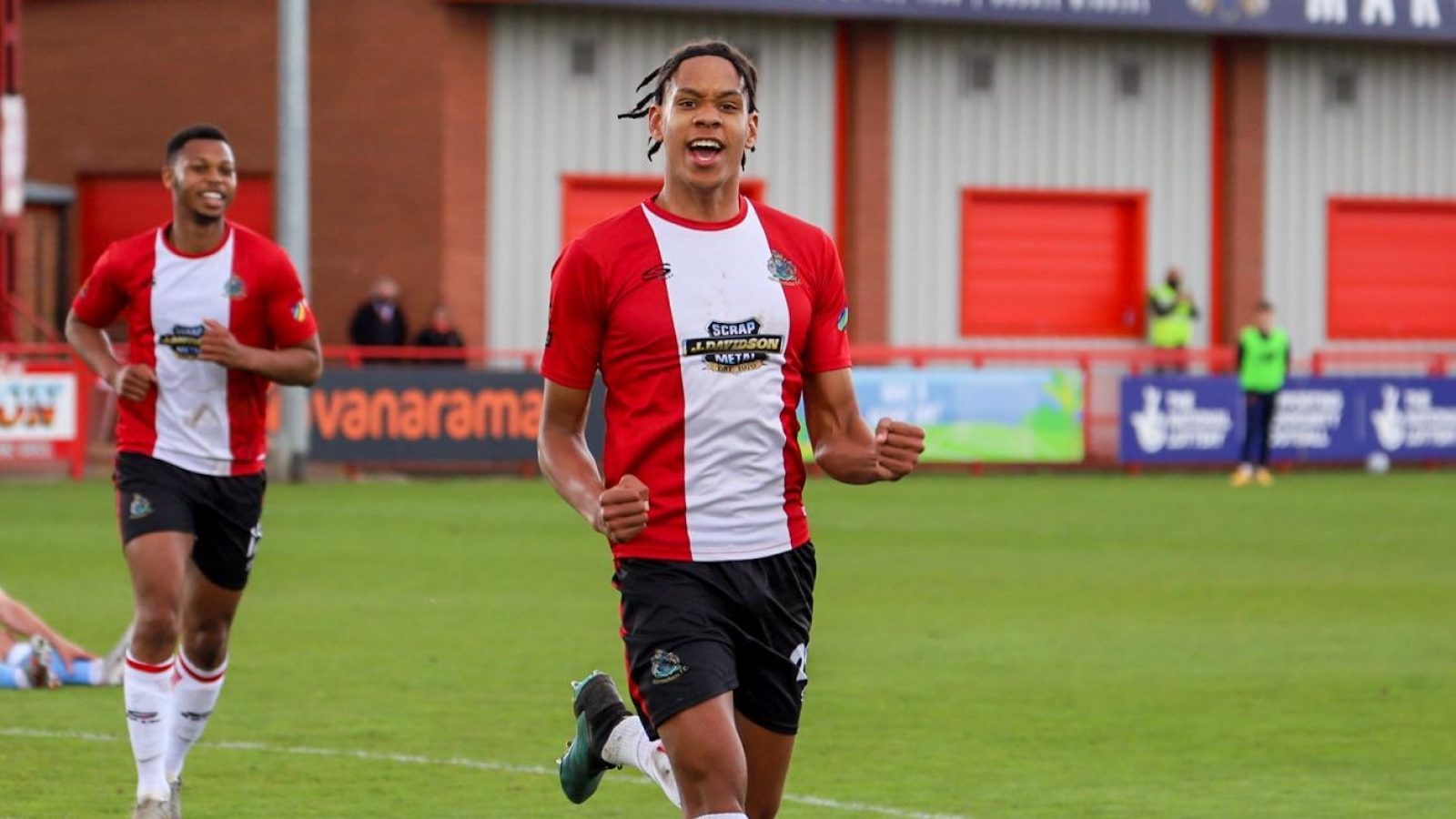 *Pride of our Ali .. a beaming smile from Alistair Smith after he scored in the 1-1 draw with Notts County two months ago. Picture by Jonathan Moore.

Influential midfielder Alistair Smith’s consistently outstanding form for Altrincham last season has won him a return to the Football League after newly-promoted Sutton United met his buy-out clause and signed him for an undisclosed fee.

When Alty bosses pulled off a spectacular coup five months ago by persuading the silky-skilled Smith to become a fully-fledged Robin, after an eye-catching loan spell, it was only on the condition the door would be kept open for a possible return to League football.

Keen for a second chance to prove himself worthy of playing at that level, he saw the obvious benefits of putting his career back on track under Phil Parkinson, after becoming surplus to requirements at Mansfield, but was equally unequivocal about needing contractual assurances that we would not stand in his way if the right offer came in from a Football League club.

Alty were in no position to argue, or mood to, given the latent talent that was beginning to emerge during Smith's loan period and Alty boss Parkinson’s proven track record for helping players realise such potential to the full.

Further stellar performances from the 22-year old might hasten his departure, but Alty would gain from them in the meantime and secure a fee from the buying club that would immediately be made available in full to the manager for reinforcements.

The current Alty set-up has proved a player pathway for burgeoning talent before, with the likes of Owen Dale, Josh Lundstram, Chris Merrie and James Jones all benefiting from time spent under Parkinson and Neil Sorvel, and there was a growing air of inevitability it would happen again.

Smith’s sustained excellence in Alty colours drew predators to games home and away in growing numbers, with Vanarama National League champions Sutton the first to act decisively and pledge the amount needed to trigger the escape clause in his 18-month contract.

Much as the Robins would have loved to have had the former Mansfield midfielder pulling the strings once more next season, there are no ill-feelings from the club over a move they could do nothing to prevent happening.

‘We are naturally disappointed to lose Ali but he leaves with our best wishes,’ Alty director Rob Esteva said of a player who made 31 appearances for the Robins, including 30 starts, and scored three goals. ‘He joined the club desperate to play first-team football and kick on with his development, and it is clear to see he has done just that.

‘At the time of signing Ali on a permanent deal, the key factor behind getting it over the line was the inclusion of a buy-out clause to enable him to return to the EFL if the opportunity arose.

‘The level of performances that Ali has produced with us has been exceptional, and there has understandably been plenty of interest in him. Credit to Ali that he was only interested in moving back up to the EFL and not to another National League team, otherwise he would have stayed with us.’

As already stated, every penny of the fee will go to bolstering the playing budget, with efforts continuing to make the squad as competitive as possible in the Vanarama National League next season.