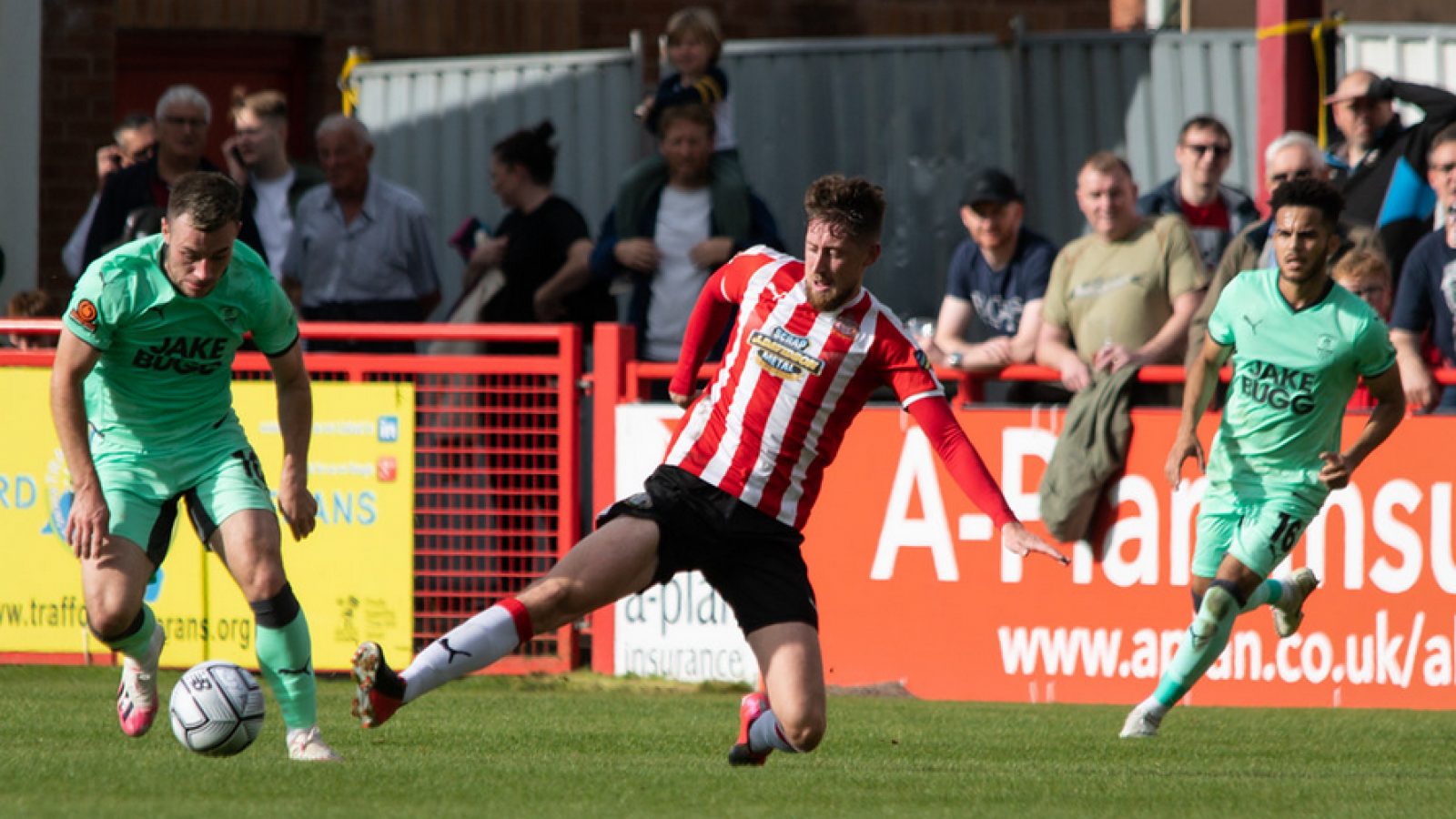 Featuring as a trialist during pre-season, Bunney joined Altrincham shortly after our 3-1 opening day win against Torquay United and has been an impressive performer in Phil Parkinson’s side, making first team appearances against Wealdstone, Notts County, and King’s Lynn Town.

However, the 28-year-old has reluctantly had to part company with The Robins due to his work commitments away from football, with the former Rochdale and Northampton Town man now joining up with last season’s FA Vase winners.

Settling into a new side can often be a daunting prospect, regardless of age. However, Joe fitted into our squad brilliantly, becoming a popular figure in the dressing room. He has been nothing short of professional during his brief, but impressive, stay with the club.

While we are saddened to lose his services, we understand his circumstances and wish him nothing but the best for the future, both on and off the pitch.

This move is subject to FA and League approval.