By the left! Loan signing Berkoe just the job for Alty 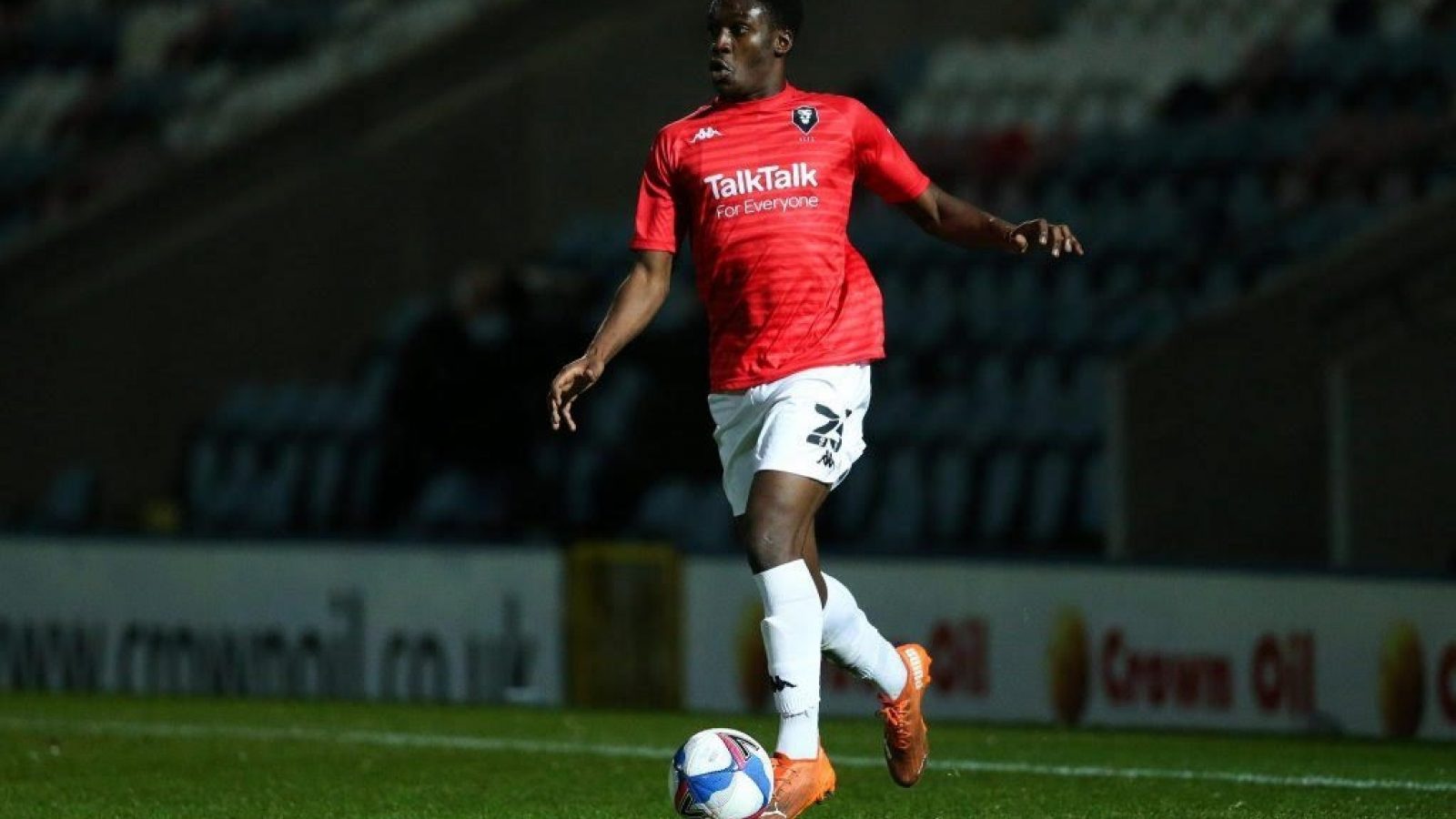 Altrincham have added strength and power to their back four after landing left-back Kevin Berkoe on a month's loan from League Two Salford City.

The 20-year old, renowned as a forceful presence on the left flank, has joined the Robins until February 13th and goes straight into the squad for tomorrow's Vanarama National League game with Grimsby Town at Blundell Park.

His timely arrival provides manager Phil Parkinson with an important extra option, as Andy White builds up his match sharpness after only recently returning from injury and Connor Hampson continues his recovery from a groin problem that has kept him out of the last four games.

Initially part of Chelsea's youth set-up, Berkoe, who will wear squad number 24 for Alty, continued his teenage development at Wolves, where he had three seasons as a regular in their under-18 side before signing for Oxford United in May, 2019.

Described by Oxford boss Karl Robinson as 'quick and technically very good', the powerfully-built 5ft 10'' full-back made his debut against Peterborough United in the EFL Trophy before being loaned out to Oxford City, where he scored two goals in 17 appearances.

He was snapped up by Salford, on his release from Oxford United, at the start of the 2020-21 season and made an EFL Trophy debut against Rochdale before joining AFC Telford United on a month's loan.

There was barely time for introductions to his team-mates before he was pressed into action against Brackley Town, and though Telford lost 2-0, the Shropshire Star singled him out for 'a fine display' and described him as 'one of their few successes'.

He was a regular starter for Telford after Dennis Greene replaced Gavin Cowan as manager, prior to Salford recalling him two months ago. He has made three cup appearances for Salford so far after they initially signed him with the intention of letting his game progress in the Development squad.

Welcome to The J.Davidson Stadium, Kevin, and best wishes from everyone at the club for a successful time in Alty colours.