Capital gains the target for Alty as they head south looking for another win on the road! 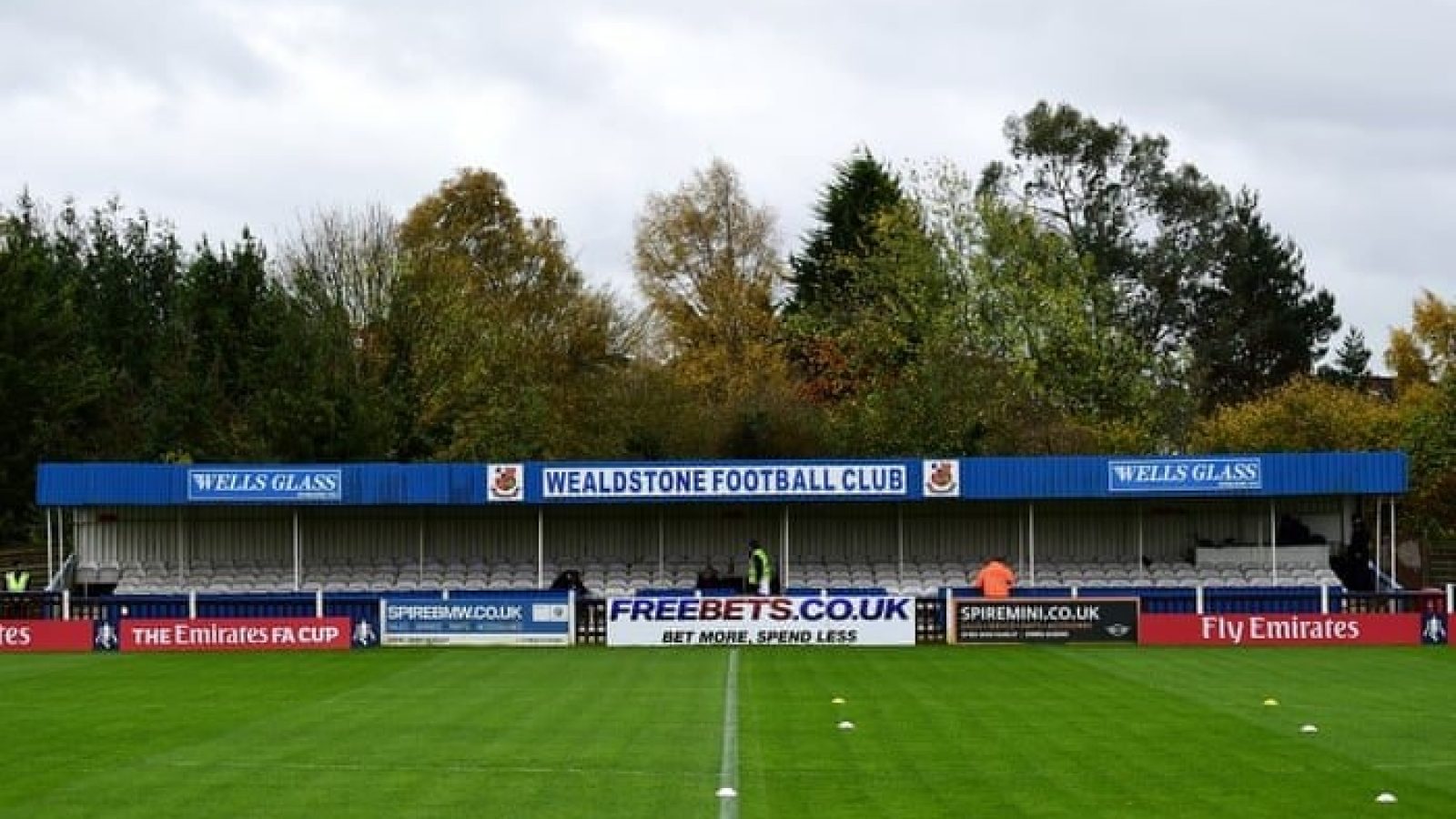 Altrincham hit the road again on Saturday as they head to the Capital to take on Wealdstone. Here, ED PAINTER sets the scene for game day four in Alty's Vanarama National League programme.

The Robins will be looking to secure their third win from four games this Saturday as they make the long journey south to London to face Wealdstone at Grosvenor Vale.

Following the 2-0 loss to FC Halifax Town on Bank Holiday Monday, Phil Parkinson’s men put on a show to remember in front of a bumper crowd at The J. Davidson Stadium last weekend, beating Andy Hessenthaler’s Dover Athletic side 3-2.

Koby Arthur had given Dover the lead after only eight minutes, cutting inside his marker before firing past Tony Thompson into the bottom corner of the Alty net.

The in-form Dan Mooney drew the hosts level after 21 minutes, collecting Joel Senior’s low ball on the edge of the penalty area, before finishing brilliantly beyond Josh Bexon.

Alty found themselves behind for the second time in the game when AFC Wimbledon loanee Aaron Cosgrave scored an early contender for goal of the season, picking out the top corner from range with a powerful strike in the 57th minute.

And constant pressure finally paid off for Parkinson’s side when they were awarded a penalty in the 84th minute, following Danny Collinge’s foul on Ryan Colclough. Stepping up to take the spot kick himself, Colclough expertly found the bottom corner to secure Alty all three points.

You can watch the highlights of that 3-2 win by pressing play below.

Following that result, the Robins moved up to eighth in the Vanarama National League table, four points ahead of Wealdstone in 19th, having played one less game than the Stones.

This will be the first meeting between the sides this season, with the last outing taking place on January 26th this year at The J. Davidson Stadium.

In that game, the Robins took the lead after 39 minutes, when Josh Hancock rose highest to get his head to an excellently-struck corner, with the visiting ‘keeper unable to react quickly enough to keep the ball out.

Wealdstone were not to be deterred and kept pushing forward in search of an equaliser. However, they were unable to create anything that gave Tony Thompson much to worry about.

Having been brought on moments earlier, Colclough almost made an immediate impact in the second half, striking the post with a powerful low shot, before Hancock was denied by the Wealdstone ‘keeper and the woodwork.

The Robins kept pushing and, in the 80th minute, Alistair Smith netted his first goal for Alty. After Tom Peers missed a golden opportunity to double the score, the combination of Joel Senior and Smith presented the midfielder with the opportunity to slot the ball underneath the ‘keeper’s legs.

In what was an action-packed game, the Robins were able to deal with the threat Wealdstone posed, securing a win which their performance deserved.

You can watch the highlights of that 2-0 win by pressing play below.

Promoted from the National League South after the 2019/20 season, having secured the title when the final table was decided using PPG, Wealdstone found things difficult last season, finishing 19th with a record of 10 wins, seven draws and 25 losses.

Looking to make an improvement with some impressive summer signings (Andrew Eleftheriou, Josh Umerah, Ira Jackson Jr, Rhys Browne and Matt Buse, to name a few), the Stones have yet to taste victory, despite four closely-contested games so far.

After narrow defeats to Woking and Chesterfield, Wealdstone secured impressive back-to-back draws against Southend United and Dagenham & Redbridge, leading many to believe that a place further up the Vanarama National League table could very well be within their reach.

In their last outing against the Daggers, who had won their previous three games, Umerah, who joined the club from play-off finalists Torquay United, gave them the lead after only eight minutes, before Paul McCallum drew the hosts level 10 minutes before the break.

Wealdstone then restored their lead in the 75th minute, when Dennon Lewis cut inside from the left wing and fired past Elliot Justham into the far corner.

However, six minutes later, the Daggers pegged the visitors back again, as Myles Weston floated a tempting cross into the box which Saunders converted past George Wickens.

Wealdstone are managed by Stuart Maynard, who replaced Dean Brennan midway through last season after the former manager cited tensions behind the scenes surrounding his contract and the relationship between himself and the chairman.

Maynard arrived at the club in May, 2019, having worked underneath Brennan since 2012 with clubs such as Hemel Hempstead Town, Billericay Town and Kingstonian. The current Wealdstone manager was already well known by the supporters after playing for the Stones during the 1999/2000 season, following his release from Watford.

His assistant is Matt Saunders, who ended his playing career with Wealdstone, only to take up a position in the dug-out. Like Maynard, the former midfielder has plenty of non-League experience, featuring for six different clubs after he was released by Fulham in his early 20s.

You can listen to live commentary on Radio Robins, sponsored by Ashley Mowers Garden Machinery. The broadcast starts at 2.45pm

1) By visiting our Match Centre on the club website.