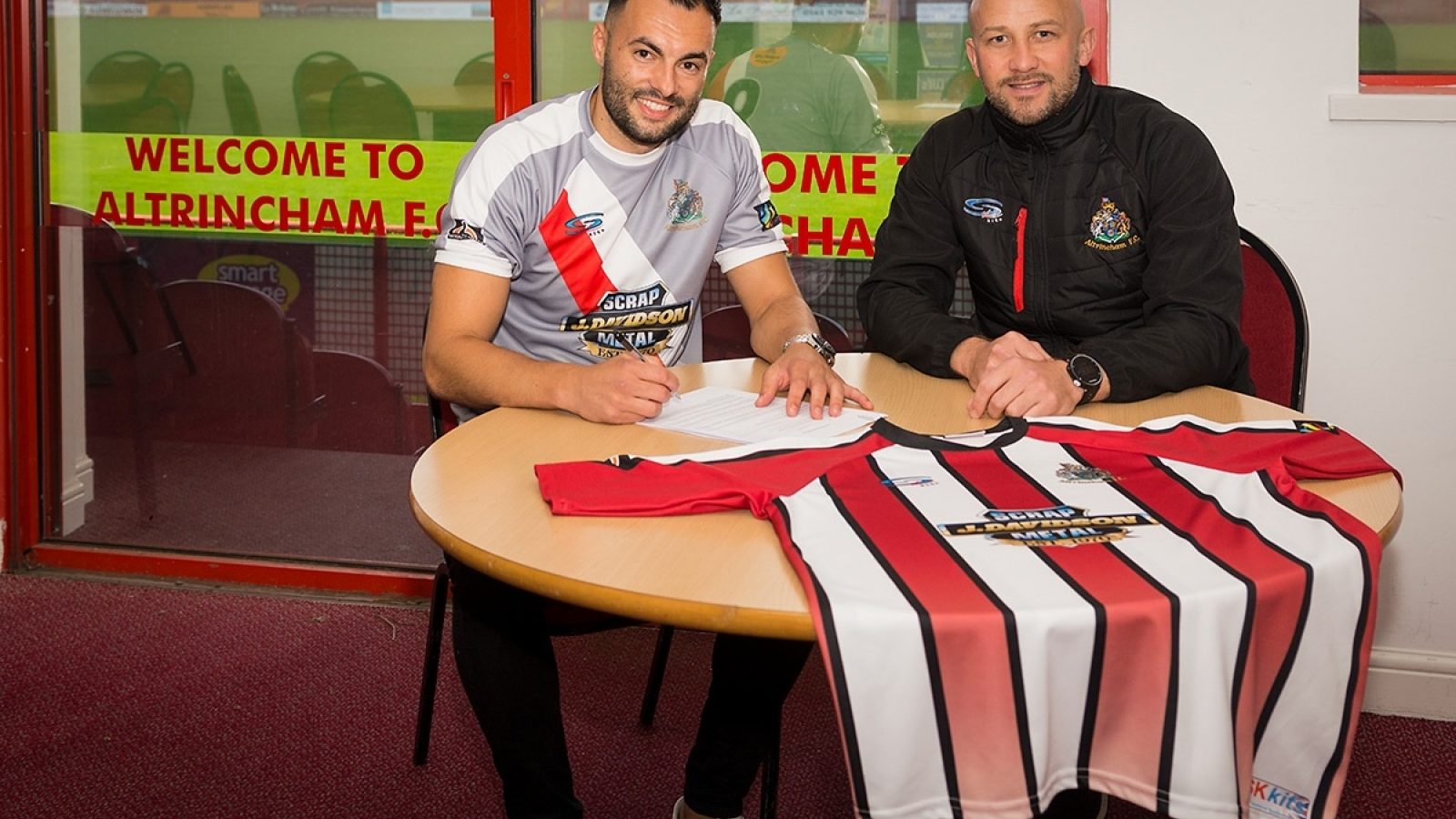 The Alty boss won a three-way battle for 27-year old Pontefract-born Branson and signed him for an undisclosed fee in time for the start of the Robins' pre-season build-up early next month.

It is an eye-catching piece of business that should go at least some way towards offsetting the disappointment of losing James Poole to a fantastic career opportunity in Australia, and it was conducted by Alty bosses in a manner that drew glowing praise from their Bradford counterparts.

In a statement on their website, the West Yorkshire club said: 'The club would like to thank Conor and wish him the best with his move. Bradford (Park Avenue) would also like to thank Altrincham FC for their professional standards and business approach during these negotiations.'

Branson is fresh from a highly-successful debut season at the Horsfall Stadium, where he scored 12 goals, including one against Alty, and won Mark Bower's vote as manager's player-of-the-year. In an eventful game at the Horsfall Stadium last September, he briefly put a dominant Bradford 2-1 up with an emphatic finish in the 52nd minute, before Alty rallied and turned things round to win a hugely-entertaining game 3-2.

The 6ft 2in midfielder is at the peak of his powers, at 27 years old, but has already started looking to a possible future in coaching and is the holder of a UEFA B licence.

He began his career at Barnsley and captained the Academy side in 2009 before being promoted to the senior squad the following season with a ringing endorsement from Reserve team boss Nick Daws, who said: 'Conor has done really well as captain of the Academy. He is a leader, a talker and an organiser. He needs to work on his game, like everyone else, but he is a real prospect.'

Branson featured on the bench for Barnsley in three Championship matches in 2010-11, without making an appearance, and played eight times for Guiseley, following his Oakwell release, before heading to the United States, where he won awards for his all-round game at the heart of midfield for a number of clubs and had trials with MLS sides DC United - currently home for Wayne Rooney - and Columbus Crew.

He returned to this country last summer and quickly made his mark in a Bradford side who were among the title favourites until losing key players and slipping to a seventh-place finish that just got them into the play-offs, where they fell at the first hurdle.

He is now fully focused on bolstering Alty's midfield in a bid to go one better next season, and everyone connected with the club wishes him a happy and successful stay at The J.Davidson Stadium.

The club would also like to express their gratitude to Bradford (Park Avenue) officials for their help and co-operation in the matter.

*Watch out for Brian Flynn's interview with Conor on the club's website tomorrow.