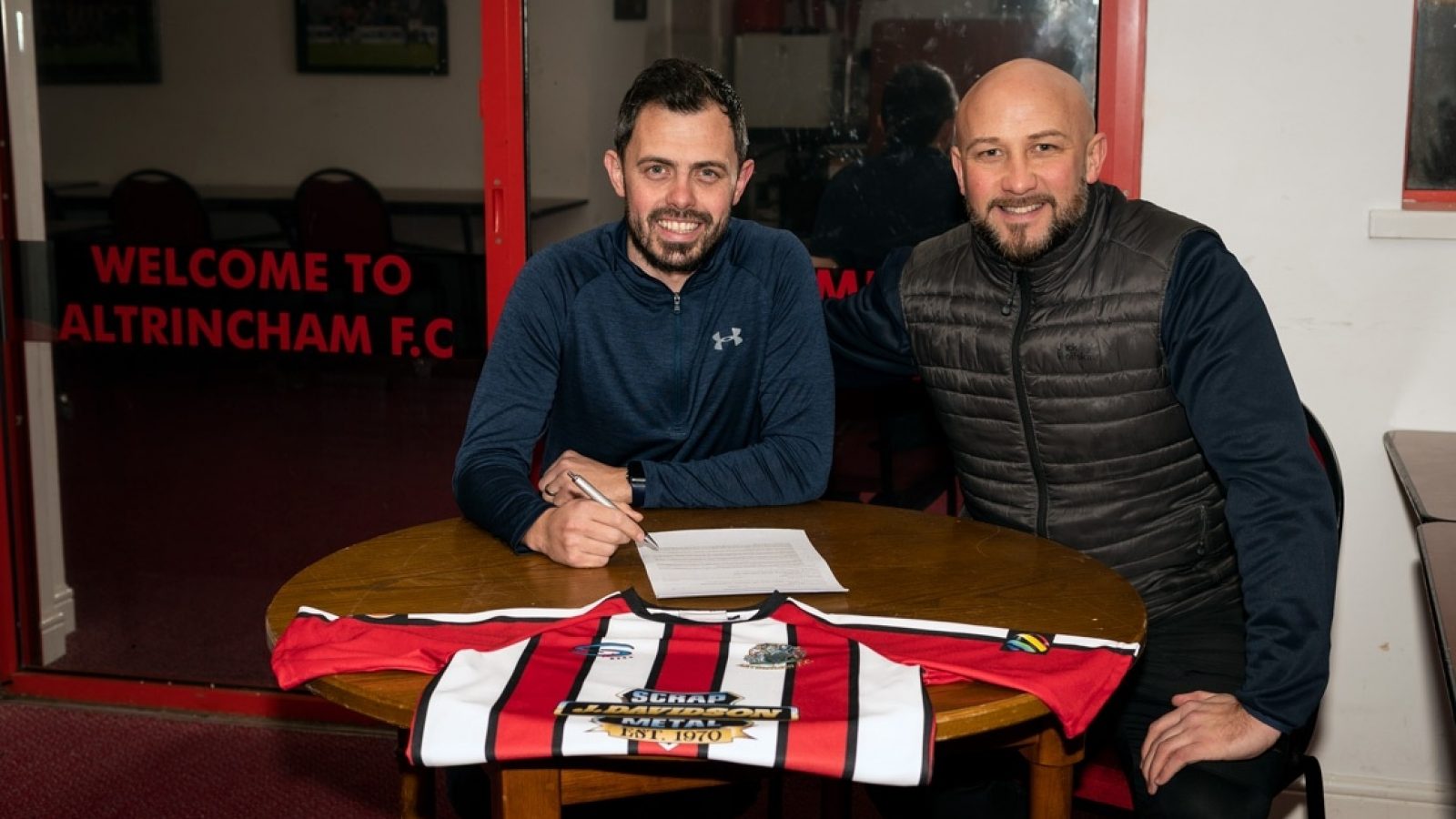 Altrincham have signed Craig Mahon from Chester as part of a deal that has seen John Johnston move to the Cestrians for a substantial fee.

Altrincham Football Club received a bid from Chester that triggered a clause in the player’s contract that enabled Chester to speak to him. Phil Parkinson explains:

“It was an incredible deal according to JJ that was offered to him and having spoken to Chester, he, who got married last year & has a family to support, wanted to move. It’s a good deal for us as we are receiving a substantial sum of money for a player who has done well for us and we are getting a very good player in return as well.

JJ will be missed, he has played consistently for us over the last three seasons and been a loyal servant to me and Altrincham Football Club. I’m very disappointed to see him leave at this stage of the season and everyone will be disappointed to see him go, but this is what happens in football and we have to move forward and someone will step up or come in and take his place.

I did everything I could to keep him but I still could not get near the deal he had with them. I also want people here who want to play for Altrincham and are not wanting to be somewhere else as that can hugely disrupt everything we have created as a changing room environment, but should also always be at the core of being at this great historic club.

I tried to sign Craig Mahon in the summer but he decided to accept Chester’s offer and stay at the club where he has been a fans favourite and legend for 7 seasons. Craig has had some injury problems this season, but he has just returned from a successful loan spell at Ashton United and I have spoken to Michael Clegg, Ashton’s manager, who I know well & trust his opinion and he told me that Craig is fully fit and had done very well for them.”

Both transfers are subject to National League & FA ratification.

Statement from Altrincham FC on John Johnston’s move to Chester

You will have seen in the statements from Altrincham FC and Chester FC, that John Johnston has left us to join Chester FC.  As one of the club’s highest profile players, the loss of Johnston might be seen as a backward step, but do not mistake Johnston’s departure as such – that is simply one factor in this deal, which is one that is, when taken in the round, a forward step for the club,

Consider this; joining the club today is Craig Mahon, a stalwart of non-league football; an icon at Chester and a target of Phil Parkinson for quite some time. He brings a wealth of experience and talent to the club and we look forward to seeing him pulling on a red and white shirt.

The fees we have negotiated for our former winger are substantial, and ones that could not be ignored. The money will take its place in our war chest as we look to strengthen our squad further for our pursuit of a play-off place.  Without a fee of this magnitude we would not even have considered Chester’s offer.

John Johnston returns to work under his former management team from Salford City as a much-improved player after three years under Phil Parkinson and Neil Sorvel.  They have taken him to levels he has not achieved before.  He has been a stalwart for us over the last three seasons, and we thank him for his service for the club.

As well as accelerating our search for further suitable players, we are looking at our operating model to see if it properly equips us to attract and retain players of the quality we need.  We will correct where necessary, we will look to continuously improve the way we work on and off the field to deliver to Phil the resources he needs to keep moving the club forwards.

If you want to share your thoughts with us on this, it is another good reason to attend tonight’s Meet the Board, Meet the Manager evening in the Community Sports Hall from 7pm.

We look forward to seeing you there.